✅ Trip Verified | Los Angeles to Chengdu. Sichuan Airlines is playing refunding trick to all international flight customers, we have requested a ticket refund on 2/7/2020, and our tickets are eligible for a refund with a $100 refund cost. The airline shows refund pending for more than two weeks, then I called the airline, the rep says our tickets were passed the first refund check and waiting for second refund verification and that can take up to another 15 business days. this airline is playing refunding game by not giving the customer a clear refunding policy and that extremely long refunding period is cheating and hurting international travelers. All travelers who need to book with Sichuan airlines should book with credit cards that backed with protection (like most U.S. credit cards) just in case they will play the refund game forever, 2: check your refunds, you might forget and they might forget yours too!
7/10

"Worst flight I ever had to China"

Not Verified | We booked the flight because it was rather cheap on ctrip. 24 hours before departure my wife got a message that my flight from Changsha to Chengdu was cancelled and we should call the airline company. Due to Chinese New Year and the Corona-virus it was pretty hard to contact anybody, so we decided to take the car to the airport. At the airport, the ticket desk was unable to change my ticket, Sichuan Airlines was unable to change my ticket, so we had to call ctrip. After nearly 2 hours we got the schedule change and I was able to get an earlier flight. Would have wished the airlines had offered me the schedule change by themselves. Service on the flight Changsha-Chengdu was non-existent. I am not sure if that was due to turbulence or to the virus, but it was just a two-hours flight and I had brought some food of my own. In Chengdu I had to get my luggage and wait for 5 hours to check it in again, fortunately there is a good lounge for transit passengers at Chengdu Airport. At 11 p.m. the Sichuan Airlines counters got really busy as there were many flights departing. It was really crowded, but service was quite quick. I was pretty surprised when the flight to Rome got cancelled, maybe due to personnel shortage because of the virus. My gut-feeling says the flights to Prague and to Rome were pretty empty, so they cancelled one flight. Passangers to Italy got rebooked to our flight and even that one was not full. Seats were a bit narrow and my earphones did not work, but I was so tired (take-off at 2 a.m.) that I did not need any in-flight entertainment. Luckily, there was no food-service at the start, so passangers were able to sleep. The flight-attendants handed out bottled water and snacks, when I awoke I found snacks and water on the vacant seat next to me. Very thoughtful. 2 hours before landing they served breakfast. It was not a lot, we did not even get trays. It was Chinese food and I liked it, but for Europeans who cannot eat spicy food, the choice was not good. I am used to spicy food, but even I considered the breakfast to be quite spicy. No drinks were offered for breakfast. Luckily, I always try to get a seat near the galley, so I could get hot water during the flight for my tea. All-in-all, Sichuan Airlines was quite cheap, the aircraft semi-clean and in-flight-entertainment choices were okay. If you are not too tall and do not need to many amenities, I can recommend this airline. Worst flight I ever had to China, but still reasonably comfortable.
1/10

✅ Trip Verified | Helsinki to Chengdu. Poor service, poor cabin hygiene, failure of air crew to maintain control over unruly passengers, seats reclined and bags on seats and everywhere during take off and landing. Food options no choice, only chicken noodles served with a set of a doughnut and salad. There was beef for the air crew to enjoy during their meal break. Air hostesses chatting loud during the flight, others cutting their nails at the same corner where food and drinks are prepared (photo attached) for the passengers. One hour and a half after taking off, a message was broadcasted telling passengers the aircraft will soon be taking off, therefore fasten seatbelts. One hour delay for the take off from Helsinki to Chengdu on that day, November 22nd, 2019. Even if this is the only option to fly directly from Helsinki to Chengdu, I would never opt for it again! 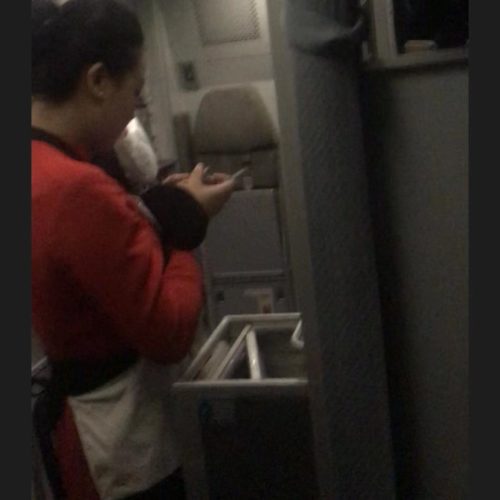 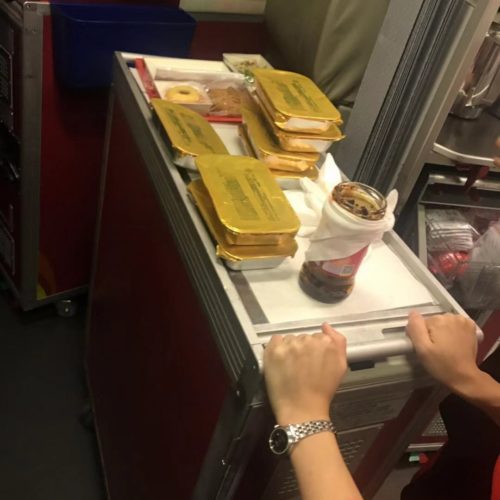 "There is no customer service"

✅ Trip Verified | Helsinki to Copenhagen. This is kind of a disaster. I was suppose to fly with my brother and since Sichuan Airlines is a Chinese air company they don’t board those who has 1 entry Schengen area visa, which happened to my brother. Although the flight attendants were extremely rude and mean to us we didn’t say a word about that. It was on November, 4. We called to the hotline and got promised to get a full refund. However no one contacted us within 3 days as it was promised. I email them and got an answer that they will contact us within 3 days and I emailed 7 more times already and got the same answer. I called couple times to they got line but they don’t seem to speak English because apart from “sorry, we’ll contact you within 3 days” they can’t say anything at all. There is no customer service and people are just being ignored for months.
1/10

"Sichuan Airlines is scamming us"

✅ Trip Verified | Los Angeles to Hi Chi Minh City via Hangzhou and Chengdu. The flight from LAX to HGH was normal and on time. Flight from HGH to CTU was delayed for about 1 hour. When we got to CTU, the Sichuan Airlines informed us that our connection left and refused to rebook us on the next flight. We will be stranded if we don't have money to buy ticket to transit to SZX. If we bought the ticket to transit, the rest of our trip, including the return trip, will be cancelled because we didn't complete the LAX to SZX trip even though it was their delayed flight issue. I had to buy new one way ticket to return to the USA on the return trip. Sichuan Airlines dumped it on Expedia saying that Expedia sold the ticket and they are responsible for everything. Like many other passengers who were on the same situation with me at CTU airport that day. We all agreed that Sichuan Airlines is scamming us. Instead of rebooking us on the next flight due to their own delay of the inbound flight.
10/10

✅ Trip Verified | Auckland to Shanghai via Chengdu. The food was very good from a Chinese perspective. The service was impressive. The crew members were nice and passionate. Also, for transit in Chengdu, the passenger is able to claim 50 yuan voucher, free 24-hour baggage storage, free transit commendation in Chengdu. Based on this price, you cannot ask more. Thank you Sichuan Airlines for the wonderful memory.
1/10

Not Verified | Beijing to Auckland via Chengdu. Horrible experience from flight delayed, no accomodation provided, the manager at the airport doesn't speak English in Chengdu doesn't understand a word. No specific meal requirements we were told to go here and there wasting our time and energy, no clear info give or as part of service recovery for their flight being delayed for nearly 8 hours. My fault to trust Sichuan and booked because it was cheap - but you will go through a lot for the money paid. Way behind other competitors in market.
9/10

"fly Sichuan in the future"

✅ Trip Verified | Auckland to Chengdu. Their cabin was fresh and clean and being a newer aircraft, was kept very well. The service is warm and professional. The seats fold flat and my kids slept for most of the 13 hour flight. We arrived relaxed and stress free considering that we had 2 young kids to look after and worry about. Night flights with kids are the way to go. The food was very tasty. The flight attendants were very polite and accommodating. They never made you feel you were a burden to them. I will happily fly Sichuan in the future.
2/10

"recommend not to catch"

✅ Trip Verified | I was travelling from Melbourne to Kathmandu. I had two transit Chendung and Lasa. On flight to Chengdu I receive beef curry with rice however I ordered Hindu vegetarian meal. I ask for Hindu meal and air attendant replied me “we don’t serve Hindu meal. Really if you don’t serve why it’s in the option? I had one hour transit on Chengdu . One that time I have to claim my luggage go through immigration process standing on huge queue and drop my luggage and check in and pass through security area within one hours and there was no one to assist. Whenever we ask some one for help or anything same reply “no speak English “ “No English”. On Lasa I crossed the security area but mistakenly my partner’s visa slip was with me. I request one security office to give that to my partner who was standing on another side of security area. But security man as just saying “you go “ “you go” and he even physically push me on my shoulder. He was not even speaking basic English and becoming aggressive, unprofessional, manner less behaviour. Plane from Lasa to Kathmandu was smelling horribly, sit was very old and looked like old local bus. I request two sit together they provide one on row 14 and another on row 15. I will never catch any Chinese flight in my entire life and recommend not to catch.
1/10

"stay away from this airline"