✅ Verified Review | I traveled Yangon to Singapore return in economy. They have an eight seats Business class session but it was not occupied on outbound. Up to row 8 is premium economy but the same kind of seat as economy. Boarding was swift on both flight. Cabin ambience was nice and greeted by crew in colourful dresses. Male crew wore blue suit. Seat was ok for me but will have problem for tall and slightly larger passenger. Both flights probably have only like 60% load factor. Safety video was very informative and done in Burmese which could surprise foreigners who had never been on a flight before. However, the English run was done after the Burmese so all is good. Meal service started after seat belt signs was off. SIN-RGN starts with a drink service and a coffee run after meal but RGN-SIN went straight into meal. UB001 was two choice noodles and friend rice. My neighbour chose noodles but the crew did not have it and said will return but never did. When tray was collected the same crew pretend it did not happen. The meal was small and not delicious. SIN-RGN has a choice of chicken and fish curry rice. I chose chicken and it was surprising good meal. The vegetables were surprisingly fresh and nicely cooked. Mood lighting is also part of this new aircraft so it was a comfortable cabin to be in. My travel was during the monsoon so the flight was a bit bumpy but not to the point where they have to stop the inflight service. They also provide duty free shopping but on both flight the MNA plane model was out of stock. They have power supply in seat and in flight entertainment through wifi service was good but limited materials. I still enjoy it for a 2.5 hour flight. 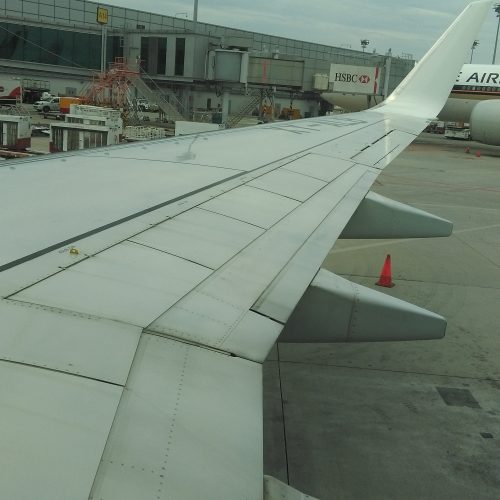