No entertainment. Always late and don't care about the passengers. Have not flown the for a while because of bad service experiences in the past. Then they changed their flight schedule and it suited better time wise so I tried them again. 4 flight and 2 were delayed. Will now miss connection due to them as as expected they won't care. Food is really bad and the planes are falling to pieces on the inside. The last 4 flight has had seats with hand written notes out of order and the neck rests are not there, it's open metal rails and they are at the emergency exits.
1/10

London to Lagos - most of the inflight entertainment was not working. Made the journey very boring. The food was too salty and again most of the inflight entertainment were not working. 5th July 2015 my return journey back to London with Arik Air, the flight was delayed. Our flight was meant to depart Lagos at 12pm only to be told at 12:33 that the plane was been re-refuelled. After blankets were handed out, we were expecting the headsets to be handed out. Only to be told, due to a technical glitch, there would be no in-flight entertainment at all. The plane was also very dirty. Unbelievable in this time and age. I also noticed that their food portion is getting smaller. 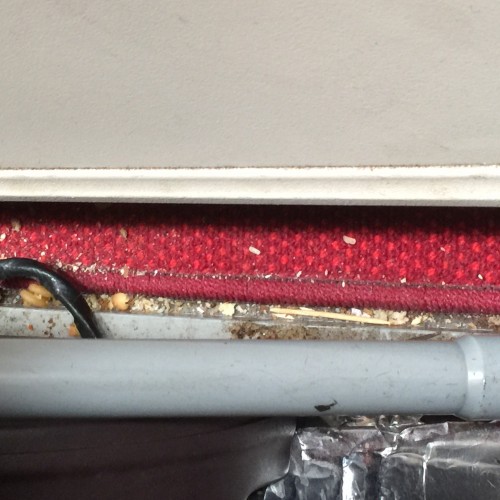 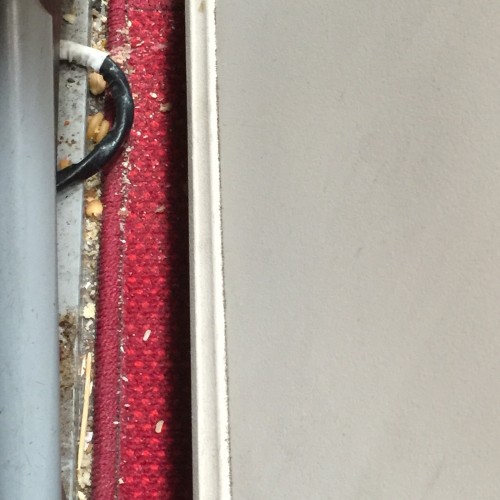 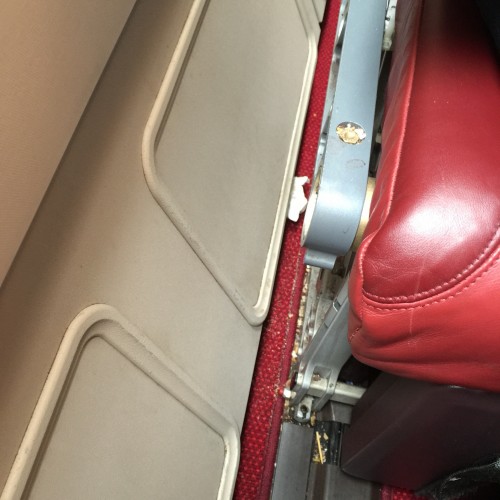 W3 720 from Lagos to Abuja on 21 May 2015. W3 308 from Abuja to Accra on 21 May 2015. I am a regular ARIK passenger but have become frustrated beyond measure by the pathetic timekeeping and consistent delays experience with this airline. This morning we suffered an hour delay flying from Lagos to Abuja and tonight the Abuja to Accra flight is delayed by 2 hours thus far. Can the management of the airline not understand that people who fly are generally business people who need to be efficient and on time. Memorized standard apologies for inconvenience caused made by totally uninterested staff and flight commanders is not sufficient to cover the poor performance and failure to deliver.
5/10

I mostly travel with Arik Air and was never impressed. The flight from Lagos-London on 20/03/2015 was different as the inflight service was satisfactory but I noticed that the cabin crew were mostly foreigners and had a "HiFly" tag on. Arik should keep this standard and improve on it. The inflight entertainment was a sweet and bitter situation as some worked and some did not.
1/10

Flight from JFK to MMA. The check in staff were helpful and polite and we thought flying Arik would be a pleasant experience regardless of the bad reviews alas this was not the case. The security briefing was uninspiring to say the least an airline of Ariks size should really use a video people had to move their heads and practically get out of their seats to see what the crew member was doing and the person with the script had trouble with reading it. The inflight entertainment system didn't work and the staff didn't seem to care they were not apologetic or surprised it made me wonder when last it had worked. The staff were very unprofessional not courtesy in the way the addressed customers they didn't offer any extra drinks or snacks for the duration of the flight until they served breakfast. The food was unappealing and small in size. Overall Arik was a great disappointment and I will never fly them long haul again.
1/10

No airs or graces about Arik Air. My last trip from Lagos to Johannesburg was very bad firstly all passengers were waiting at the departure gate when a ground staff announced a delay because the flight staff i.e pilot and the crew were not at the airport yet. When they eventually arrived they asked us to give them some time to carry out their checks. Once onboard the customer service received was very poor. No headset provided for the entertainment system when I asked for the headset I was told they had none. Staff were very blasé about the whole situation no apology or even acknowledgement of the problems. On the return trip again the entertainment system was not working and no running water in the toilets. This is my 1st and last trip with Arik Air.
1/10

2 days ago I was in Lagos. There was already an 8 hour layover before I boarded this plane to JFK our boarding passes said we were to board at 9.30 pm and depart at 11.30 pm. 9.30 passed 10.30 passed. No updates as to why we were all sitting there not being attended to. A few minutes past 11 a female employee comes and tells a few people that our plane was indeed "faulty". Then she proceeds to say the next flight was not leaving until 10.30pm the following night. Some time went by and a male employee comes and gives us several different messages while on the phone being followed around by passengers he tells us the next flight will leave by 1.30 am long story short our original departure date of 11.30 pm turned out to actually be after 3 am. Bad customer service on the flight not organized in the airport - overall just a bad experience. I will not recommend Arik Air.
7/10

I recently flew business class from London to Lagos and then on to Asaba. I hadn't previously heard of Arik usually preferring BA. However the Arik price was more than half the BA price and also had the guaranteed connections from Lagos. The business class product is impressive - the beds are better than BA and the cabin feels a lot more spacious (including a bar where you can go to sit). The cabin crew were also very friendly. The internal flights were both delayed because of the weather - this was dealt with well by the Arik staff. Though the inflight entertainment is not too good and the customer service is not quite up to the BA / Virgin standard I was still impressed with Arik and would certainly fly with them again.
1/10

I waited in Port Harcourt airport for 10 hrs for a flight and we were never told a thing by Arik reps. The same I fly very frequently and I have not seen a worse airline. First you can't track the flights which wouldn't be so bad if there were any employees or a desk to find out what is going on but there isn't. In our case the flight was delayed 11 hrs. When we all showed up at the gate 11 hrs later our plane was no where to be seen and we waited with no information for another 2 hours. On our flight from NY to Lagos the planes air system was not switched on until we left the gate. The crew at least in my section did a good job to take care of us. On our flight from Lagos which was finally located and some crew from the airport loaded us on the plane there was no water soap or paper in the bathrooms. Half of the food was missing. On my return flight when I got to the airport I was told the connecting flight I was booked on does not even connect with the flight to NY in Lagos and doesn't leave for another 5 hours and that I could try again 2 days later but the same thing would probably happen. So they booked a flight connection that doesn't exist! I spent $1900 on a new flight out of SL on Brussels.
1/10

I waited in Port Harcourt airport for 10 hrs for a flight and we were never told a thing by Arik reps. The same story for the time the plane was arriving and when it did arrive my Emirates flight had departed Lagos at 2130. I made it to Lagos at 1130 and had to change my flight and get a hotel. A poor excuse for an airline and customer relations is even worse. I came back into Lagos and got delayed by 3 hrs again coming to Port Harcourt.
21 to 30 of 53 Reviews