"crammed into a stifling room without air conditioning"

✅ Trip Verified | Unpleasant. When I was there, hundreds of passengers were crammed into a stifling room without air conditioning. It's the kind of heat you can't imagine unless you experience it. (The small duty-free shop is air-conditioned so I spent a lot of time examining bottles of spirits and picking through trinkets.) Arrival wasn't much better. There were three different entry forms on offer and the staff member I asked said I should fill in all three. It turned out only one was right.
1/10

✅ Trip Verified | The infrastructure is poor as expected. However, this can be managed if the weather is not hot. What makes the airport one of the worst is the staff. Unfriendly service almost everywhere especially in the lounge. This is better than the ground floor service (still bellow any standards). The airport is pretty chaotic and the security is more than questionable.
2/10

✅ Trip Verified | I did not experience any line ups or other issues experienced by others. The whole check-in process was easy and the staff was helpful in checking our bags all the way back to Canada. We visited the lounge upstairs but the lounge was very outdated with stale food. Not recommended but it is better than downstairs waiting lounge. 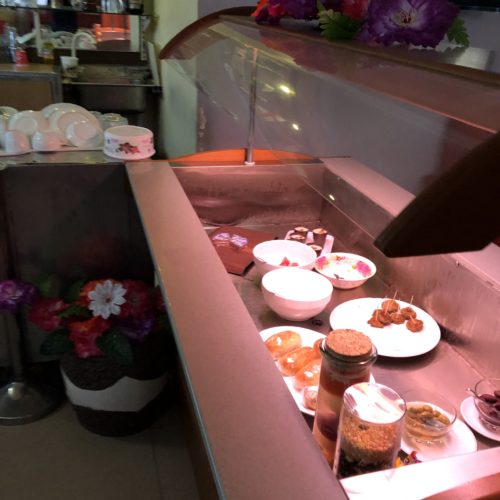 "worst airport I have ever seen"

Not Verified | The worst airport I have ever seen! No organization, huge queue, everyone asks for money, temperature inside is so hot you can’t imagine. I asked to switch on the aircon and they laughed at me for my request. Never again.
1/10

Not Verified | Horrible airport, everything is chaotic and people constantly want money for everything. The security searched my husband’s bag (checked luggage) and decided that a mosquito repellent and a deodorant must go to rubbish cause of the inflatable liquid sign on them! You must be joking! When I explained to her the toiletries and personal care items are allowed and she could as well take another 5 items from my suitcase following her logic thinking, she said I need some education! Who is the one who needs education? Can’t even do her job properly. Or maybe she wanted me to “buy out” the items I was about to lose? Hah! The funny thing is that everybody who wants to visit Zanzibar will have to go through that horrendous experience as there is no alternative airport. Good luck to whoever is flying in the future.
1/10

"the worst airport I have ever visited"

✅ Trip Verified | I am lucky to have travelled to many remote places with small airports. Zanzibar is the worst airport I have ever visited. Arrival meant waiting for luggage in a barn in tropical heat as bags were hauled in 2 by 2. Departure started with queuing outside the airport for half an hour in heat for all passengers to put all their luggage through only 1 scanner. The entrance for this allowed only 1 person at a time to sort their stuff. Inside was hot, dirty and provided no information on flights. No one knew when planes were going or seemed to care. It would have made a good comedy sketch but this is an international airport handling thousands of passengers.
5/10

"very small and only short walks"

Not Verified | Old terminal building but very small and only short walks. Quick delivery of bags. Small souvenir shop where it is possible to find last minute items.
5/10

"cannot imagine how it is during high season"

✅ Verified Review | For arrival: there is only one place to collect your luggage, without belt, but anyway you won't miss it. The toilet next to arrival gate was clean, but very basic. Many moneyexchanger shop inside the airport with relatively good prices (little bit lower than outside, but much better than in Arusha) For departure: very basic airport, no airco, so as can be immagined, it is hot and humid. The check-in desk is basic (if don't want to call it old-fashioned). The waiting room is small and very basic, with few shops (agaim, warm!). The toilet is clean. Very good free wifi. Announcement is clear. My visit is at the end of high season, cannot imagine how it is during high season!
8/10

✅ Verified Review | Travelling from Stone Town Airport Zanzibar City is a bit like travelling used to be in the old days. Firstly, when I approached the airport building down a walkway, I was stopped by a security person who asked for our tickets. That we no longer have plane tickets caused no problem because I had an official printed version of my itinerary, e-ticket number and 6 character booking code. If you do not, you will be sent off to some isolated part of the airfield area to get one (as were a bemused couple in front of me) – from whom I have no idea because the only people likely to be able to provide one are in the terminal. Next we went through the standard x-ray security system. There was only one x-ray machine, they were concerned about my belt and watch but not about any liquids I was carrying. Inside the terminal building were a number of desks for the current flights. Our luggage was weighed on some old scales positioned behind us, then tagged and we were told by a cheerful man that they would be put on a trolley and wheeled out to the plane – no conveyor belts to go wrong here! Then it was time to fill in the Departure Form, queue for immigration, a photograph, fingerprints, another stamp on the visa and we were ready to go through security again in order to get into the departure lounge. This time water was confiscated, and belts and watches removed for the security gate. The departure lounge was small with sufficient seating for two lightly filled planes. There was no air conditioning anywhere so it was very hot and humid. Replacement water was available in the duty free ($1 a bottle) and there were a couple of shops selling snacks and drinks and some very third world toilets. Surprisingly, the duty free had a very good range of children’s books about Africa. Although there are no departure screens, there were fairly clear boarding announcements. Surprisingly there was good free wifi accessed through a passworded system – the password is helpfully given on the log-in page. All passengers are coached to their planes unless they are boarding one of the small tree hugger planes which also use the airport. All building work on the nearby large new terminal seems to have stopped. Although somewhat chaotic and old fashioned, the airport worked for us without any problems other than the heat and humidity.
3/10

Absolutely chaotic. Lines snaking all over the place. You have to pay for the visa by credit card in one queue and join another for the visa. $50 for all but American who pay double. Believe me, it does't seem to be getting used in any way. Only one bureau de change but rates okay and he was efficient. Baggage? No carousel. The staff member asked me what colour my bag was and identifies it this way. It is supposed to be scanned but I bypassed this and nobody moved off the chair. Outside the airport is basic, very basic. Taxi drivers and hotel pickups are outside in the dark. The road immediately outside the airport is in extremely poor condition. I have been to many places and this is one of the worst I have seen.
1 to 10 of 16 Reviews