✅ Trip Verified | It was the most favorite airport. I mean was and I am writing about terminal 3. But today I am waiting for my flight which departs at H - gates. and there is no place to eat at all! Just Starbucks and Chinese cafe. Before I used to eat and wait for my flight in Burger King, but just a half month later suddenly fence appeared! So there is no food in Starbucks write now, no shops with products and I realize that I still need to wait 2 hours my flight and then spend 9hours in the plane. Why just one month ago there wasn’t a fence and now people can’t eat anything except Starbucks waiting for a flight from H and G gates?? And I am sure many flights are more than 5hours. Now it’s like a prison - no place to go in a huge airport 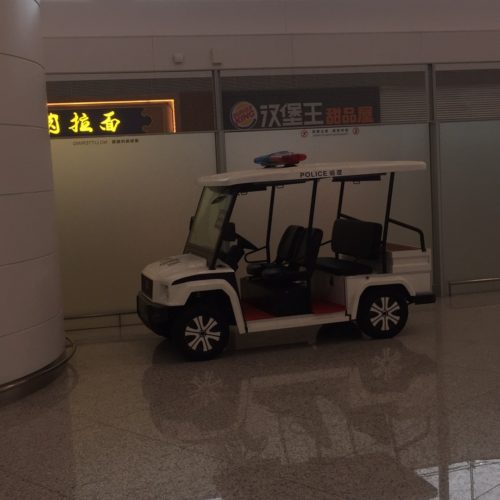 ✅ Trip Verified | My incoming flight by West Air was arriving to Terminal 2 at night, and my onward international flight was from Terminal 3 several hours later in the morning. It was easy to find the transit bus stop (there were a few taxi drivers offering their services at the arrival hall, but they weren't annoying as long as they saw I'm uninterested), and, despite my worries, the bus was operating at night and my wait time was no longer than 10 minutes. On the way, the bus stopped a few times to pick up and drop off mostly airport staff in a few places, including the now-disused old Terminal 1, but it took no more than 20 minutes to get to Terminal 3. Terminal 3 is very modern, but looks a bit empty except the departure floor where there are quite many shops (many of which started to open after 6am) and restaurants. I didn't have time to get out to the city at Chongqing, so I picked up some food souvenirs at Mannings supermarket as well as another smaller shop - the prices, while possibly higher than in the city, didn't seem to be overly so. The 7-eleven has some inexpensive foods as well. Wi-Fi is free, doesn't take much hassle to log in, and is fast enough. Check in desks look unusual with those futuristic large machines where all the baggage goes in place of traditional rubber belts. Otherwise, the check in and security procedures were as usual. Didn't have too much time to explore the airside, but it looks a bit empty too. 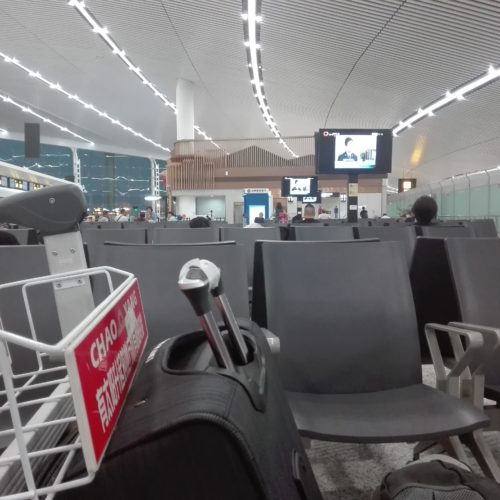 ❎ Not Verified | Chongqing Airport is one of the biggest in Southwest China. The new terminal 3 is just 1km away from the old terminal 2, and is well connected by metro line 10. The airport terminal is very spacious and well designed that incorporates with many new technologies. Mine was a direct flight by Hainan Airline to JFK. The departure area has all sort of restaurants and shops, which makes the last minute shopping possible. Facilities are very clean and well put. My only concern is the long waiting time at the border control.

"the staff were so kind"

✅ Trip Verified | I was flying alone to Chongqing. The booking process was easy, but I left my camera on the plane. I felt anxious. When I came to the transfer counter and told them the situation the staff were so kind. They made some calls and directed me to the lost and found centre when I found my camera.
7/10

"airport is very thorough and stricter than most"

✅ Verified Review | Arrived early for my morning flight. Check-in was easy enough but then made a mistake at the security checkpoint. They have introduced Female Only lines, which I think is a nice touch, so I had to change to a male queue. This airport is very thorough and stricter than most, in regards to security, requiring me to surrender a battery pack due to the label sticker worn away and not able to prove the size of the device is under 10,000Mah. My flight is leaving from pier A in terminal 2, so I decided to go down the escalator at the end of the pier and have a McDonalds breakfast. However I was surprised when the staff there claimed that their breakfast menu was not available, it was 8.30am. However I stuck to my choice of a Bacon and Egg McMuffin until they relented and finally made it. They were being lazy in only wishing to serve regular burgers all day. The bonus was ability to order and receive a Flat White coffee made with real fresh milk, not UHT, from the attached McCafe. Upon ascending the escalator, it was almost time for my plane to board, which was handled surprisingly well, with anyone trying to push into the line being rejected by airport staff. Upon my return to CKG, I arrived at pier B and was able to collect my bags and be out of the terminal in about 10 minutes, from the gate to being onboard the monorail into the city. Although this will change with the opening of Terminal 3A soon.
6/10

Flew domestically into Chongqing on Sichuan Airlines and for some reason our aerobridge was at the small International Terminal 1. Requiring us to walk 100m around the edge of the terminal concourse and walk down stairs to a shuttle bus to carry Terminal 2 which being winter was bitterly cold especially with the doors opened while the bus waited for a full load. Once inside the proper domestic terminal it was pretty straight forward and standard routine. Once excellent feature was a lady handing out bi-lingual cards listing taxi fare prices to over a dozen destinations around the city to discourage touting and rip offs. For the return I found out the single domestic Terminal 2 is actually split into 3 separate halls A B and C. If you flight is leaving through hall C you can not enter via A or B security points. This also means you are technically shut off from the shops and facilities in the other sections too such as the McDonalds in hall A. However you are able to walk downstairs to the Arrivals level and use the transfer signage to direct you to the other areas making the segregation of the terminal areas pointless. Lastly with the security it was the only place I was asked to take my boots off beyond the X-Ray machine which all passengers were made to do. However with only one seat it meant a longer wait as you could not progress until the person in front had taken off their boots was examined and then re-laced them.
5/10

Landed at the newer of the two terminals. Baggage collection was fast and was able to buy a phone card easily on the lower Arrivals level but telephones were only on the upper Departures level. Security was tight with baggage tags checked by airport staff. No illegal taxi touts hounding you and bus into the city was quick and easy. On departing the airline waiting areas were large and comfortable. The food in some places was cheap very cheap. Same as supermarket price for bottle of Pepsi. Had a gate change but was handled quickly and easily. Efforts were made to keep me informed despite being the only foreigner on my flight. New monorail will soon open from airport to city. Airport taxi prices are not too expensive but be prepared for a wild and crazy ride.