✅ Trip Verified | The experience starts with the airline asking us to be at the airport 2 hours before the flight yet they do not open the check in both until 1.5 hrs before the flight. The airline asked me to check some hand luggage as I am boarding and hand me a receipt. Once I land, I wait for my hand luggage and it doesn’t come out so I asked the people unloading where it was to which they respond to talk to the air line company. We go to their booth and there is no one there so we call and they do not pick up. After searching the airport and talking to people for 3 hrs. I find out the airline company only opens the booth when they have flights so if your flight lands and they do not have flights, you cannot reach them. They also do not pick up the phone unless you call in “certain hours”. The next day I manage to reach them on the phone and after wasting 2 hrs of my time, they say, there is nothing they can do since they are only a call center to book flights, even though that’s the only number on their website. The only thing they say is that I had to report my lost luggage in person at the airport but after spending another 3 hrs that morning looking and waiting for their booth or ticket counter to open, they did not. After failing to reach their “booth” to report my lost luggage, I had to take my next flight. After landing I call them again and they refused to connect me to their airport department. . We also tried to send emails to them and the only response we got was to call or go to the airport in person. The next day we have some local family go to the airport and try to make a report and even after talking to us on the phone, they refused to accept the report saying we had to appear in person even though we had already left. They also claimed we had messed up by not reporting this so the bag was too far lost but they weren’t even available or answering calls! Worst flight company ever. I would not recommend it It seems to me that asking us to check in a hand bag last minute was on a half empty flight was a scam to steal it, so be careful if you choose to fly with them. Plenty of other companies are available for the same price.
10/10

Not Verified | Excellent service. I flew on a 1hr 5m flight and the crew were excellent, from boarding to disembarking. The crew offered a complimentary snack on-board, the seats are comfortable, and the flight was smooth. There were no delays or inconveniences during the flight. The seats recline and although they are a bit old, they are still leather and big, so it's very comfortable. The crew helped me find my seat and they had a great attitude when I ordered a glass of water twice. I will fly with them again, 100% recommended. 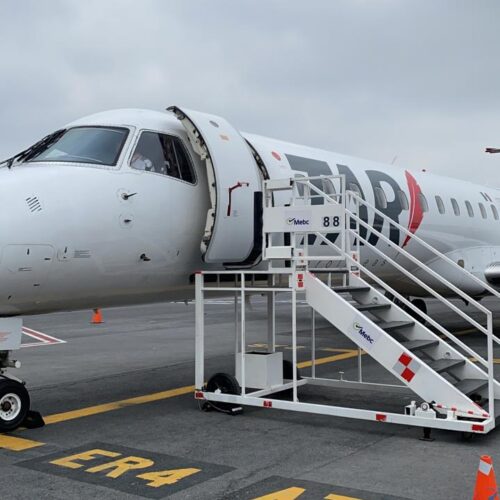 "still waiting for the refund"

✅ Trip Verified | Huatulco to Oaxaca. Booked our flights 6 months in advance and a month later they cancelled our flight. We had booked a return trip and one leg was cancelled but they insisted on cancelling both legs and that I buy a new ticket on the one leg that we could use. The company promised a refund for the cancelled flights plus a 25% bonus as it was the airline that had cancelled the booking for “operational reasons”. They would not reverse the charge on the credit card and insisted that we supply banking information for the refund. We provided all of the information and after several phone calls we still are waiting for the refund 6 months later and no signs of it coming. It appears to me they are running some kind of a scam as I have read a number of reviews with the same complaint. I would suggest if you do not receive your refund in a short period of time ask your credit card company to reverse the charge as the airline has not provided the service. Timing is critical with the credit card company.
1/10

"Do not fly with TAR"

Not Verified | Do not fly with TAR. We had several internal flights with TAR arbitrarily cancelled due to "operational reasons." TAR has no problem taking payment from your credit card but they refuse to refund $ back to your credit card in the event of a flight cancellation. Pathetic level of service when flights are cancelled and absolutely no empathy or process to correct their own misgivings as an airline. Don't waste your time and money. Fly with a real airline.
1/10

✅ Trip Verified | Queretaro to Puerto Vallarta. Worst airline ever - do not use them. I just bought a ticket yesterday for a trip in July and today they cancelled the return flight for “operational reasons.” TAR is now getting known for delays, random cancellations, lying to customers about flight cancellations, horrid customer service on the phone and an online portal that is a joke (you can’t change your flight on it and so are forced to call their horrid phone customer service even when the airline changes or cancels your flight for no valid reason). Run away from this airline.
9/10

✅ Verified Review | Leon Bajio to Puerto Vallarta. Punctual airline. Small plane but confortable for a 50 minute flight and very clean. Excellent service and good attitude of ground staff and flight attendants. They offer you a small snack on board, free of cost. The check in process at the airport was quick because the airplane has a 50 passenger capacity. 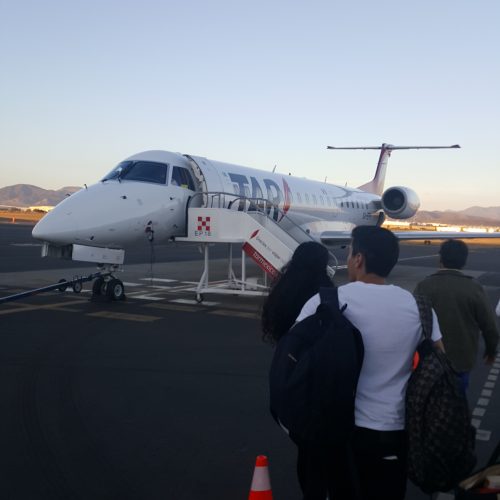 "worst airline on the planet"

✅ Verified Review | This is the worst airline on the planet, they canceled our flight two day prior to our flight and only one day after purchasing the ticket. I called in to get a refund and they insisted I email them a copy of my bank statement in order to get a refund. I don't know what kind of scam this company is running but don't book with them.
9/10

"service to be top-notch"

TAR Aerolineas is a new regional Mexican carrier which operates several routes in Mexico. Flew a domestic route round-trip and found the service to be top-notch. Aircraft brand new and clean, punctual departures and arrivals, attentive ground and cabin personnel, excellent value for money. Would choose them again when my travel plans take me to Mexico.