"the most narrow seats"

Torture for anybody over 185cm in height. Had my worst eco trip ever. The new Eco seats in SQ economy on their A350 are absolutely terrible. Seat pitch is on par with any low cost budget carrier. Bearable for 2hours but definetely not medium or longhaul. Absolutely no legspace and the most narrow seats I have sat in. Thats the stadard seats, the additional legroom seats against a surcharge are fine legspace wise but even more narrower as the tray folds out of the armrest and the compartment takes up space. Also end up with a weird seating position when the screen is folded under the seat as also this protrudes. Really disappointing and no idea who at SQ came up with these seat designs but seems from groundstaff and cabin crew feedback that this is a common complaint. If you have to fly Eco and are on the tall or wide side then suggest other carriers as this was definitely my last SQ Eco flight. 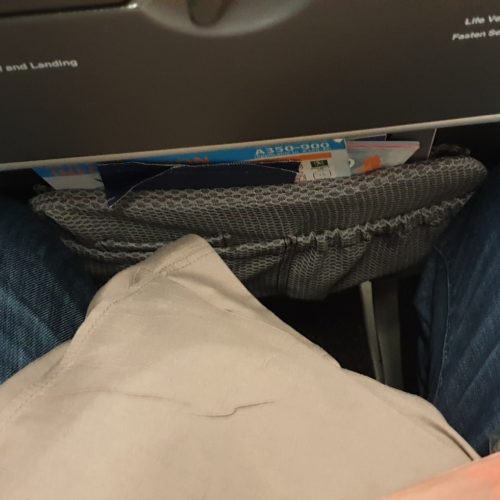 "The padding is also hard"

✅ Trip Verified | I normally do not have any problem with airlines configuring their Boeing 787-10 with a 3-3-3 configuration, however Singapore Airlines managed to screw it up big time! How did this seat become so narrow? Qatar Airways, Thai Airways, All Nippon and others all have their 787s configured in a 3-3-3 configuration, but the seat width on those planes are wide enough for my shoulders, and hence a comfortable flight. The padding is also hard, yet the seat is very thick. The seat base is quite small, and you may sometimes just fall off the seat. There is no remote for the TV screen, it was responsive except for one incident. One thing I don't understand is that there is a camera in the tv screen. The other seat functions are good, legroom is fine but the seat has set a bad taste for me and future flights on Singapore Airlines. Hope they can improve in the future or change their seat entirely. This was only a two hour flight to Bangkok. I can't imagine what it would be like on a red-eye flight to Japan!
10/10

✅ Trip Verified | On our flight from SIN-HKG (SG856), my wife and had the best flying experience we have ever had. We just happened to be celebrating our wedding anniversary. The flight crew on the upper deck of the A380 was incredible! From the warm welcome entering the aircraft to the personalized greeting at our seats, the crew made us feel incredibly comfortable. We booked seats 96D/F. They were incredibly comfortable in the upright and lounging positions, and when both seats are in the “full flat” position, they turn into a double bed. Although we were on a 4 hours day time flight, it was fun being able to lay next to my wife. The IFE system was great. The monitor was large and the resolution was great. The noise cancelling head phones worked well and were pretty comfortable. We both took advantage of the “Book the Cook” items for our lunch (she had the ribeye steak and I had the Lobster Thermidor) and there were both delicious. After lunch we were talking with the flight attendants and our anniversary came up during our conversation. About 5 minutes later a group of flight attendants were at our seats. They gave us a couple of Singapore Air A380 teddy bear, a glass of champagne and one of them was carrying a ukulele (they knew we were from Hawaii). They proceeded to sing a Happy Anniversary song to us, this was an incredible surprise and treat. We’d like to send our heart felt thanks to the flight attendants
4/10

✅ Trip Verified | Singapore Airlines have made a big mistake if you are a business class traveller like myself. The seats on the new A350 are so narrow there is almost a feeling of claustrophobia about them and to say they are uncomfortable is an understatement! Not only are these seats narrow they have no storage and there is essentially no back recline! To move or recline the back of your seat you have to move the whole seat forward when pressing recline button. Essentially you have to start the lie flat position which takes the whole seat forward rather than just the back rest. My trip last year Adelaide to London on the 777 was so ridiculous with the leg and recline positions I actually considered cancelling my return trip except for the fact that I managed to change my seat to the centre aisle bulkhead seat which was a little better, not so with the A350. This is a disaster. 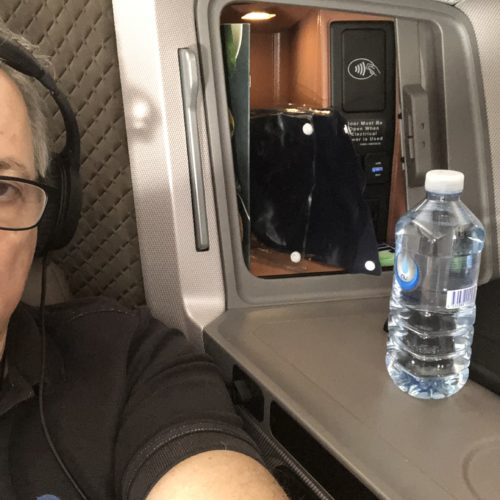 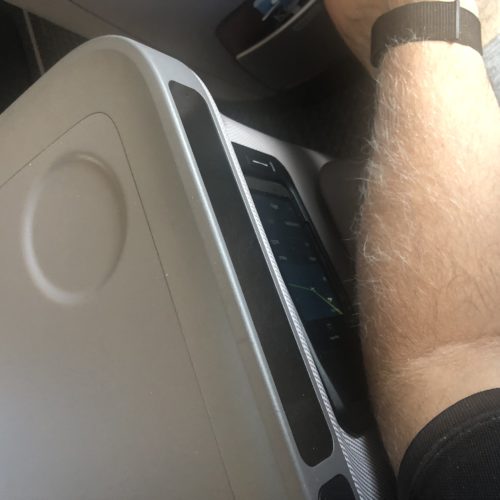 ✅ Trip Verified | Seat 33A on A350-900, last row, window. Small cabin, well positioned, seats very comfortable with all tech features and great IFE choices. Food and drinks service started in this cabin. Drink portions too small (tea/coffee), nearest toilets meant a walk through the cabin behind us. Toilet floors dirty and wet.
3/10

✅ Trip Verified | Premium Economy with Singapore Airlines is usually a pleasant experience but my recent flight on SQ221, an A380-800, was not the case. Specifically seats 32H and 32K should be avoided. These seats must be the worst seats in Premium Economy on Singapore Airlines. Firstly, there is no luggage space at all for passengers in seats 31H and 31K and if the board first they take up the limited luggage space for the passengers seated behind them. Secondly, the passengers in seats 32H and 32K have a cabinet adjacent to their seats which is used by cabin staff to store various sundry items, which the cabin staff access constantly throughout the flight. Not only does this mean the cabin staff interrupt the passenger in seat 32H constantly throughout the flight they often stick their bottoms in the face of the passenger as they do so.
5/10

"not impressed with the design"

✅ Trip Verified | I flew SQ833 and SQ255, Shanghai to Brisbane via Singapore on 27/28 February. On these journeys and on previous SQ journeys, I've flown Premium Economy. I am not at all impressed with the design of the seats. They're not particularly comfortable. Leg room could be OK with ingenuity. The folding trays slotted between the seats often cause all sorts of inconvenience to passengers and staff since they have to be stowed "just so" or they don't stow without awkwardness and delay. The lid covering the trays has no obvious lifting point or slot or button or ... On the 380 there were two buttons below the cover that had nothing to do with the cover but which seemed that they might do. I pressed one. A sort of thigh/leg support appeared. It was not wanted. I pressed retract. Nothing happened so there we were stuck with a half-projected support for the rest of the flight. Then there's the point for insertion of the head phone plugs - to the side and behind the passenger. A meal arrives, the tray has to be extracted and later retracted. And then there's a nice mix up of headphones cable , tray table, tray and confused passenger. Then there's the prissy little "pocket" on the back of the seat in front that may need to contain a laptop, an ipad, a documents gag, the free bottle of water and some medications. Well, well. Good luck with that - after a sick bag, a Kris world magazine, a Kris Flyer magazine, an emergency procedures card all have prior place. The floor has then to make do for head phone cover, amenities bag and newspapers and magazines that the profligate passenger may have had the lack of foresight to bring. Then try finding the medications with cabin lights out at 4 am without disturbing the sleeping neighbour by turning on the overhead light. All is darkness. No doubt SIA paid millions for this design. Maybe they were taken by the ominous black and orange colour scheme, one that in the world of nature does not generally bode well.
8/10

✅ Trip Verified | The A350 of Singapore Airlines is generally amazing. The seats were very comfortable and the TV screen view was generally good.
6/10

"my ratings have gone down"

✅ Trip Verified | The aircraft is an A330 and because this an older aircraft many of my ratings have gone down compared to the A350. The seat legroom can be better and also the seat recline.
10/10

✅ Trip Verified | Comfy seat with spacious legroom for someone who is 180cm tall. Love the cup holder and foot rest. And a vanity mirror at the tray table. Singapore airlines really make it the best and pay into small details to entertain passengers' needs 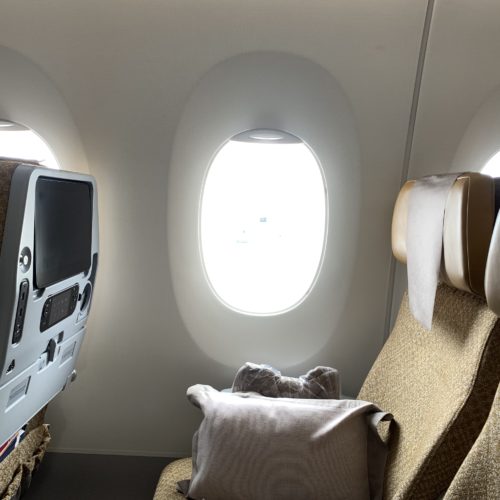 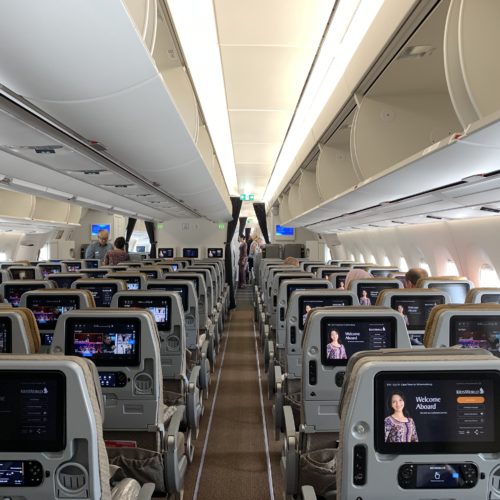