My longest flight until now - 17 hours in air but great seats for Premium Economy, very friendly staff and simply amazing food! Plenty of leg room and I think if you take the seats on the sides, then you get more storage space as well. The flight was smooth and staff looked after very well. 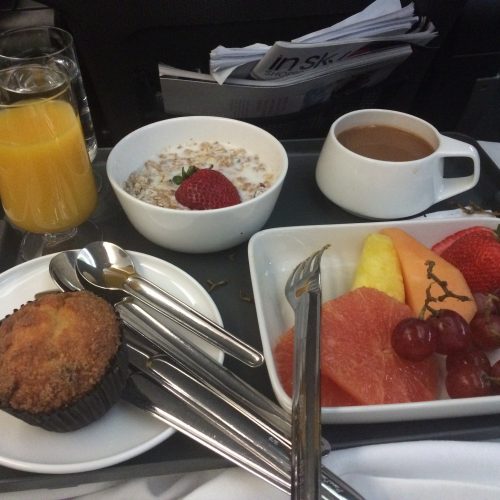 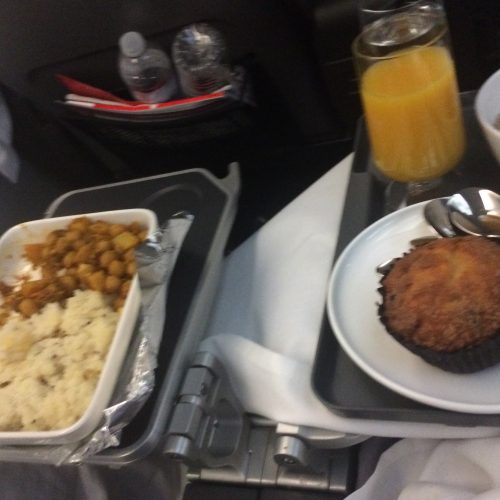 The A330 was an exceptional seat overall. Staff were extremely helpful and provided adequate support during the flight. The inflight entertainment was fantastic and provided a wide variety of entertainment. The seat had great recline and legroom and I could easily have fallen asleep on it. A great option for a travelling family. Route SYD-BNE.
7/10

I have to say that the Qantas legs were only what you would call adequate, nothing special for your A$6500. The seat backs are scuffed and scratched and the toilets while clean have obviously seen a lot of use. Row 28 is a refrigerator, beware. I had a broken footrest on one leg which while I could have relocated to another seat on the way over I wouldn't have been able to on the way back and that would have significantly reduced the comfort of the seat. Even then it's still not a huge seat and really it's not that comfortable, I have been more comfortable on a Singapore Airlines economy seat. Staff were quite good, reasonably attentive and fairly cheerful on such a long flight. The food was disappointing. I can't imagine what economy were getting. It was good, but not that good. The full breakfast is full of salt so beware, vegetarian meal was good but the bread was always stone cold, very, very poor. Regular pasta meal my partner had was awful. I don't fly a lot and in recent years it's only been on singapore airlines so I might be spoilt. But, that said, I did shell out the full fare on Qantas for a business class ticket some years ago and it was disappointing. Maybe this is the new normal but for my money Qantas needs to do better. I am the type of person Qantas wants to attract into premium economy but I'd have to say that they've failed to impress.
10/10

The seat is very large and comes with a leg rest. The seat reclines very far and TV comes out of the arm rest. There is good leg room so you don't feel claustrophobic and the cabin is quite small which is good. The Tv is quite large and you have storage compartments on the window seats and in front of you.
9/10

I found a very good promotional offer for flying Qantas Premium Economy vs Economy. The seat recline is not as much as I was expecting, but the seat itself was very comfortable. The design is very appealing. The comfort is higher than the hard-shell premium economy seats of some European airlines. The entertainment system is on a screen to pull-out, that makes it more flexible in terms of adjustment. And the size of the screen is pretty good. Response to the touch could be better. On the upper deck of the A380 there are also some additional storing spaces below the window, they are very spacious and extremely convenient. Given the price it was totally worth it!
9/10

Legroom and seat width were fine, TV screen was very good and sensitive. However the USB charger didn't work at all, not just my seat but many others as well. The recline was really good and comfy but beware if you are very tall, you might get trapped. I highly recommend row 44, it's a small little cabin where you can recline once after takeoff and during meal time as exit is right behind without disturbing the others. Also the seat can recline as much as others! I also found the net leg rest very comfort and much more better than the movable leg rest. Note that the lavatories are right next to it but I did not find it annoying as the queue was next to the exit door. Was a comfy flight.
1/10

Horrendous seat space, and terrible design. I was shocked with how small the seat area was - the seats are very narrow (I usually fly an A320 on the same route, and although the seat is only an inch wider, can you notice it). Not only are the seats narrow, but the legroom is non existent. My knees were jammed hard up against the seat in front, and with the design of the seat where if you recline the seat bottom pivots forward, there was no possible way of finding comfort. To add to this, the seat back design has almost no padding, leading my to get muscle spasms just under an hour into the flight - gee it was a fun 4 hours.
8/10

Upperdeck / Exit Row with Extra Leg Room (90$ additionally). 35J/K The Seats were good very comfortable, but because of the missing window and the temperature of this area I would never choose this seat again. I thought this area could be noiser than the standard economy area in the main deck, but there is no difference!
3/10

Seat spacing is appalling for an international overnight flight, seat pads are thin and after a few hours all our bottoms were aching. Reading lights switch on arm rest triggers lights, with lights flicking on all night. Not what I expect from a full fare airline!!!
5/10

New refurbished seat on A330-300 (red coloured seat). Seat width is OK, but pitch is terrible. Power point and USB charger are available. They provide a net footrest which I don't find it useful as all as I couldn't utilise it to rest my leg. IFE screen was pretty large with touchscreen function.
21 to 30 of 100 Reviews