✅ Trip Verified | Nice and comfy business class seat. The cabin staff were very attentive. I was offered business seat upgrade during my check in, which was a pleasant surprise, since my flight duration was 13hrs.
10/10

✅ Trip Verified | Boeing 787 economy class seat is comfortable with plenty space for legs. The entertainment system is decent. They have lots of classic or newly-updated movies with subtitles in different languages (English, Chinese, Spanish, French, etc). The lavatory was spotless with no unpleasant odor. The power outlet plug for the seat is easy to reach. The cabin crew was polite and considerate. They were working in the plane with smile. A variety of drink including milk, coffee, tea and various juice was offered in the plane. The food is better than what I had during my previous UA's flights. Overall it is a fantastic experience!
7/10

✅ Trip Verified | Pretty standard! I was able to sleep comfortably on this A330 economy seat. It seems to recline enough and the person in front doesn't limit your space if they recline. To be fair, for an 8 hour overnight flight in economy, I thought you could sleep/relax quite well on it
1/10

✅ Trip Verified | China Southern Airlines were an absolute nightmare. My flight from Sydney to Guangzhou was redirected to Hainan due to ‘bad weather’ in Guangzhou. We were not allowed off the plane and had to sit and wait for 7 hours until ‘the weather cleared up’ (even though our connecting flight took off an hour before we finally arrived in Guangzhou so we think they overbooked the flight). They had to ration food and drinks because stock was limited. When we finally arrived in Guangzhou, we spent over 150 AUD on the lounge in the airport as we had to wait for another 4 hours for the new flight they put us on to Ho Chi Minh and we were exhausted and wanted to sleep, shower and eat as the airlines did not provide any facilities or food during this stopover. Because of this delay my sister and myself missed out on a full day in Ho Chi Minh. The 4 hour delay for the flight back home from Hanoi to Guangzhou causing us to miss our connecting flight to Sydney created absolute chaos. We had to wait in a queue in Guangzhou airport at 11pm with hundreds of other passengers with missed connecting flights for over 2 hours. They finally announced there were no more flights back to Australia that night and that they would process everyone one day visas and provide accomodation for the night. By the time all this was processed it was 2am and we were told we needed to be back at the airport at 6am in order to queue to be put on standby for flights back to Australia. We ended up staying in the airport all night (which we were entirely unprepared for as the airport was freezing cold and we were in summer clothes and we did not have Chinese Yuan so had to pay for tea in the morning with our Australian debit cards which gave us a terrible exchange rate and there was no free clean drinking water in the airport) and from 5:30am had to wait another 2 hours in a queue until we were told there were no more seats available for any flights back to Australia until the 1st May. This was on the 28th April (our original flight was meant to be on the 27th April). China Southern’s customer service was terrible, there was barely any communication, there were parents with children waiting in the queue and people with no access to internet as China blocks access to people without WeChat. No refunds or flights with other airlines were offered, and it was expected that you come back to the airport from your accommodation everyday to get another day visa until a flight opened up. This is when my sister and I decided to make our own way back home, which took 4 days in total. The only affordable option home was through Hong Kong, Singapore and Gold Coast. We are now 2,000 AUD out of pocket due to booking new flights and other expenses such as meals and water, data roaming and taxi fares. We are both exhausted and came down with colds due to the chilly air conditioned airports and had to take 2 extra days of annual leave. Hopefully our travel insurance covers us for all this but there were plenty people who did not have travel insurance or internet and who may still be waiting in Guangzhou for a flight back to Australia today. I will never fly with China Southern again.
10/10

"satisfied with the seat"

✅ Trip Verified | Guangzhou to Adelaide on an A330. I was more than satisfied with the seat. It was suitable for me. I think the seat and surroundings were spacious and clean. TV screen is fantastic, there are different kinds of movies and games. That is awesome and interesting. I really recommend this flight and this airline.
8/10

✅ Trip Verified | Surprisingly, the Boeing 737-800 seat has enough legroom and width than the A321 aircraft. The aisle is also wider. The seat recline is just a few angle. Storage is just enough for a short flight. 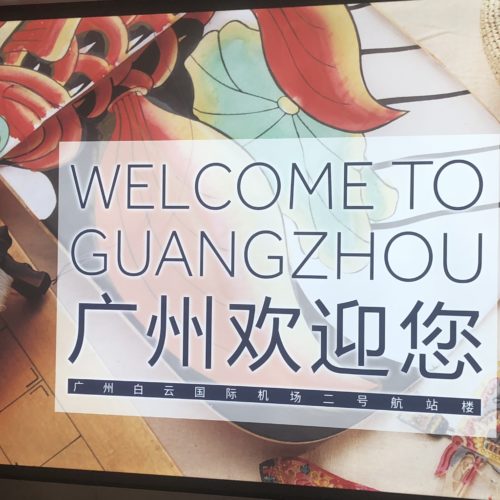 ✅ Trip Verified | Flew with this airline 5 times in total during from London to Bangkok and then back. On the first leg of our journey we had a flight to Amsterdam on a 737 then from Amsterdam to Guangzhou, flight was extremely comfortable in the Airbus and there was a lot of space, cabin crew was very helpful and they also made sure the aircraft was kept very clean through the journey, food was also good. On our way back they put us in a 787, flight was horrendous as this time we flew directly from China to London - it was a bit longer, would make sense to use your more comfortable aircraft. I had close to no space even though I’m only 6’0, worst of all the flight was poorly organised - when’s checking in I was told that myself and my partner cannot sit beside each other - instead we were put between between other couples (how silly is this), only to find out that the seat next to me was free - I saw mothers with children unable to sit with their second half because of how the seats were distributed - literally like flying with Ryanair. Food was awful and they ran out of beer after the first round of drinks. Do us all a favour and discontinue the 787 for flights over 12 hours- seats are broken, screens don’t function correctly, toilet seat doesn’t even stay up.
8/10

✅ Trip Verified | My check in was smooth and the lady at the check in counter was very helpful in getting my seat request fulfilled. The seat was comfortable and the crew was polite. Overall it was a pleasant experience and the only thing i think they could improved on is the quality of the food.
8/10

"the shape is kind of weird"

✅ Trip Verified | I'm rather small so the A330 seat space is fine for me. Cushion is supportive enough however the shape is kind of weird. If I sit straight up, there's a gap between my lower back and the seat back. If I lay back a little, my neck is going to bend forward which is fairly uncomfortable.
6/10

"legroom is rather minimal"

✅ Trip Verified | The A330-300 seat layout in both economy cabins seems very congested and overcrowded. The economy seats though well upholstered, does not offer much comfort for long sitting down. The head rest is and tilt angle is OK. The legroom is rather minimal and not so comfortable for tall persons. Getting in and out of economy seats not so comfortable
1 to 10 of 25 Reviews

China Southern Airlines is a state-owned airline and a member of SkyTeam alliance. Its main hub airport is Guangzhou Baiyun Airport, the airline operates more than 600 passenger aircraft, including Boeing 787, Boeing 777 and Boeing 737 and Airbus A380, A330, A321, A320 and A319. China Southern Airlines fleet is ranked the largest in Asia and the fifth largest in the world. 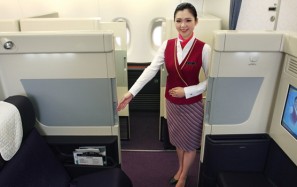 On demand dining (*not all flights) 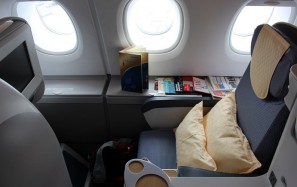 China Southern Airlines cabin/seat layouts can be viewed on the Seat Map in menu below.

USB power (*not all flights) 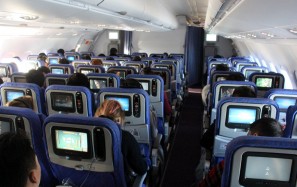 At Guangzhou Baiyun Airport, premium customers have use of the China Southern Airlines First and Business class lounge. 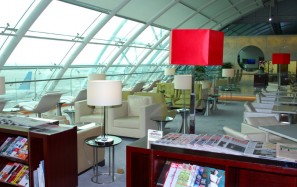 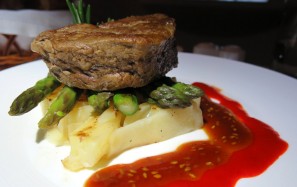 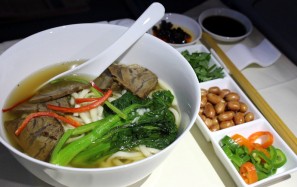 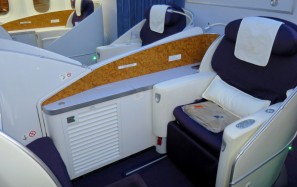