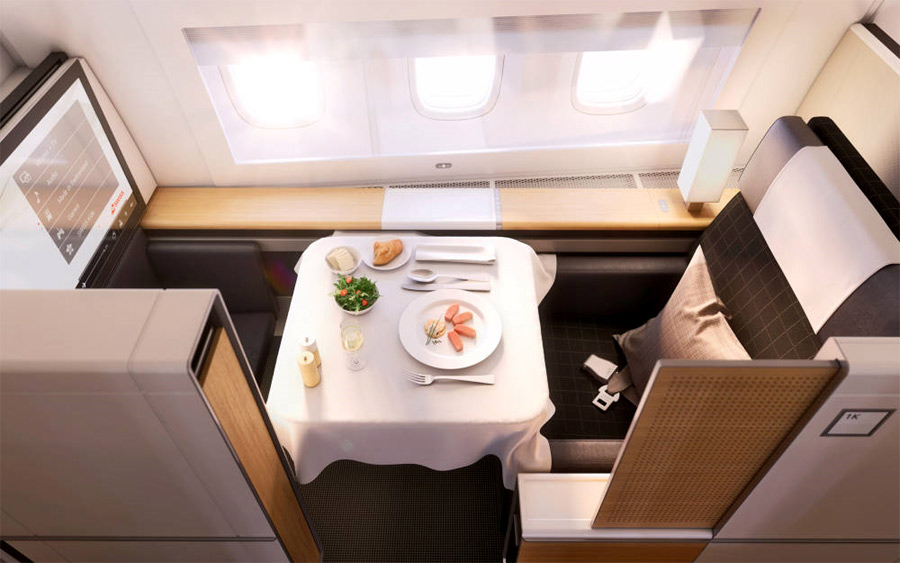 SWISS will be ushering-in a new era in the history of its long-haul aircraft fleet in January 2016 with the arrival of the first of its nine new Boeing 777-300ERs. The new aircraft will offer a state-of-the-art cabin product in all three seating classes, including wireless internet connectivity.

In SWISS configuration the Boeing 777-300ER will offer 340 seats: eight in First Class, 62 in Business Class and 270 in Economy. The redesigned cabin interior of the new SWISS flagship will provide comfort and aesthetics to meet the most discerning of demands in all three seating classes.

The First Class seat will be transformable into the occupant’s own private suite that includes a 32-inch screen, the largest in the industry. Firsy class guests will also enjoy electrically-adjustable window blinds and their own personal wardrobe. 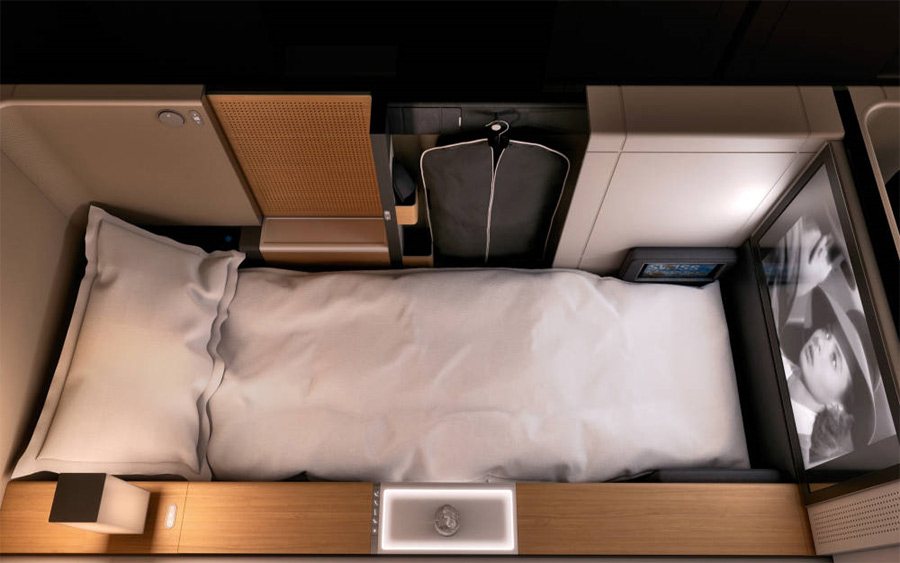 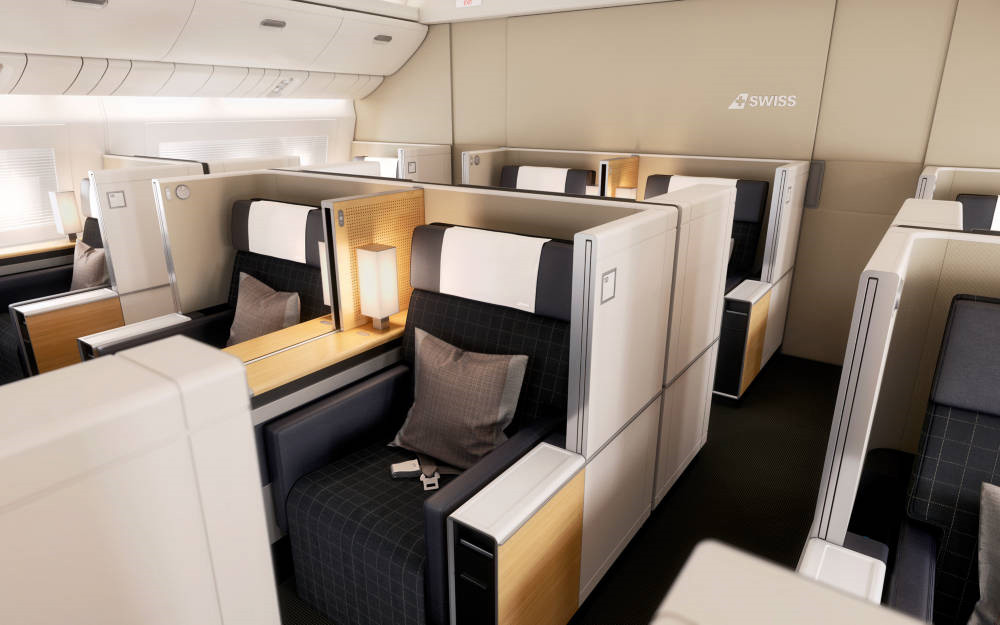 The Business class seating arrangement offers optimum privacy and freedom of movement, while the seat cushion’s firmness can be individually regulated. All the seats in the Business class cabin can also be quickly and easily converted into a lie-flat bed that is over two metres long. 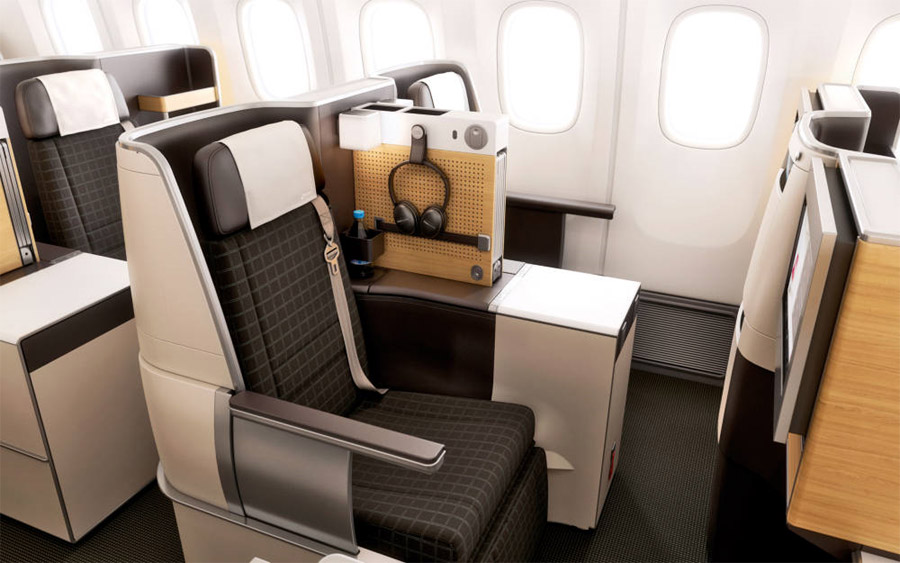 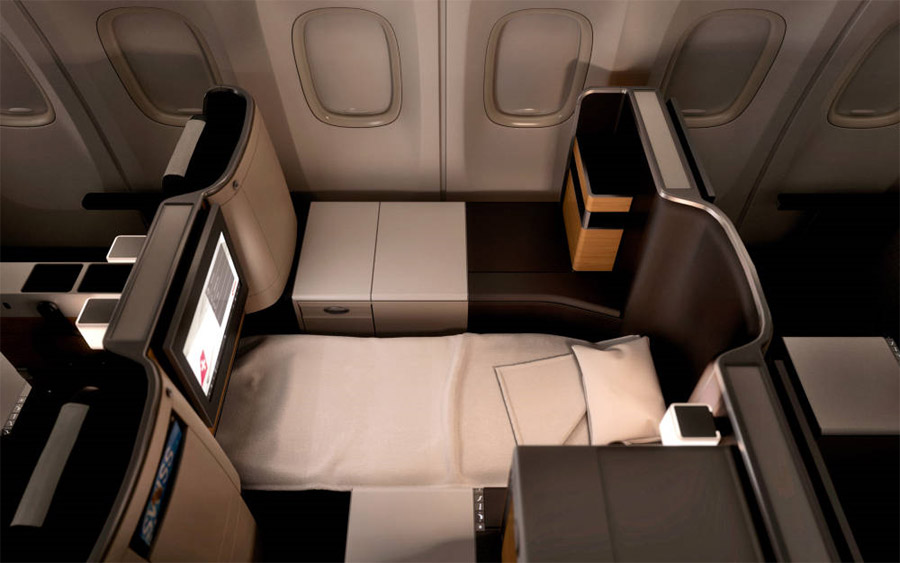 Economy class customer can also look forward a new travel experience, With new seat-cushion technology and further innovations that include a large personal touchscreen. Outside the regular cabin service, Economy class customers will be able to make use of a self-service kiosk offering a wide range of drinks and snacks. 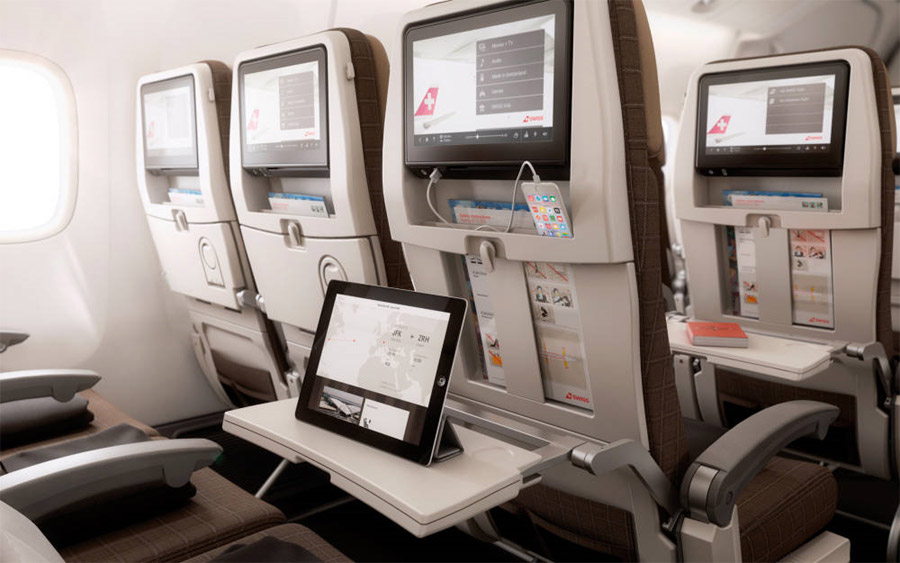 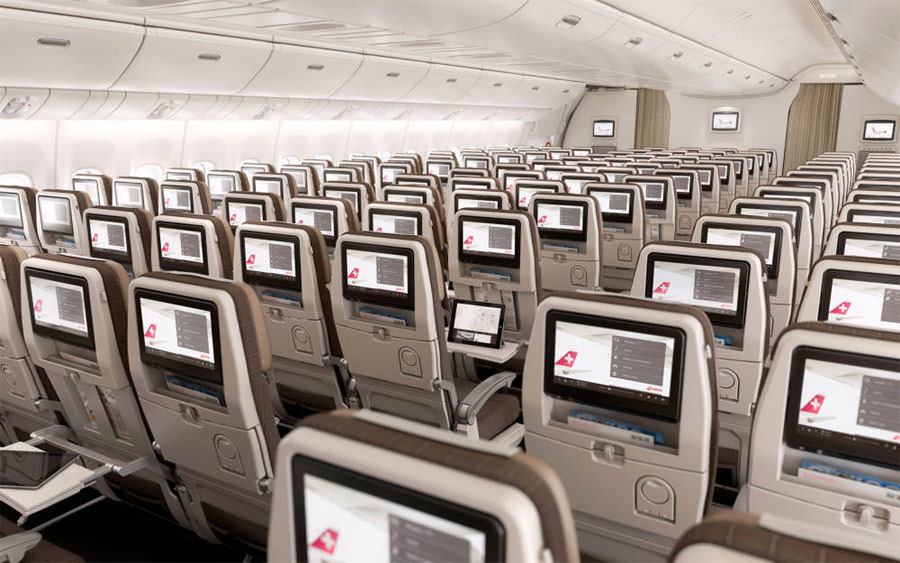 All nine Boeing 777-300ERs will also feature wireless internet via a broadband connection, enabling passengers to surf or send emails on their laptop, tablet or smartphone device.

The Boeing 777-300ER offers the ideal range to serve the farthest destinations non-stop from Switzerland. From the 2016 summer schedules onwards, the new aircraft will be deployed primarily on services to Hong Kong, Bangkok and Los Angeles. And San Francisco, São Paulo and Tel Aviv will also receive Boeing 777 service several times a week.