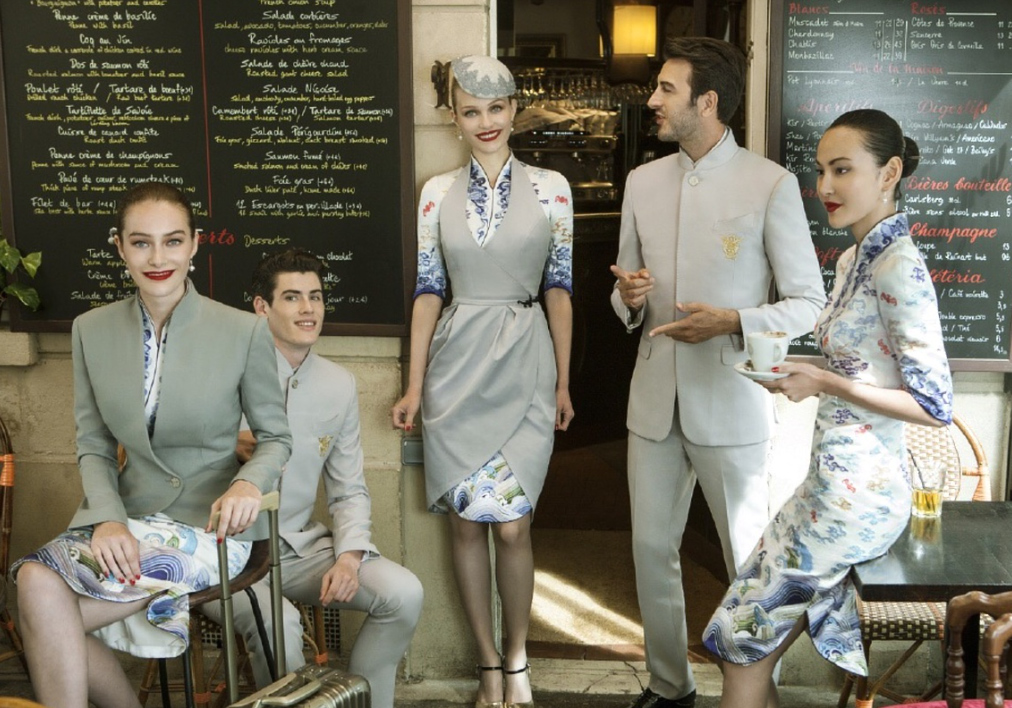 The fifth-generation Hainan Airlines uniforms highlight the combination of traditional Chinese features and internationally popular elements. Repurposing the alluring look of the Cheongsam, a stylish traditional Chinese dress for women usually worn on more formal occasions, the uniforms feature a collar overlaid with a pattern of auspicious clouds and a lower hem with a pattern alternating sea and mountains which contrasts with the collar’s clouds and sky, drawing a comparison between a Hainan aircraft that has just taken off, and the roc, a mythical bird denoting strength, as it lifts into flight. 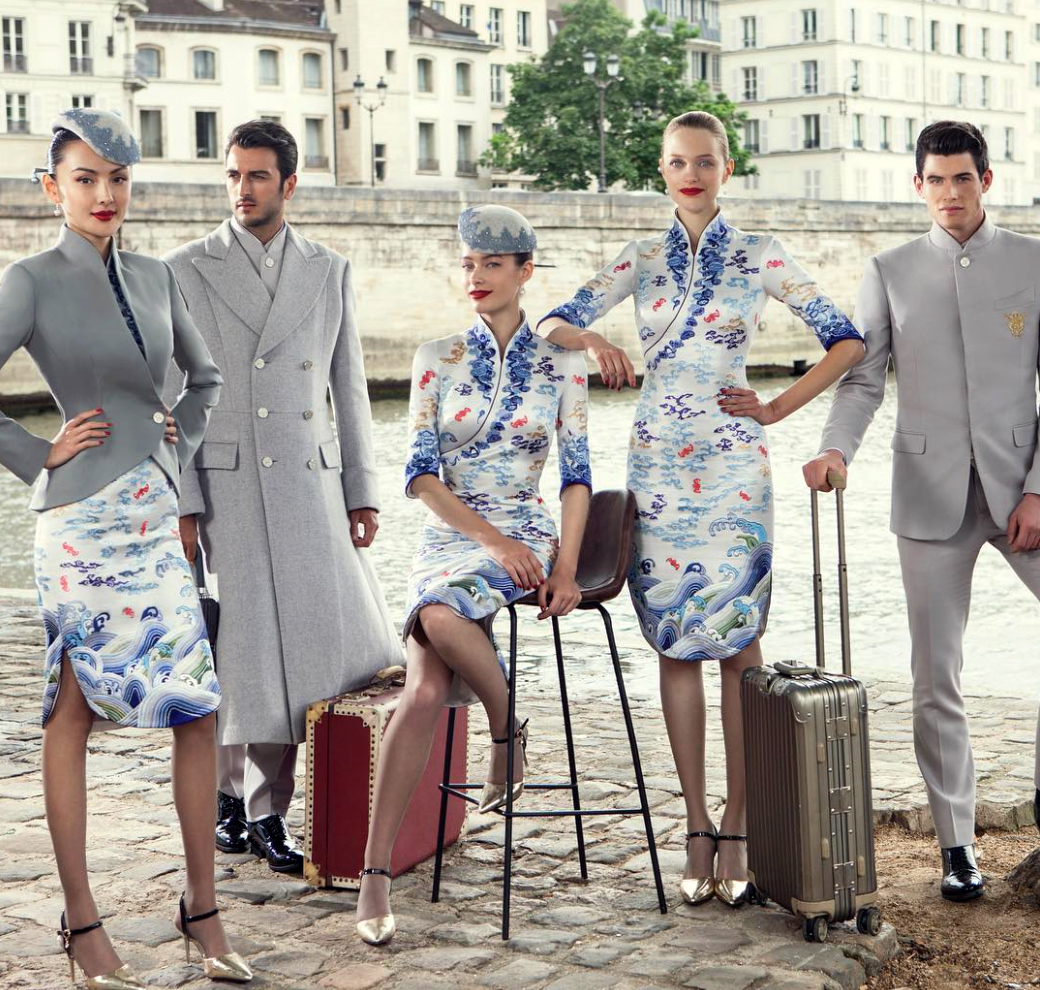 The 3/4 sleeves denote simplicity and just the right amount of modesty, symbolic of the cabin crew’s high level of competence. The apron is designed like a tulip-shaped dress to emphasize, in equal measure, elegance, femininity, aesthetics and practicality. The Western-style draping incorporates popular international fashion elements alongside a sense of high-quality professionalism. The fusion of traditional Chinese elements and popular international fashion created an Oriental masterpiece that turned heads in Paris. 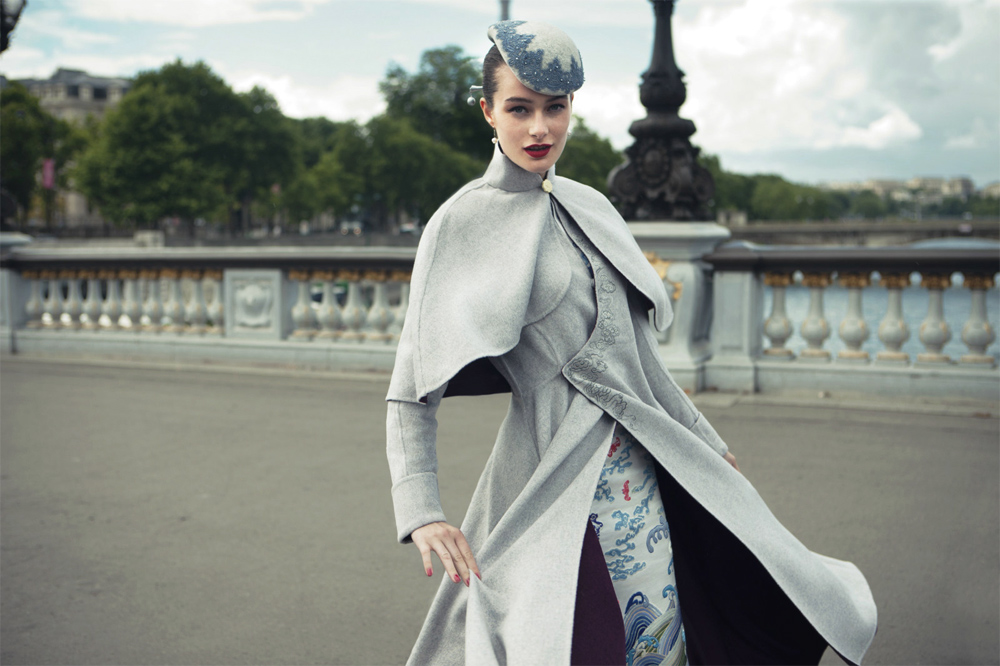 The new attire maintains and adds a new twist to the previous generations’ iconic elements – the Oriental art-inspired patterns and gray-color theme that have always been an essential part of the uniform’s design. The uniform pays a tribute to the designs of the previous generations, cleverly updated with a modern aesthetic that incorporates popular international fashion elements. The fourth-generation uniforms have been in use for seven years starting from 2010. 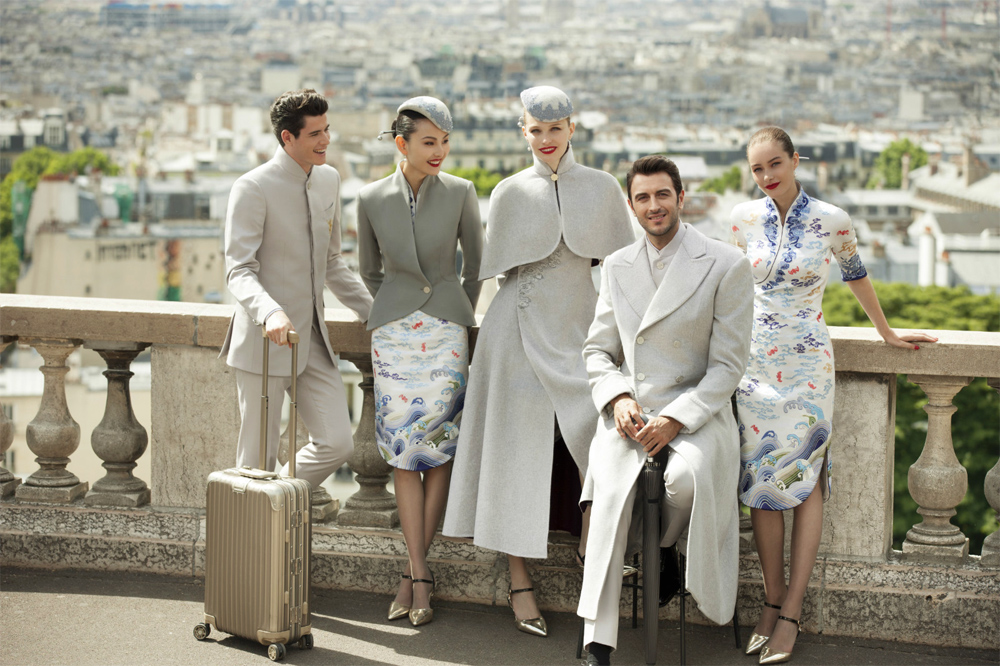 Driven by Hainan Airlines’ strategic vision of becoming one of the world’s most prominent carriers, two years ago, the airline opened a discussion with Laurence Xu that led ultimately to the creation of the new uniforms. During the design process, Hainan Airlines and Laurence Xu met and talked frequently, going through more than 1,000 design blueprints and trying out more than one hundred samples of garments and accessories. 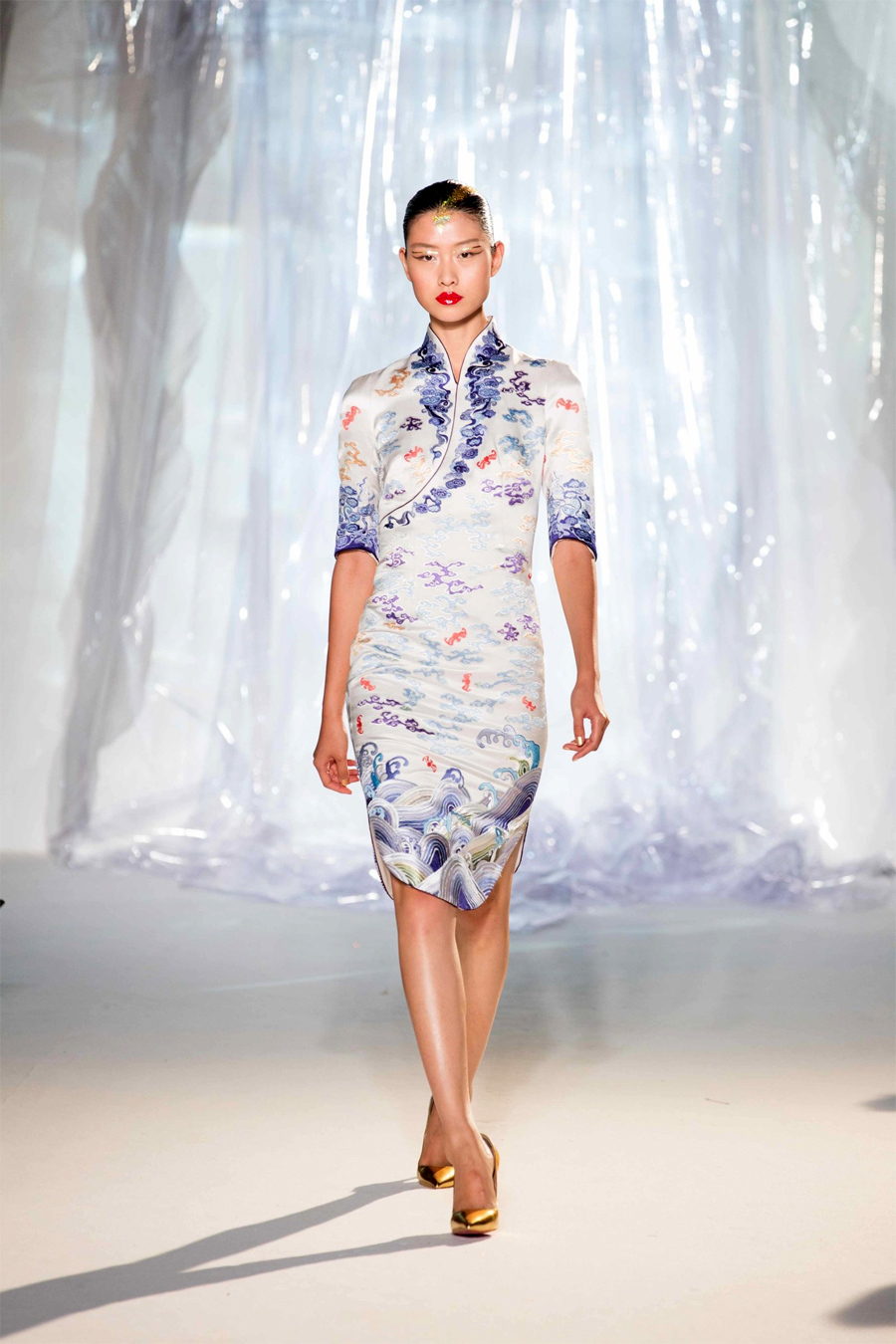 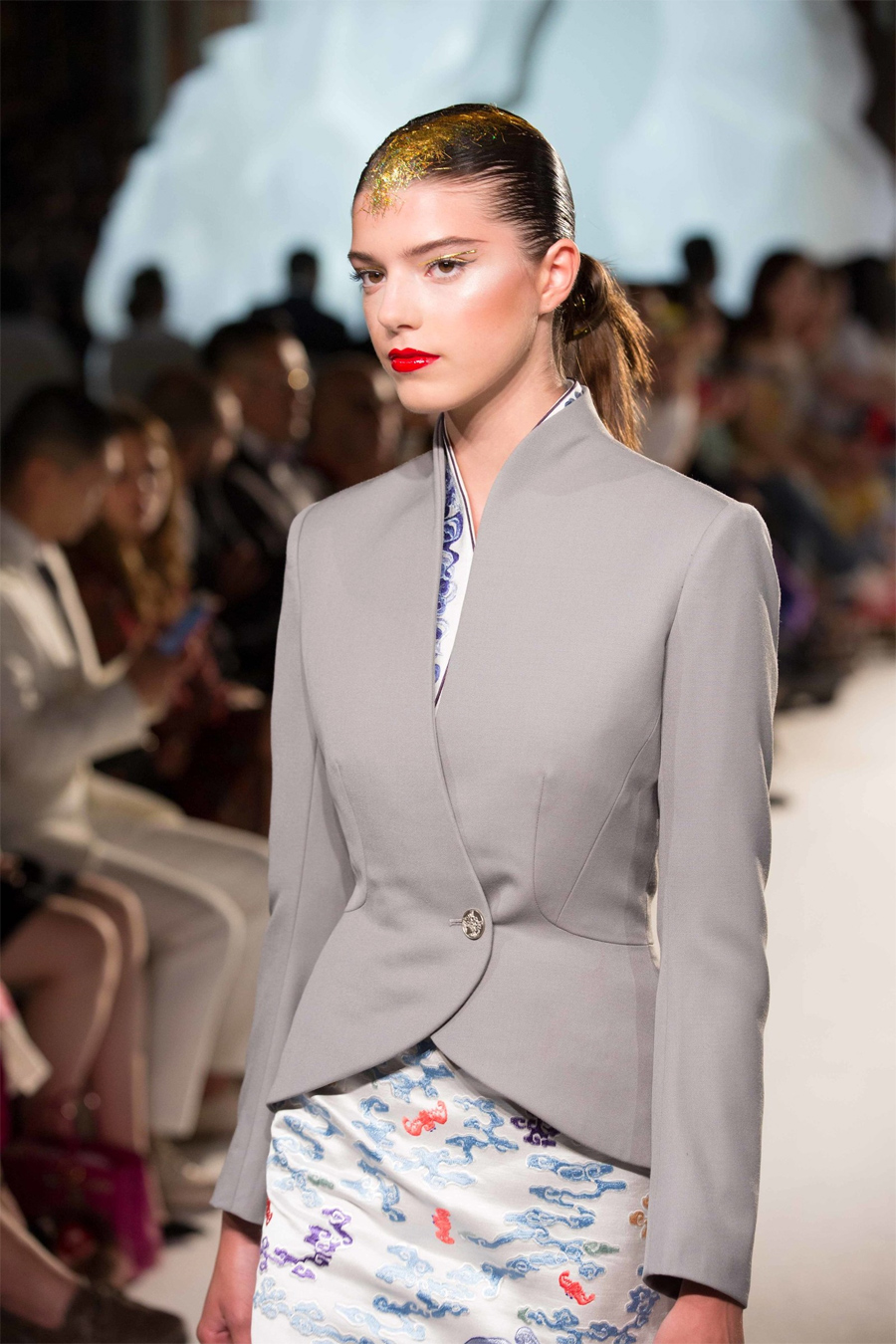