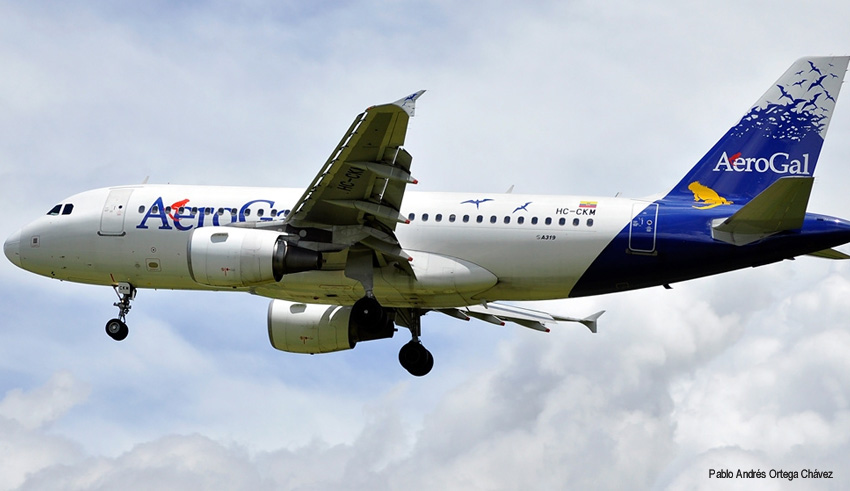 DEPARTURE AIRPORT
Quito is a relatively new airport open for almost 3 years. The main terminal is split between International and domestic flights. For a smaller International airport it has a good range of shopping and dining options, and from the Airport Centre (opposite the main terminal), customers can enjoy excellent views over the mountains and valleys towards Quito (approximately a 40-minute drive away). Other than KLM and Iberia all other airlines utilise narrowbody aircraft and as such the terminal is rarely crowded.

The check-in for Avianca was fairly busy for this early evening departure, but after a short waiting time the check-in agent assisted with seat requests and provided boarding passes for both flights. It took about 10 minutes to reach the departure lounge after leaving check-in and proceeding through security and immigration. Here you will find the usual duty free shopping selections (quite good for a smaller airport) and several restaurants located along a central food court.

BOARDING
The boarding service for Avianca is conducted in a systematic format and each customer is allocated a group (A-E) on their boarding pass. Group A is for frequent flyers and Business Class, and the other groups are allocated depending on seat position with Group B being the rear rows and so on. The system appears to work well and most customers follow the rules quite obediently.

BAGGAGE ALLOWANCE
Avianca permit Economy Class customers to check in 1 or 2 pieces of baggage at a maximum combined weight to 32kg and 1 x 10kg carry-on.

THE SEAT
The A320 has the standard 3×3 configuration in Economy Class. Whilst the aircraft livery was branded as Aerogal, the cabin interior was the same as Avianca with grey leather seat covers with PTV, PED power and USB sockets at each seat. Seated in the emergency row, there was additional legroom but the standard seat pitch is around 30-inches which is sufficient for these short 1 to 2 hour regional flights.

CABIN & TOILETS
The A320-200 cabin was clean and presentable and looked relatively new. The 2 rear toilets on this aircraft were clean on inspection.

SCHEDULE
The flight departed from Quito 7 minutes late but despite this the arrival into Bogota was 28 minutes ahead of schedule.

FOOD AND DRINK
Around 18 minutes after take-off the cabin crew began the food and beverage service, offering a hot ham and cheese roll with a full bar of beer, wine and spirits as well as the usual juices and soft drinks. The ham and cheese roll was tasty and overall standards are broadly similar to what one could expect on a European short haul service.

ENTERTAINMENT
This A320 offered Economy Class customers a 9-inch personal IFE screen. On this flight, episodes / seasons from a selection of 21 TV titles were available, with music from 11 different albums. There were no movies on offer. Adverts did interrupt certain series viewing every 5 minutes, which was a little excessive, however the overall IFE offering was particular good considering the length of the flight. 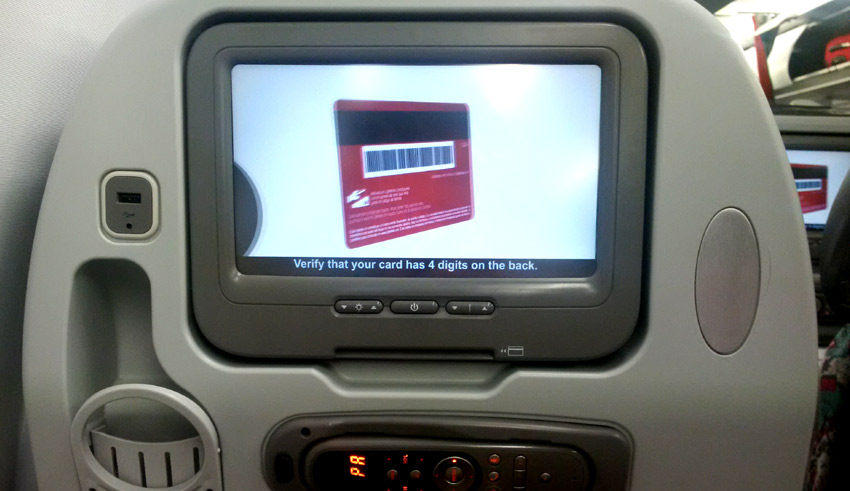 In-seat Entertainment on A320

COMFORTS
As one might expect there were no blankets, pillows or amenity kits available on this short flight.

STAFF SERVICE
On this flight efficiency was the key and it is most impressive that the staff manage to serve a full aircraft with a hot snack / beverage service and clear-up within the 65 minute flight time. Whilst there was not a great deal of opportunity for interaction between staff and customers, English language skills appeared to be adequate for the service related items and overall, this was a positive experience.

ARRIVAL SERVICE
Arrival into Bogota was ahead of schedule and having parked on the domestic apron, customers were bussed to the International arrivals area, which took about 10-minutes. Staying in transit for an onward flight to London, there was no need to pass through immigration and customers can proceed to the transfer security area. At this time (approx. 1930) the airport was at peak operations – the immigration and the transfer security area was very busy and from aircraft to departure hall took around 50 minutes.

VERDICT
The service between Quito and Bogota could not be faulted – the hard product in particular is very strong with the availability of personal IFE and seat power options.