Wowing you with the airplane livery 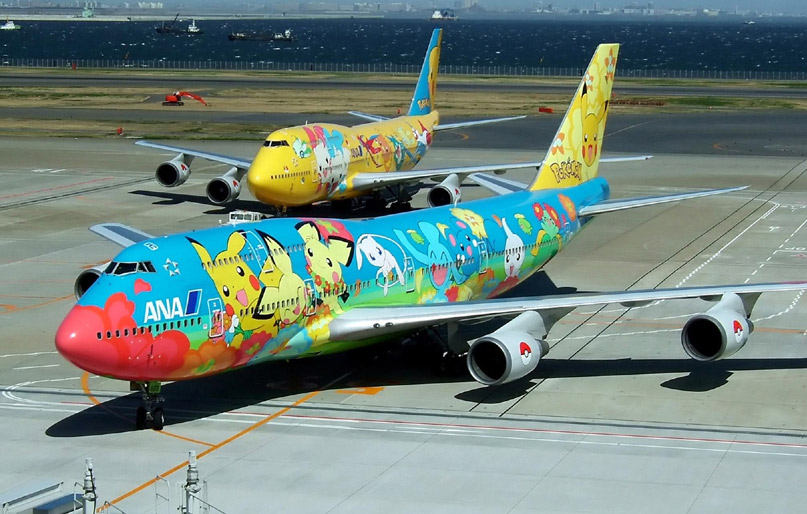 Do you have a favourite aircraft livery? Tell us below.

Many airline travellers have got a favourite aircraft livery and in this feature we take a look at some of the unique paint jobs from around the world. Whether it’s a beloved fictional character, movie launch or natural phenomenon all airlines are searching for a unique selling point to attract customers and some of these aircraft artworks undoubtedly have the WOW factor. 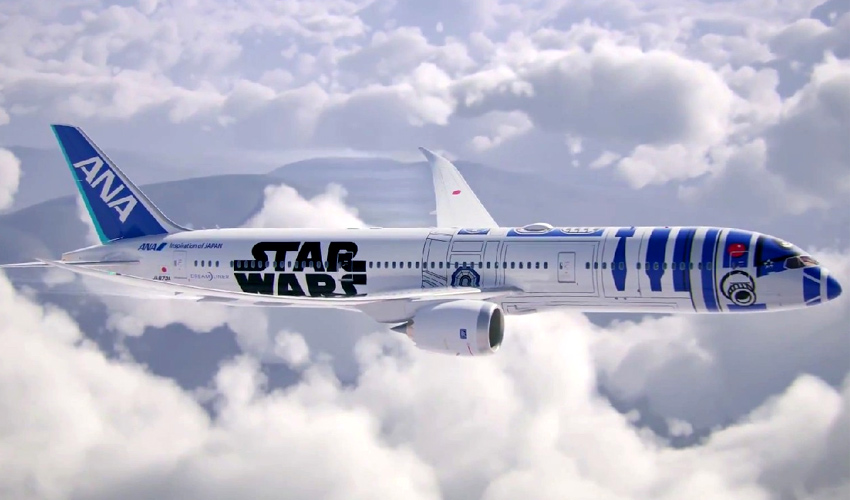 On its newest Boeing 787-9 Dreamliner All Nippon Airways (ANA) will introduce a Star Wars™ themed livery featuring the iconic R2-D2 character this autumn. This is the first time a Star Wars character will appear on the exterior of a commercial aircraft. The aircraft interior will also be Star Wars themed with headrest covers, paper napkins and cups. ANA will be the only airline in the world to offer all six of the currently released Star Wars films – the first time that any of the movies have been included on an airlines IFE system. 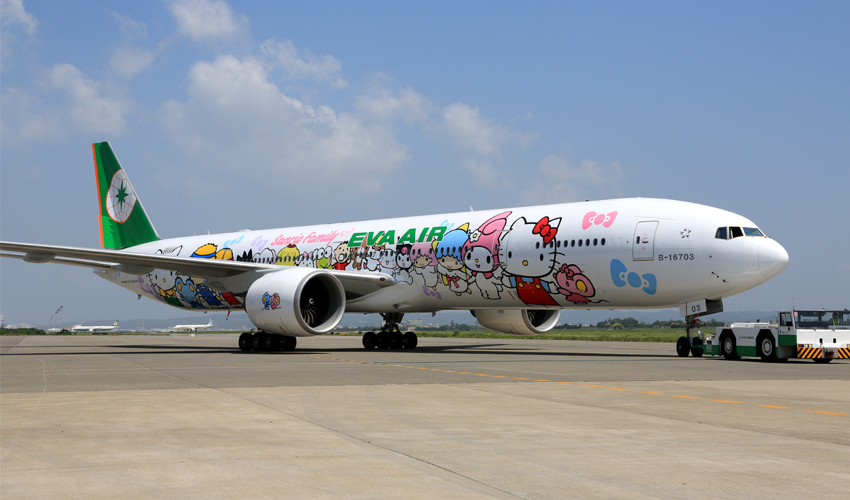 EVA Air has six variants of the Hello Kitty Jet operating on flights around Asia, Europe and the US. Each aircraft has its own unique theme and is fully equipped with over 100 inflight service items such limited-edition duty free products, Hello Kitty shaped food, thematic pillows and even washrooms amenities. 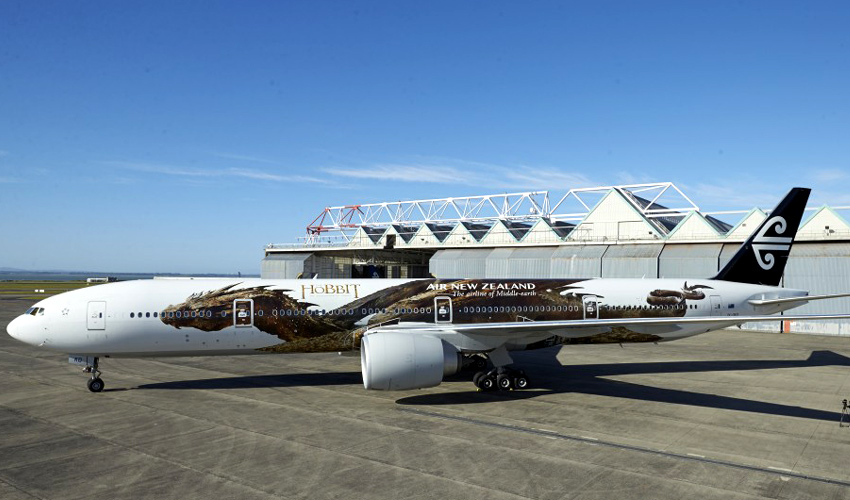 Air New Zealand painted both sides of a Boeing 777-300 aircraft with a 54 metre (177 feet) long Dragon known as Smaug from the Hobbit movie. This was the first time the full design of the highly anticipated character had been released to the public. This is the second aircraft inspired by The Hobbit Trilogy to enter service in the Air New Zealand fleet. 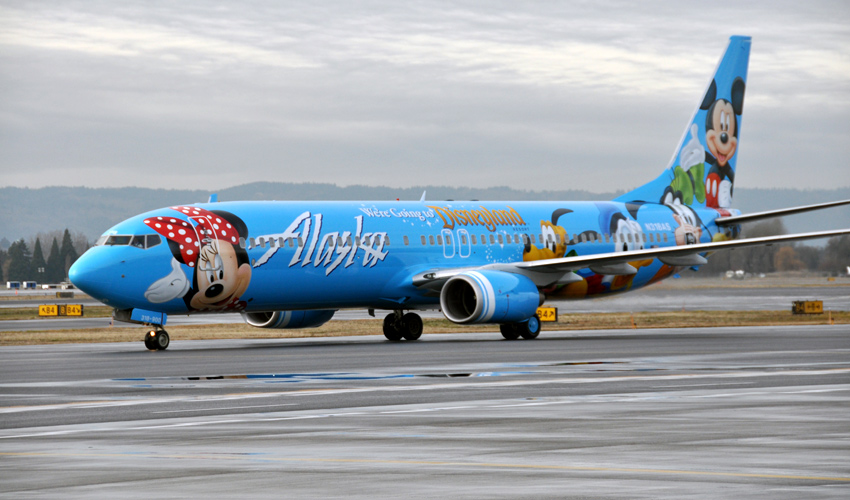 Alaska Airlines has a variety of Disney themed jets in its fleet all featuring well known characters from the Disney family. The airline has a long-term partnership with the Disneyland® Resort and the Make-A-Wish Foundation and customers can experience these aircraft on a variety of destinations on the Alaska Airlines route network. 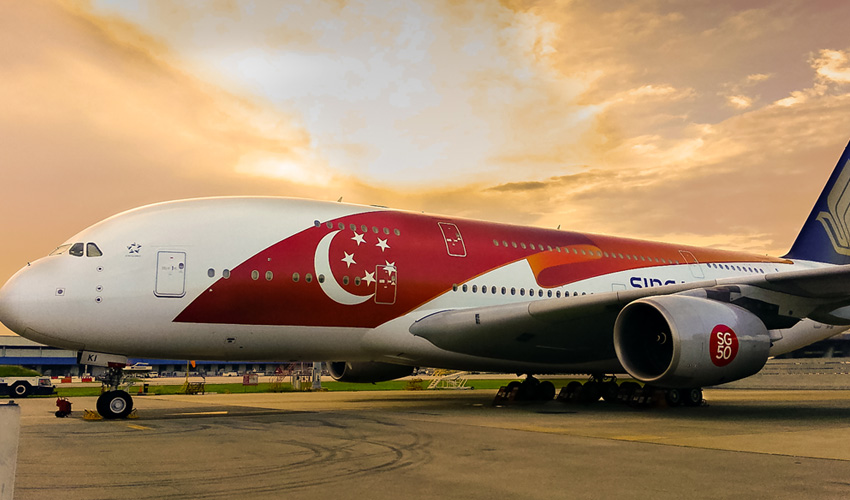 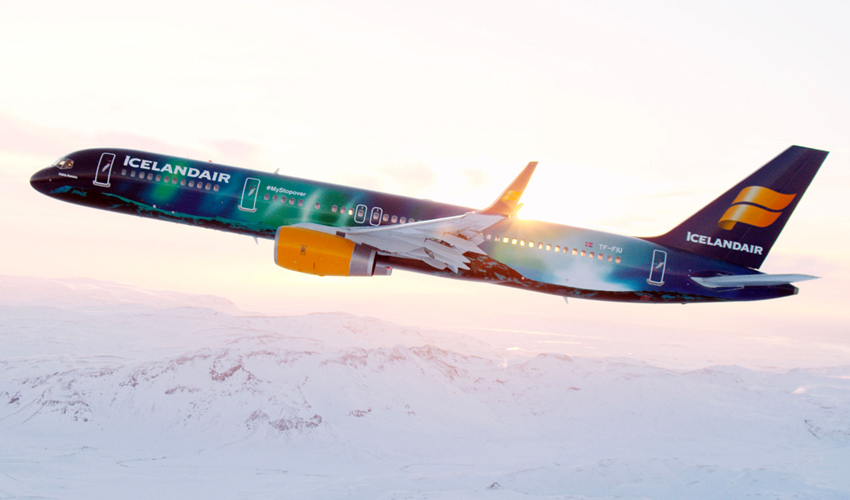 One of our favourites is Icelandair’s “Hekla Aurora” aircraft which is painted to reflect the beautiful colors of an Icelandic winter landscape. In addition, to the exterior the interior is illuminated with mood lighting recreating the fabulous display of the Aurora Borealis (Northern Lights). “Hekla” is a traditional girl’s name in Iceland and “Aurora” is a reference to the northern lights. 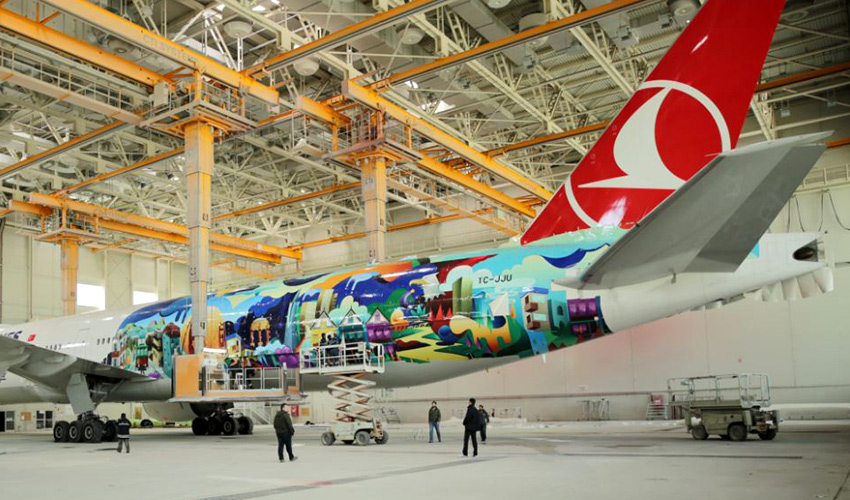 To commemorate the launch of direct flights between Istanbul and San Francisco, a special livery was applied to the aircraft operating the first flight. The aircraft named “Safranbolu”, features a livery showing Istanbul on one side and San Francisco on the other which the airline says is a “modernist perspective with minimalist design”. 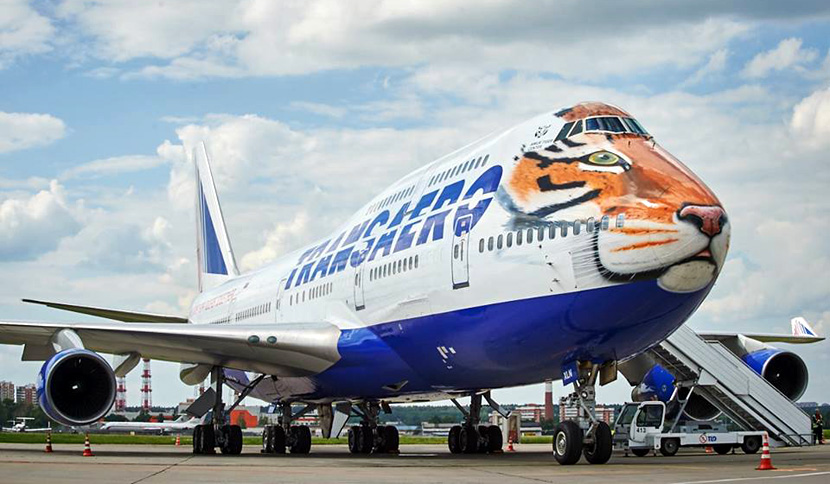 Transaero adorned a Boeing 747 jumbo jet with the face of a Siberian Amur tiger to help draw attention to the plight of the big cat – one of the most endangered in the world. The project aims to educate the international community on the issues of environmental protection and put a stop to poaching. This is a joint project between the Amur Tiger Center and Transaero Airlines. 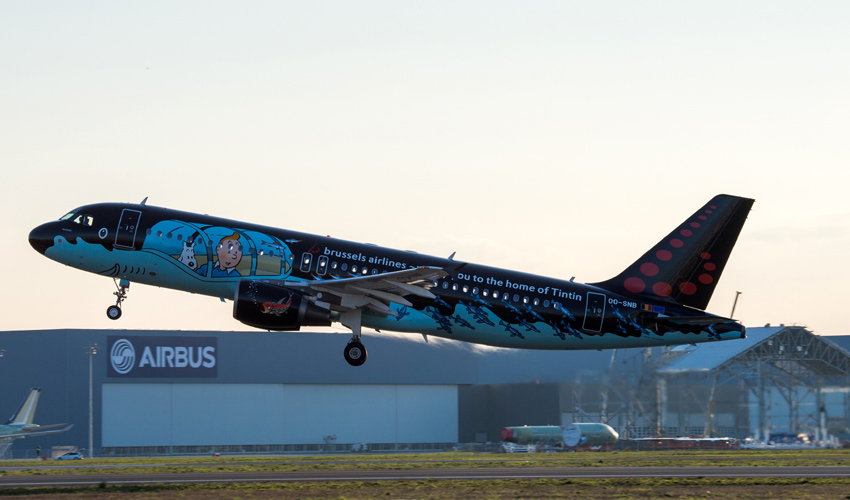 Brussels Airlines has disguised an Airbus A320 as the famous shark submarine from the Tintin album “Red Rackham’s Treasure”. In addition, the design continues in the aircraft interior where the rear cabin walls also carry images of Tintin and Captain Haddock. The project is a co-operation between Brussels Airlines and Moulinsart, the company that protects and promotes the work of Hergé. 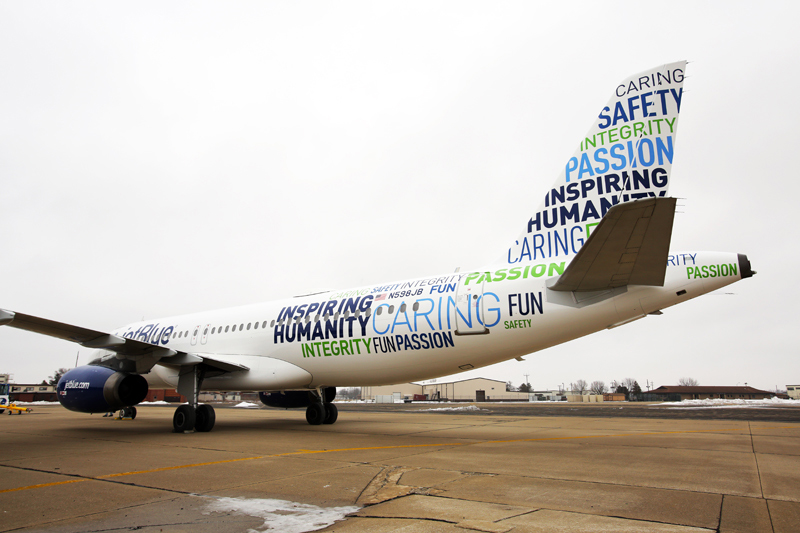 To celebrate turning 15, JetBlue Airways unveiled a new livery dedicated to the carrier’s 16,000 crewmembers and features a word cloud towards the rear of the plane portraying the airline’s stated mission – Inspiring Humanity. The newly painted plane – called Bluemanity – has joined the airline’s fleet of 206 Airbus and Embraer aircraft.