✅ Trip Verified | Japanese class. The airport is easy to find in Tokyo and the counters are quite easy to check in. Staff is always smiling and helpful. Toilets are really clean, wifi airport works well, it is easy to find the way out. They take care of your luggage. Duty free are various and with a big range of shopping stores. The lounge can enjoy a view on Fuji San and almost all the seats have a plus to charge a phone. Seats are comfy.
9/10

"airport was so crowded and noisy"

✅ Trip Verified | At check-in time, I arrived at the airport 3 hours before my departure time but there was a long line before the check-in counters of Delta Air Lines. Fortunately, the SkyPriority counter was almost empty. This airport was so crowded and noisy. The security and immigration process was fast and did not take too much time. After customs, there were several duty free shops with Japanese souvenirs. There were also many restaurants where you can find Japanese foods in the airport. The cleanliness was the most impressive thing for me.
9/10

✅ Trip Verified | Fantastic airport for arrival and departure. On arrival speedy customs etc but note they do take your fingerprints on entry. Baggage reclaim fine and everyone stands back behind the floor lines unless actually retrieving your bags. On departure about 45 minutes taxi from Shinjuku for just under 10,000 yen. The airport is clean, tidy with adequate seating and fast moving queues. If you look bewildered, confused or lost the staff simply leave their workstations and come over to ask if you need any help!! Fantastic toilet facilities. Cannot fault this airport or staff. On baggage check-in your cases go onto a moving floor at the side of the check in desk which is at the same level as the floor level so no lifting your heavy suitcase up high so it can be labelled and sent off for loading. Why do other airports not follow this design?
9/10

Not Verified | Arrived from CDG on JAL flight. Very quick getting off the plane and walking to Passport Control. Minimal queuing with plenty of booths open for both Japanese and foreign passport holders. Baggage Reclaim immediately behind and down and escalator with short wait for bag to arrive. Free trollies available everywhere in Baggage Reclaim. Handed in Customs Paperwork (everyone needed to fill in an Immigration Form and a Customs Declaration). Clear and easy signs into arrivals and quickly on an express train into Tokyo. Very pleasant experience.
2/10

❎ Not Verified | Arrived on Sunday at 8 pm and there are hundreds of people on line. Came in on flight NH 870 and it will be at least and hour twenty. They did go from 4 staff to 8 and then 10 but clearly unprepared and disorganized. Narita was even worse on April 2nd. Philippines and Beijing were much better over the last month. They need to fix this problem before the Olympics arrive. 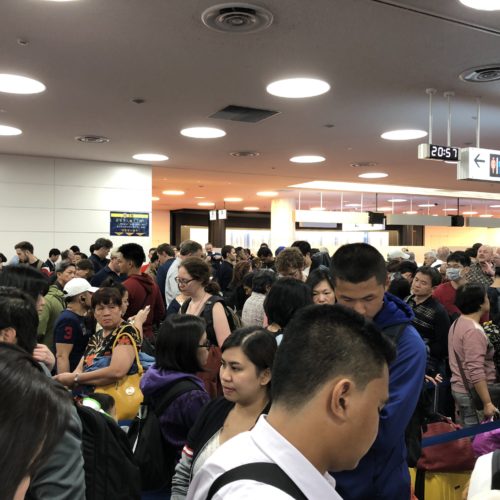 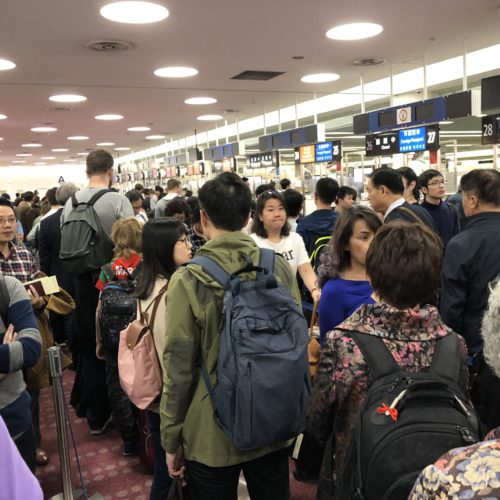 "The staff are really helpful"

✅ Trip Verified | Great service! The staff are really helpful. They give us all directions in very good English. The immigration staff were really polite with the checking of our baggage. They found something "strange" (a little scissor), and always smiling asked to open the bag, and always made us feel sure about what they were doing. The information staff gave clear indications and knew almost everything I asked. The bathrooms are excellent, good space and intelligent w.c. are something great there. I really loved my experience at this airport! My only so-so point was the food. I didn't find any convenience stores (Japan is full of them) on the departure zone.
10/10

✅ Trip Verified | Tokyo Haneda airport is one of the bests airports I have been to. Staff are helpful. Airport itself was clean and convenient for long layover. Everything you need is here. I will absolutely recommend this airport. 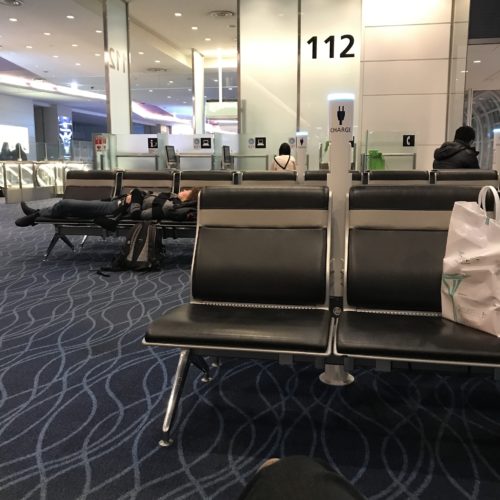 "well staffed and so centrally convenient"

❎ Not Verified | For the love of whatever deity you worship, try to fly into here instead of Narita. Narita isn't awful but it seems constantly busy and it's miles from central Tokyo. Haneda is well staffed and so centrally convenient. NZers didn't use to have a choice as all flights went to Narita but since Haneda is now an option I'll be adjusting future flight plans to arrive here. Negatives: there aren't a lot of restaurants before immigration Positives: quick processing, seemingly fewer people despite it processing more passengers annually than Narita, great observation deck to chill on, great location, clean (as most public facilities in Japan are).
8/10

❎ Unverified | Haneda airport arriving and departing is very pleasant. The airport overall is very clean and there is plenty of public transport that departs and arrives to and from the city. Upon arrival I would suggest taking the airport limousine bus from the airport to the stop that is closest to your hotel and then getting a monorail back to the airport to see the city from a different perspective (both services are super efficient like everything in Tokyo). Despite immigration being quite an old section of the airport, I moved through quite quickly due to relatively low traffic. I'm not sure how it would handle high levels of traffic due it still relying heavily on people to operate it instead of a more compute-automated system. The super friendly Customer service agents are life savers in stressful situations when lost, as they speak fairly good English, however you probably won't need them, as the signage is displayed in English and is straightforward and easy to follow. Also the airport is pretty much spotless and super clean which is nice. Wifi was really good (I'm Australian so anything above extremely low service is a massive improvement) when you simply just want to upload some photos of your trip to your social media whilst you're waiting for your flight. Whilst there isn't a massive prescence of american fast food chains like McDonald's, what is replaced is far better. From traditional Japanese dishes in an edo themed restraunt to american style burgers, you'll definently have a decent meal before/after your flight. They even have a planetarium.
5/10

"don't arrive in the afternoon here"

❎ Unverified | Awful immigration lines and not enough agents to expedite, don't arrive in the afternoon here. At least put the agents on the immigration booths when necessary to allow passengers to get through expeditiously. Half way through the line after a full half hour queuing so far! Not acceptable, even though Narita further out will consider it in future.
11 to 20 of 64 Reviews