✅ Trip Verified | Truly the most shocking airport I have ever had the misfortune to depart from. Huge question to enter the airport through one of 2 lanes scanning all baggage. This area was surrounded by people who may or may not have been airport staff, it was impossible to say. Once into the building, another huge queue to check in. No signage present giving directions to another queue at passport control, before a second security scan after yet more queuing. We were deposited in a small holding area, no departure information, no signage to the rest of the airport, containing restaurants and duty free. The next farcical event was to try and get 4 separate UK flights through a door the size of my bedroom door to get onto random buses. No signs just people near the front of the queue yelling the airline and destination. It was like a Rugby scrum of 200 people - very Covid friendly! To put a final dagger through the experience, food and drink were charged at Tokyo prices. The whole experience took around 3 1/2 hours. I’m amazed everyone made the flight. It would be enough to stop my return to Sharm in the future!
1/10

"has to be the worst airport experience"

Not Verified | This has to be the worst airport experience of my life. Yes, there are additional airport security measures for both Covid and Terrorism for English customers. This does not excuse the shambles I witnessed and was a part of. It was just utterly terrible. We ended up queuing for 3 hours and because of issues with the luggage conveyor, our flight was further delayed for an hour. The shambles was in my mind management and operational issue backed up by poor customer service. The rudeness and ambivalence by staff members were intolerable and this was backed up by the lack of ability to control some extremely poor behaviour by some customers that created a melee of confusion. The tanoy was not able to be heard because of its poor quality and was eventually replaced by some chap basically screaming his head off creating anxiety and tension. At stop and search, because operatives were not ensuring the grey trays were being recycled for use, I counted only 16 for approximately a queue of 150 people items were being damaged queues were lengthening. A lack of understanding of rules meant that some passengers were able to take through items such as water and disinfecting hand gels were being cast out. Because incorrect access to toilets was not available passengers previously being searched were allowed in and out of secure areas without further search, the potential for disaster was plain to see. This was a simple design flaw of not having toilets included in sterile areas. A problem with a baggage conveyor left a build-up of luggage with staff simply saying leave these here they will be alright. I eventually made my way through the utter confusion and mess and challenged the operative to say this was not safe at all, my bag was moved and he simply did not get the point, it would have been so easy to slip items into hold luggage whether it was mine or someone else's. This build-up of luggage could have easily been resolved if the extra staff that were needed but not present were used to manually move luggage to a safe controlled area. Those additional staff if the luggage belt hadn't have been broken could be used elsewhere for directing customers and ensuring a safe transfer through search areas. My wife who is disabled was asked to lift a heavy case of the conveyor as I was held up in search by quite a rude guy. Rudeness yes we all speak different languages and come from different cultures but rudeness in any country or language is not acceptable. This was born by frustration, lack of management direction and care. This airport did not to me to be representing Egypt a beautiful country, that exemplifies courtesy and manners. Egypt is a country that has embraced technology and its benefits, why have these not been adopted in Sharm El Sheikh airport. Our only option now would be to fly to Cairo and train to Sinai, as a repeat incident of this airport just simply ruins expensive holidays
1/10

"Shame on you for your unorganized and impolite security"

Not Verified | Absolutely terrible. Worst airport I’ve ever been in. Shame on you for your unorganized and impolite security. I checked the reviews and of course they were accurate as they were terrible. It really ruined my entire trip. This airport was so unorganized and the workers had the worst attitude, as they seemed to not care about moving us on time. Shame on you people. The workers were very rude and the line and security were so unorganized that we almost missed our flight.
1/10

"the worst airport I have ever been in my life"

✅ Trip Verified | Probably the worst airport I have ever been in my life. Filthy, dilapidated and neglected hall, rude, loud and aggressive staff, smoking allowed (not in restricted areas), the list is endless. Was happy to leave it.
1/10

✅ Trip Verified | Just a terrible airport. We had to go though 3 similar scans during our departure without any sense in them. First of all we stood 1.5hrs in a huge line at the airport entering area to go through scan and detailed hand-check, then 0.5hr on registration when only 1 person out of 3 accepted the customers, then another 0.7h on the same scan as the first one however with shoes off and after that random "hey show me you baggage and go to scan" request from airport security. We were late for 20 mins on a plane with arriving 2.5h before departure and whole that time we were standing in useless lines! I am not going to visit Sharm anymore to go though this stupid process with lazy people working there.
1/10

"the worst airport I've been to, ever"

✅ Trip Verified | It would be really hard to follow Skytrax Editorial policy on that review and not to include swearing, but I'll try. It's the worst airport I've been to, ever. It's just a constant security check. I understand why they are so uptight, but I really don't understand why they chose this approach. There are a dozen security checks before you can get to the gate, most of which are manual (yes, they will touch you and open all your bags with their hands, but also there are multiple x-ray machines too). Pretty much at every step there would be a guy with a God complex, even if you won't say anything but make a look "duh, again?", they will give you hell. Their policy is that you have to shut up and comply with everything. I'm not sure how the situation is in other international airports in Egypt, but surprisingly all domestic flights were smooth.
10/10

✅ Trip Verified | Excellent, hardworking and clean. The staff went out of the way to make everything smooth and easy from start to finish. We noticed all precautionary procedures being followed this summer and autumn from start to finish to include masks, gloves and social distancing. The Covid-19 test was also easy and straight forward with excellent communication and toilets clean. We could not ask for a better airport. All the staff should be commended and congratulated on delivering excellence 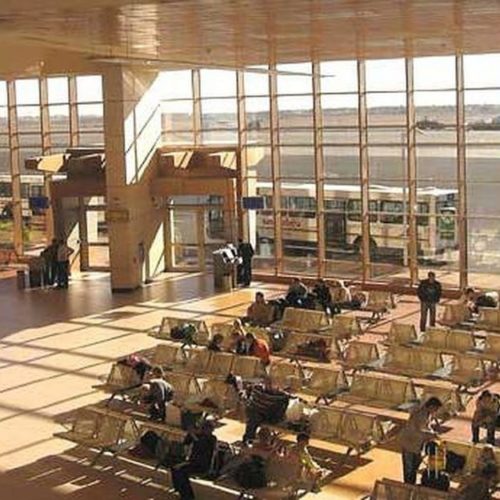 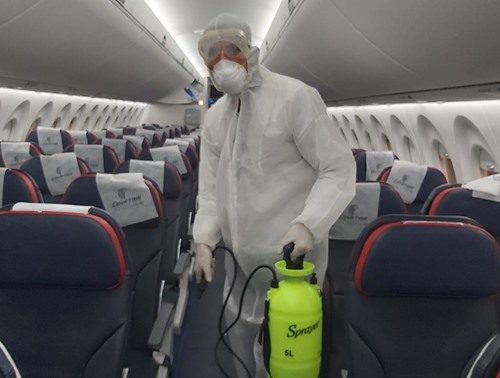 ✅ Trip Verified | Fantastic staff very helpful, airport security cant fault had 3 body searches bags checked and walked through xray machine only fault is duty free shop only opens 5 minutes before departure that makes the airport lose money as they do stock checking knowing a flight about to go when have 4 hours between 1am and 5 am to do this as no flights in that time period other than that very clean made sure distancing was done masks worn by passengers but half airport staff in duty-free or shop areas didn't wear then.
8/10

Not Verified | At first it was not really clear what departure hall we had to leave from. But as soon as we were at the right one it was simple, clean and calm. Good social distancing, clear signs (also English that was very nice since I can’t understand Arabic writing) luggage drop off was smooth. Did have a small problem with laptop drug test (no, I do not use any drugs!) but after my laptop was tested positive 5 times the security changed his gloves and that seemed to fixed the problem after that my laptop was clean and I was cleared to go!
2/10

"shocked by the aggressive and impolite security staff"

Not Verified | Special rules for this airport?! I have been to this airport 4 times and the building, the shops etc is okay. But, the "service" is not okay, especially from the security staff. People and luggage is scanned 2-3 times + 2 bodysearches. Some of the staff are nice and polite, but others should get a new job. This year (end of February) we encountered a new rule ("special for you" at this airport) - no small bottle of liquid (that contain alcohol) is allowed in hand-luggage. I have travelled all over the world, and never had any problems if I have small (5 cl) bottle of alcohol. But this time, after the second security scanning, I was yelled at in Russian (we don't even look Russian) by two security guys. I told them I only speak english, they told me I had to check in these small bottles. But that was of course too late. The explanation was - because of drunk Russians on planes! Then they threw them in the bin, including my antibac travel bottle (in these corona times we all need this). Both me and my 13 yr old daughter were shocked by the aggressive and impolite security staff.
1 to 10 of 83 Reviews