"There needs to be regulations"

❎ Not Verified | Dropping my daughter off this morning to go back to college after spring break, a Southwest flight back to UCLA. I pulled up to let her out of the car with her bags curbside with her father and sister to check in. I gave my daughter a hug and began to walk back to my car to go around to the parking area when 2 security guards came up the walk way staring at my car, then the second I get into my seat one security guard began to flash his lights into my car signaling me to leave, “No waiting he says" as if my car was parked there. I drove away as my husband and daughter were walking up to the car, I had to come all the way back around to pick my husband and daughter up because I didn’t want to be harassed by them. It’s happened before. There needs to be regulations on them. If you can’t drop off your child without getting harassed by security that’s just sad.
1/10

❎ Not Verified | My son is in the military and was flying to San Francisco then to Korea. We really didn't know where to go. So we tried to check in outside, the gentleman outside was rude. Told us to go inside to the United counter but with an attitude because we didn't know. Then the lady inside told us to stand in another line. We waited there, same lady had to come and help us, but because the other lady was taking to long too check in the customer in front of us. Just no customer service. Was very sad. No smile, no nothing.
3/10

✅ Trip Verified | Security checkpoint was ridiculous. Worst I have seen in some time as a frequent traveller. One TSA officer checking ID for everyone including TSA pre. Everyone channeled into one line for x-ray and baggage, with TSA pre still needing to take everything out. What's the point? Very poor management and procedures.
1/10

✅ Trip Verified | The change recently to move Uber downstairs on the ISLAND vs where it used to be upstairs at departures is a horrible decision. Myself and 100, it seemed, of my closest Uber friends waited in what seemed like the worst possible location for Uber. It was chaos. The one attendant trying to tell everyone to move was useless and made things worse frankly. Move Uber back, we all know SAN gets tons of money from us/them. The current location seems like an thoughtless decision by someone who has never been to either location. Change it back!
7/10

"a more pleasant airport than many"

✅ Verified Review | San Diego airport is a nice size but a short on restaurants and other amenities and can be become congested at peak times. At Terminal 1 there are two isolated gate concourses and each only has one real restaurant. You can't get from one concourse to the other without going back through TSA. It's a poor design and gives the vendors in each concourse a monopoly. Getting to the airport can get very congested at busy times as there are some severe bottlenecks for cars, taxis, shuttles, Uber, etc. But at non-peak hours and times of year it's generally pretty good. It's not the airport's fault directly, but the surface streets around the airport are crumbling, sometimes too narrow, have pot holes that could swallow a german shepard, and make getting too and from the airport unpleasant at best. Also look for the nearby Mobile station to refuel your rental car. The closer Shell is nearly a $1/gallon more (at least in Feb 2017). It's annoying all the shuttles, taxis, rental car bus, etc pick you up and drop you off on the other side of an impenetrable fence. So you're forced to go up a long slow escalator to take a sky bridge. Many airports, even much larger ones, have crosswalks across the surface traffic to get to those areas but SAN forces you to use the awkward sky bridge. On the plus side the WiFi is free, fast, and easy to access. What few food options there are tend to be fairly decent (if typically airport expensive). They also have some decent options before passing through TSA (unlike many airports) including the Breeze and Jack In The Box at Terminal 1. And the restaurants that I've been to (including Breeze) clearly display the prices for everything including adult beverages (unlike many airports). TSA lines are generally reasonable and, even at peak times, I think I've waited at most around 15 minutes. But each TSA station serves relatively few gates which helps a lot. It's nothing like the TSA nightmare in Seattle. There's also the relatively new centralized rental car center which is a big improvement over a bunch of little off-site rental locations. The shuttle service is faster and, if for some reason, something goes wrong picking up your rental you have a dozen or so other choices in the same building. Overall SAN is a more pleasant airport than many. 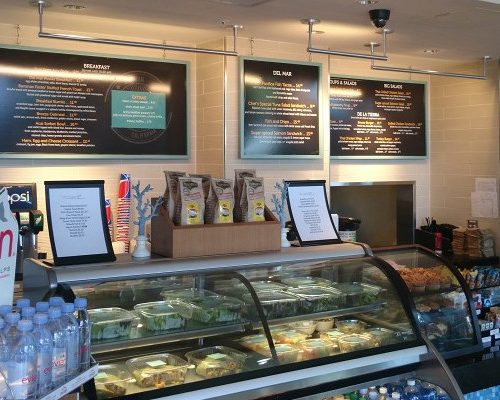 Southwest Airlines terminal has 12 womens toilets for 10 gates, there is always a 15 to 25 plus person line, not for the mens room though. There are never enough seats, the food options lines are always long and if you change planes and get gate 1, 1a, you have to go through security again and there is no TSA line. Hate flying through here.
6/10

SAN is convenient to downtown San Diego, but lack of frequent public bus connection at night and on weekends is a drawback. Circulation between terminals is via shuttle bus, T1 and T2 are close enough together to walk, but the shuttle is handy for commuter terminal access. There isn't a consolidated car rental facility, but off-site locations are much closer than rental facilities at LAX or LAS. Security is quick, but T1 in particular is poorly laid out. Screening area is crowded, seating is limited, boarding areas and restrooms are small, and food options are lackluster (although improving). There is nothing of interest to occupy time while waiting for a delayed flight. Wi-Fi is free but arduous to use, plus it is capped at 30 minutes. Not very user friendly.
6/10

We must have parked at the far end, though the airport is huge. Seats offer recharge facilities for mobile and laptop near boarding gates. Toilets are plenty and never too far. A good variety of shops. Wifi was disappointing. Able to move in and out of the airport quickly. 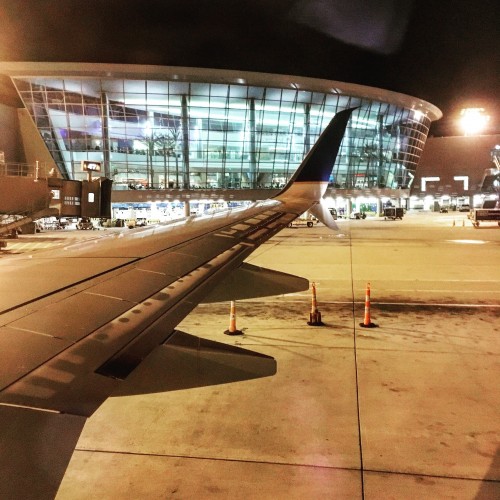 "didn't appear to be the case"

Arrived in San Diego Airport from Phoenix. As you land into San Diego Airport, the aircraft flies low near Downtown San Diego. You see also the ocean, as well as boats in the area. In my case, I also saw a vacation Cruise Ship, as well as US Navy vessels in the area. If you are flying into San Diego Airport, try to get window seats. It is totally worth it. While I was waiting outside the terminal to get picked up by family, I noticed that the departing passengers were also being dropped off at the same place where arriving passengers were being picked up. At most U.S airports, departing and arriving car traffic is kept separate, but that didn't appear to be the case in San Diego. 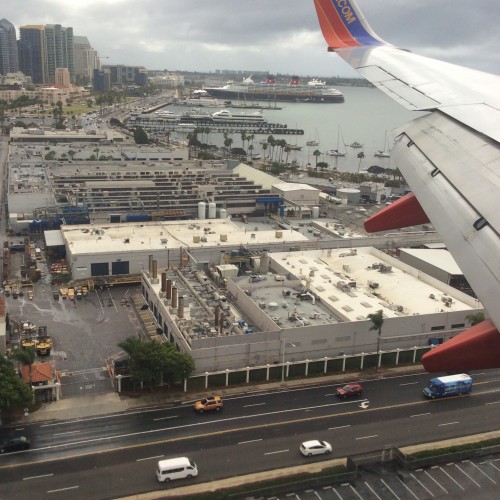 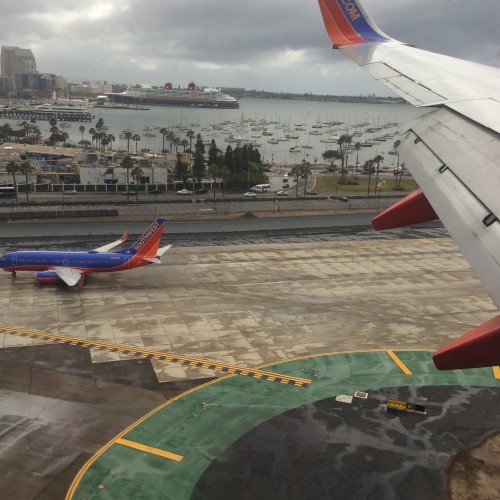 Went through security in under 10 minutes. Many outlets to charge my phone. Variety of food to take on board. Clean, well ventilated. Plenty of seats.
21 to 30 of 55 Reviews