"It is clean and well organised"

✅ Trip Verified | I love the PVR (Puerto Vallarta) airport. It is clean and well organised. It is reasonably well air-conditioned all-though a few areas might be considered too cold. Security is quick and efficient. Walk ways and waiting areas provide plenty of space and there are work stations with plug-ins. Directions are clearly marked and the airport is not huge. There is a good selection of restaurants and shops. My only complaint is that all the restaurants in the departure lounge close around 6 pm. That is unfortunate especially when your flight is delayed. It is interesting considering that most people in Mexico do not go for dinner till about 7 pm. You also would expect them to stay open longer since this is an international airport and there are plenty of late flights. This is by no means the only airport that has that problem though. 3 stars for food and beverages just because of times open. The quality is great.
2/10

"This place should be bulldozed"

✅ Trip Verified | After arriving you are assaulted by a phalanx of timeshare sellers and taxi and tour companies that descend like a plague of locusts. When you finally manage to be able to leave through the doors there is another school of hungry piranhas who descend on you offering you highly overpriced taxi rates or tours. Just exit to the left walk up the stairs and cross the pedestrian bridge to hire a taxi at one fifth the price. Leaving isn’t much better, don’t be surprised to pay 5 dollars for a bottle of water, or ten dollars for a crappy slice of pizza. This place should be bulldozed and build something not controlled by crooks.
7/10

Not Verified | As far as arriving, expect a long line to Passport Control. The wait was approximately one hour. However, the agents were very fast and efficient. I believe they were so glad to finally get tourists to Mexico that they sped up the process inspecting passports. At Customs, you are required to press a button on a "traffic light" device. If green, you may proceed. If red, you will be approached by a Customs agent. Once leaving Customs, be prepared to be approached by people trying to sell you time shares or offering you transportation. It's best to have your transportation prearranged as once outside the airport, it is a "madhouse." As far as departure, it can be hard to find a drop off point as traffic is very heavy. Security was fairly fast and staff were pleasant. Not a bad experience.
2/10

"a serious lack of information"

Not Verified | The airport is hot and sticky. They have AC but only use it to keep the temperature at around 26 degrees. There is a serious lack of information about flight delays and gate changes.
3/10

Not Verified | Waited 1.5 hrs in line for Sunwing to check us in. There were 10 people outside with the buses but only 3 at the check in! Numerous flights to check in people with only 3 attendants, not good service. Westjet beside our line moved very rapidly.
1/10

"would not listen to our explanation"

❎ Not Verified | After being treated in a rude and abusive manner by some local person who decided he could hold up an entire Air Transat flight from Calgary (February 28, 2018) by slowly and methodically reviewing every passport supposedly looking for v entry visas, knowing the flight originated in Canada, we then had to depart today March 11. Going through security, they confiscated wooden knitting needles that my wife uses for intricate design. Old and very difficult to replace. We had already confirmed with the airline that we could fly with these on-board. Also, my wife flies internationally as an Executive VP of a major energy company. Every flight, every security, around the world did not have a problem. These incompetent people at security would not listen to our explanation, used no common sense. With these experiences, arriving and departing, that's it for Puerto Vallarta in our future travel plans!
1/10

"a horrible airport with horrible service"

❎ Not Verified | I will never fly into Puerto Vallarta again. When I arrived at Puerto Vallarta there was an hour wait to go through customs! The line was enormous and frustrating. On my return flight back to the US I almost missed my flight despite arriving at the airport 3 hours early. They switched the gate of my flight without making a notification. I twice went up to the agents at the gate to check if there were any changes to the gate B 20 and both times they reassured me that I was at the correct gate. 15 minutes till the departure of my flight as still no boarding something's not right - I looked online and they were boarding out of Gate A5! I scrambled to the gate and was the last person to board. This is a horrible airport with horrible service. There are not enough chairs for those waiting. For 2 plus hours I sat on the floor waiting for my flight. They can't get it together either on their gates. The couple next to me was sent to A6 then B20 then back to A6 and finally back to B20! This is ridiculous.
9/10

"this airport has a free wifi"

✅ Verified Review | I am happy now that this airport has a free wifi. It is provided by GAP (Grupo Aeroportuario del Pacifico). It can be spotty at times but it works! Airport is clean and it looks well maintained. Bathrooms are clean. Sufficient food and drink outlets. Starbucks before and after Security. Credit Cards are accepted by all vendors. Airport is continuing to expand as evident to the construction going on inside the airport while I was there. Many artsy stuff past the security and if you like one, there's info beside it where you can buy them. Power outlets are available but limited and it's not easily visible. Beware of the " Free taxi' offer after you clear customs on your arrival. There's usually a Time Share sales pitch attach to it. 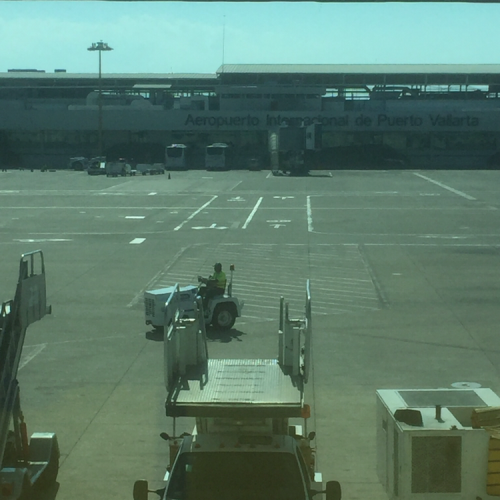 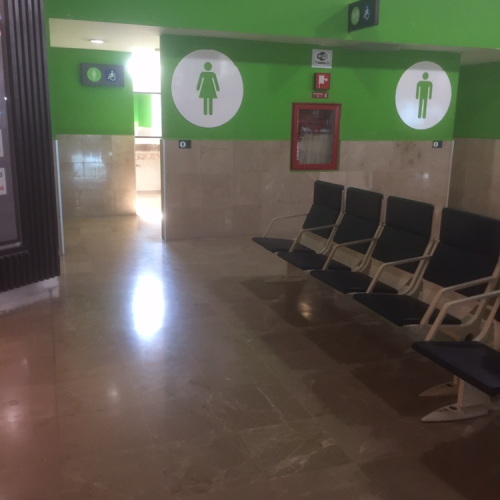 Used the domestic section of Puerto Vallarta airport to fly Aeromexico to Mexico city. Highly disappointed with the lack of facilities in this section of the airport. My flight departed at 6am and the check in counter did not open until 5.30am, nevertheless they advised passengers to arrive 2 hours before flight. Security lines were short, but the agents at the check point and at the gate were all unfriendly and unhelpful. There were no shops beyond security to buy any sort of food or drinks so you need to bring your own snacks. Getting to the gate area involved lots of walking and there was a lack of wheelchairs for the mobile impaired. The waiting area was tiny and there were more passengers than seats available. Bathroom was small and dirty. Announcements were made in Spanish and English but were hard to understand due to the lousy PA system. Flying out of this airport was more of an hassle than convenience. 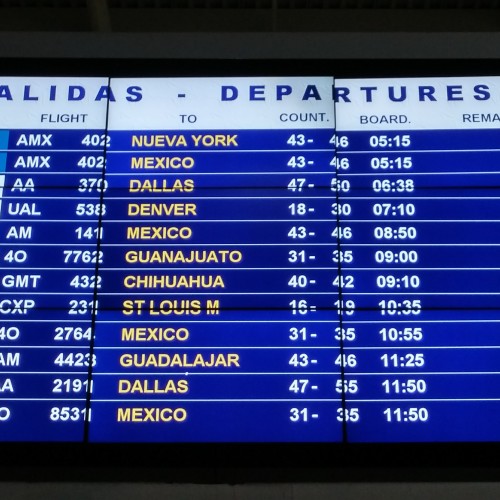 Arrival at this airport is typical of a lot of airports in tourist areas. Once you clear customs you have to bypass the aggressive time share people who are pleasant but pushy. I usually listen to their pitch for a free margarita or taste of tequila and obtain a map, then go about my merry way. Signage is both in English and Spanish and we had no problem navigating through the airport. On our flight out of PVR to IAH I was pleasantly surprised on how good of an airport PVR has become. The recent updates increased the food and shopping options. The staff is both professional and courteous. It is a shame how efficient their security was compared to NYC area airports. Their were plenty of lines open and the queue time was minimal.
1 to 10 of 13 Reviews