❎ Not Verified | Dirty floors. Torn seats. A foul and mysterious odor. Antiquated baggage claim. Jetblue only mans a desk from 8-12 pm. TSA is a joke. If you didn’t know better, you’d think you were in a third world airport. But actually, those places try to have higher standards. It is as if the airport leveraged the beautiful weather so as to compensate for the substandard conditions of Sky Harbor. Embarrassing and disappointing for such an amazing state. 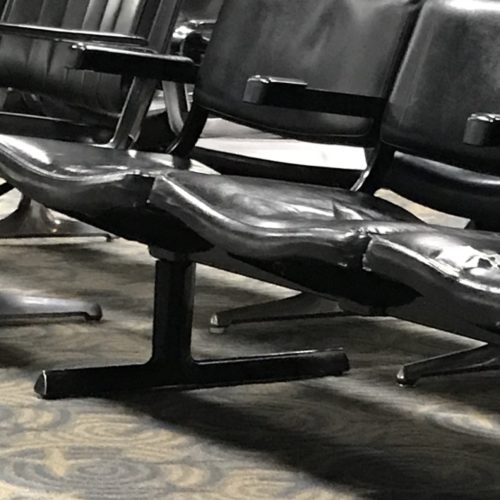 ❎ Not Verified | Picking up a handicapped friend from the airport. I have only been here one other time and had the same experience. Poor signage. Either not enough or even helpful. Trying to pick up someone here is a challenge. No information on where to park. Short term parking is not labelled until you are unable to access the lane. Miss a parking garage because the signage is so poor, you are out of luck. Exit the airport and start all over with tons of traffic. Dealing with this airport, I’m surprised more people do not miss their flights. Very poor layout and design. New York is easier to deal with. Not the best, but better than Phoenix, at least in NY, there are friendly people guiding you in the right direction. Good luck Phoenix, your growing pains are showing.
2/10

✅ Trip Verified | TSA is a joke. They hand checked almost everyone’s bag since their machines were malfunctioning so this made a ton of people late and on top of it, they were so rude! So much for calling themselves “the friendliest airport.” Ridiculous. Everyone was furious but of course had to comply.
1/10

❎ Not Verified | We were traveling with my autistic kid. I told the TSA agents that he needed assistance, they still asked him all kinds of questions, he had to go through the screening booth. He couldn’t understand what was asked of him. I kept telling them he doesn’t understand but they still insisted he should go through the whole process, dismissing my suggestion that they just do a pat down or find an alternative. I had to kneel to put each of his feet on the yellow markings and show him how to get his hands up and he kept putting them down. Horrible experience overall. I talked to the supervisor and she seemed to think that the lack of sensitivity towards a disabled child is all OK! Lots of training seems to be needed for that team.
1/10

"Delays have the entire airport behind"

❎ Not Verified | Delays have the entire airport behind with counter attendants giving half answers in order to get you to leave them alone so they can to the same to the next person. No compensation given for when their construction delays cause me to miss my connecting flight resulting in an 18 hour layover and expensive last minute sleeping arrangements as well as missed earning potential.
2/10

✅ Trip Verified | “Everyone is TSA Pre Check Today”. Was travelling with two children and was deliberately misdirected by two male airport security employees when asked to be directed to the TSA Pre-check despite being an TSA approved traveller. No good reason for doing this except to harass a female parent travelling alone with two children. What a shame. I saw other passenger behind me being directed to TSA without hitch so I went back and entered the line without seeing their “assistance”.
2/10

"Most poorly laid out airport"

✅ Trip Verified | Cannot for the life of me figure out why someone designed an airport where to connect between the terminals you have to exit a terminal and go through security again. I was traveling with a friend who was in a different terminal so I went to the friend’s terminal to have breakfast. No one bothered to tell me I was in the wrong terminal or warn me I couldn’t get to my terminal from where I was. I had to go outside, walked a lot, and re-enter security. Most poorly laid out airport I’ve ever been in.
5/10

✅ Verified Review | I travel to/from Phoenix at least twice a year and this is an ongoing issue: Out of all the airports I have ever visited Sky Harbor wins for most unreliable, ill-prepared, poorly managed Duty Free ever. For this most recent flight Nov 15th 2017? Just the littlest kiosk was open in the B gates. No alcohol and no cigarettes. Sad.
1/10

"one of the worst airports I have been to"

✅ Verified Review | This airport is the one of the worst airports I have been to. It was September 5th at 4.30 am, and I was heading to Screening zone before heading to the gate. There was a huge line up at that time and they opened 3 lanes for screening. 1 for express and 2 for general boarding. Apparently a screening-machine was malfunctioning in one of the 2 general boarding lanes. Instead of opening another lane to deal with the congested line, staffs merged two lanes into one. That resulted in adding extra 10~20 minutes of everyone's waiting time and limited space for people pick up their belongings after passing the screening line. While I was picking up my belongings after passing the screening-machine, staff said "you are taking up too much space and not letting others having the space for picking up their belongings". This was very upsetting because all this happened due to their malfunctioning machine and merging two lanes into one. I had never problem with this kind of situation because I pick up my belongings pretty fast. Lots of people were complaining at that time but staffs did nothing about it and did not want to open another lane to deal with this situation, that was very lazy of them and stupid. There really needs to be procedures to deal with this kind of situation. Otherwise it will happen again and that would be just silly, because this is an easy fix. Hopefully whoever works in Phoenix Sky Harbor International Airport see this review and bring it up in their meeting and come up with better procedure for this kind of situation. Plus, the wifi is horrible too. This is 2017 and there is still issue with weak signal. Come on.
2/10

❎ Unverified | Very disappointing. The guy at the information desk gave me misinformation - not once, but twice. Wrong information about baggage claim and about airport shuttles. Seemed very bored and disinterested in helping anyone. The American Airlines baggage claim was a mess. Signs giving the baggage claim area for my flight were all wrong. What a mess.
21 to 30 of 80 Reviews