"quite decent and clean"

✅ Trip Verified | Arrived 4:40 in the morning from PEK. We arrived at the left end of the non-schengen part of the airport, and in order to get to the passport control we had to walk through a narrow corridor less than 2 metres wide. There are signs indicating three different "lanes" through the corridor, one for Non-EU passports on the left side, and two for EU passports and e-gates respectively on the right side. Please note that you will need an EU passport and be over the age of 18 to use the e-gates. This can be a little confusing as the lanes aren't all that clear, but just follow the markings on the floor as they will lead you to the right queue at the passport control. Or just ignore them until the actual passport control area, and figure out which queue to get in there. At the passport control hall where the lanes got separated we noticed that the staff blocked the entrance to the EU lane, and rudely told people to get over to the lane for all passports. You had to present them your EU passport for them to let you get past. The immigration process itself was quite smooth. However the desks were staffed inproportionally. The ratio between those arriving on non EU passports and those having EU passports were around 10:1. The desks were staffed roughly 50-50. As a result of this, the queue for non EU passports was pretty much not moving at all. This was while the queue for EU passports cleared in less than 5 minutes. The terminal however, was quite decent and clean.
2/10

"Will avoid in future"

Not Verified | Really dirty airport, filthy stains everywhere, no cleaners in sight. Rude staff who couldn't be bothered to look up from their texting to serve me properly. Snack bar closest to gate F12. Not impressed. Will avoid in future.
1/10

"experienced my worst wait time in this airport"

✅ Trip Verified | I’ve experienced my worst wait time in this airport, customs and passport check took 2 hours wait. There were only 4 officers for hundreds of people. Other than this there were not a single place to charge you phone without an EU adapter which you had to buy. You couldn’t use any credit/debit card only Norwegian currency (inside the airport).
2/10

✅ Trip Verified | I am absolutely appalled at the cost of food here. A simple burger is $30usd. An apple cake $13.50usd. This is outrageous cost for any airport. I've been to six countries on two weeks and I am never coming here again. 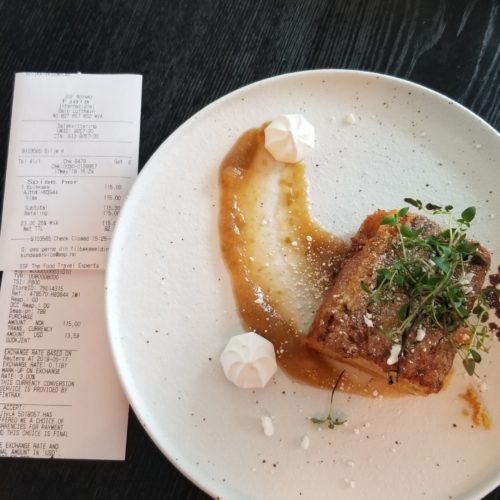 "you can do so so much better"

✅ Trip Verified | I travel through Oslo often. I find myself repeatedly disappointed by the lack of water fountains to fill drink bottles. If you are in the top half of the domestic terminal you are forced to buy expensive water from the kiosk. Very unsustainable! Aggressive security staff as usual. I wear an insulin pump and frequently come up against misunderstanding here. And of, the most frustrating thing of all- being transferred inland through arrivals, having to recheck baggage and reissue boarding passes (even though the computers won’t recognise a passenger that is already checked in and there is only one queue serviced by staff for check in). Oslo, you can do so so much better.
5/10

Not Verified | Fine airport, but unimpressive ground crew on most airlines and very often delays. Not great selection of food, but it is a pretty small airport. Unorganized and chaotic lines everywhere. Wifi does not work well.
1/10

"only 2 counters were open"

Not Verified | I have been travelling by a plane for a very long time and this is the first time I am experiencing this. I was in the line for a Passport control for over 40 minutes. The line for EU passengers was empty, but they would not let us go through and the 10 passengers including myself have lost their flights. I had to pay for a new ticket which costed me 4 times more than the previous one, and there is nobody to turn to, everybody is saying that there is nothing they can do. Only 2 counters were open for a non EU Passengers, I have said 3 times that I will loose my flight,a nd my gangway was just next to the passport control. They have told me that I have time.
4/10

✅ Trip Verified | Eager security staff puts queueing times down by aggressive behavior. Staff pushed my trays so hard that the tray with my laptop toppled and crashed. When I tried to claim compensation for the broken screen avinor wrote to me it was my fault, because I did not use a tray. I am Silver with star plus delta and had a 750 flight legs before and yes I do put all my stuff into trays. Better do photos next time you fly through Gardermoen!
1/10

"the worst airport in Europe"

✅ Trip Verified | Information is bad, the airport does not have fast track, it takes ages to check in. The buisness check in and economy check in, does not have a system, passengers that fly buisness pay for something they don't get. Restaurants and staff are mad and really not nice. Probly the worst airport in Europe.
8/10

Not Verified | Really clean and modern airport. Terminal seating isn't bad, but could be better. Queues don't take much time as they have many check-in desks. And for plane spotters, the terminal has windows so you can see both runways.
11 to 20 of 144 Reviews