Not Verified | Great experience using Norwich airport. Efficient and cheerful check-in personnel. Compact WH Smith outlets land and airside. Fast, friendly and helpful security people. Sweet little duty free. Great hot/cold snacks/drinks areas. Lots of seating with airfield and runway view. Downside was no ‘development’ fee spent on arrivals. Walk from aircraft (hoping it’s not raining) then queuing under draughty, plastic-covered outside waiting area before clearing customs. Not good. TIP: On arrival, phone whoever is picking you up to let them know you’ve arrived. it’s best if they wait for you away from the airport. Most planes arrive late so the 30-minute £3 parking fee becomes £10.
9/10

"airport is always a breeze"

Not Verified | I fly from Amsterdam to Norwich and back regularly. The airport is always a breeze. Check in never has a queue, security never has a queue. You can arrive 30 minutes before a flight and it's never a trouble. Staff are nice and friendly. There isn't a massive selection of things to do airside, but you wouldn't expect there to be. The development fee is bizarre, but certainly not unique to Norwich. Go to a small airport, get a small airport experience. Norwich appears well run and is always a pleasure to fly through. If you want a big airport experience, go to a big airport. I'll happily take shorter waiting times and friendlier service and stick with Norwich.
2/10

✅ Trip Verified | Poorly organised and limited airport with backwards practices. The first issue is that the long stay car park is not signposted, you are funnelled into the short stay with no way to back out and the contact on the exit barrier then acts surprised at your mistake, even though others were doing the same just for the short time we were there. Next is a 'Development fee' that all adults are required to pay on check-in at around £10. I was aware of this before attending but it feels like a rip-off as there are no modern amenities to speak of - it's the sort of scam you expect in a banana republic. We had to wait 9 hours for a replacement aircraft as ours had a technical fault and, although this is not directly the airport's fault, I can't help wonder if the issue could have been dealt with at a better-equipped airport? There are lots stories about the issues caused by the fact the airport closes over night. Our return flight was affected by this, not because we travelled late but because a delay to our aircraft because due to this from the early morning where it had to divert to the midlands! Then final point and the one that left the bitter taste in my mouth (and the reason for this review) was that when I went to leave the (prepaid) carpark, 3 hours late because of our delay, I wasn't allowed to leave until I paid a £15 fee for the overstay. With the fact I paid them £100 for the parking and the development fee, this felt like daylight robbery and the man on the barrier intercom simply told me it wasn't his problem and to contact my airline. Overall a poor show Norwich. Stansted is slightly closer for me and friends laughed when i said I would try Norwich - that it would be backwards and not fit mof the modern age, unfortunately you proved then right!
2/10

"Where does the airport development fee go?"

Not Verified | August 2022. I swore never to use Norwich airport ever again after using it in Sept 2019 but, because of the chaotic departure experience at Gatwick earlier this year, my partner has sworn off using Gatwick so that leaves us with Norwich - which I’m dreading. Where does the airport development fee go? Straight into the pockets of the owners? It’s certainly not used to enhance passenger experience. No shop landside, expensive and minimal range of refreshments airside. Upon arrival airside, passengers are still expected to wait in a draughty, open-ended bus shelter outside the building before clearing customs. That is just an insult. Norwich, a beautiful city, deserves more than this travesty of an airport.
3/10

"having to wait an extra hour"

Not Verified | Was disappointed as we had a delay coming back from Turkey, and on arrival we were told to stand back from the carousel to collect our luggage, as the KLM flight that came in after us had priority. We saw parents with young children and babies having to wait an extra hour which is beyond a joke, this is very disturbing and should not be allowed to happen.
1/10

"no retail outlets available at Norwich"

✅ Trip Verified | I cannot believe that in these times there is still no retail outlets available at Norwich. And now on top of a £10 development fee, which is never developed, they still wont open any retail there. Whilst I appreciate covid has made some issues, Aberdeen was back in lock-down and still opened there duty free/ retail so magazines, drinks etc could be purchased. Some people are sitting for several hours and cannot get anything, I don't think I've ever seen an airport like it! 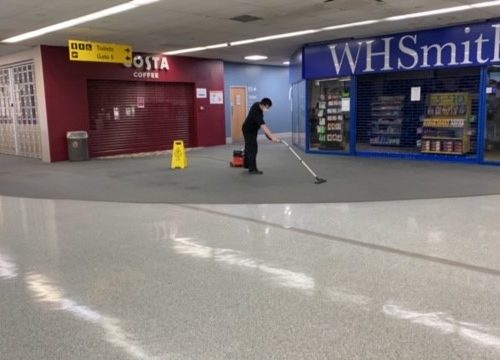 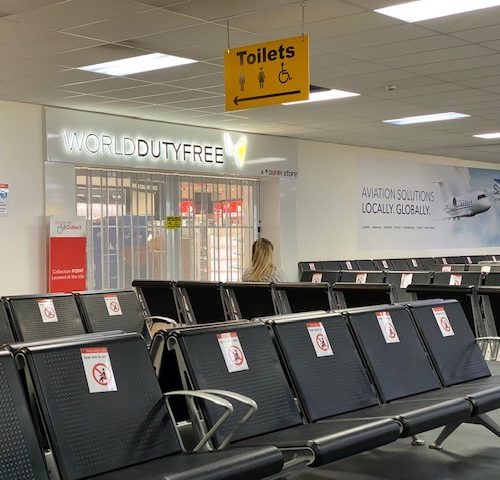 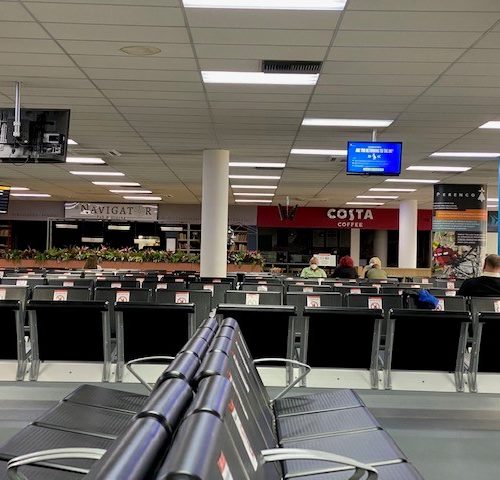 Not Verified | Staff extremely rude, everything very expensive, had to pay the £10 development fee but could not see any changes since I last used the airport a number of years ago. Thought that I would just see if there were any improvements since I last flew from there but unfortunately not. I regularly fly from Stanstead,far better Airport and far cheaper.
4/10

Not Verified | Nothing was above average but I would like to criticise the security personnel. I was trained by British Airways many years ago and have been in travel, including as a writer and travel website designer, for almost 40 years. Security staff were rude, told that next time I put two plastic bags with mini toiletries into the same plastic tray, that they would confiscate one of them! The tone was rude, basically disrespectful. I expected an issue because as my partner of 35 years and myself approached the security area the two officers on duty visibly gave us an acid look which was jarring and unsettling to say the least! The experience was unnecessary and frankly, together with our experience on our return, led us to suggest, after our return home, to equating the personnel as resembling SS guards of WW2. And no joke! Like Hello Hello! Without the humour! Not a nice comparison but the attitude of the security and passport staff must be a lot more respectful and polite. They need retraining. This is the least we should expect of so-called professionals, to be treated with respect, dignity and politeness! Advice, if you come up against any aggressive rudeness, simply politely tell then not be quite so rude! If they escalate the situation by becoming even more aggressively rude, demand to speak to a superior and complain. That is your right.
7/10

"good enough for us"

Not Verified | Flew to Menorca with TUI for a weeks holiday. There was a queue at check-in for bag drop but we only waited 10 minutes. Paid our £10 fine, it’s annoying they still charge it but I’d rather pay that than have to drive to London. Security is thorough and the staff aren’t particularly nice but it was quick. There is now a WH Smith and Costa as well as a new bar in the departure lounge which is a welcome improvement compared to what used to be there. Airport was clean and tidy and the gate staff were pleasant. Choice of shops is limited but not sure what else you would expect when flying from a small airport. On way home had to queue outside before immigration but was still in the car 20 minutes after landing. Not a perfect airport but was good enough for us and would definitely use again instead of Stansted or Gatwick
8/10

"the staff were friendly"

Not Verified | Used Norwich this year for my summer holiday after driving to Stansted for the last 3 years. The place does look a bit fresher with a Costa Coffee land and air side and a new revamped pub called The Navigator, but the main plus point for me was the fact that within 30 minutes of putting my cases in the Taxi I was air side ordering a breakfast (I live 5 miles from the airport). Its never busy and compared with Stansted and I have to say the staff were friendly. But on returning the last passengers off a 737 were still queuing in the open to get through passport control.
1 to 10 of 93 Reviews