"staff were not very nice"

Not Verified | To my surprise, the airport was quite clean and kept in well order. The staff were not very nice for some reason, and I strive to always be nice to everyone that works hard like I see these people doing. I did not get my kindness in return. It wasn't too crowded for a Saturday afternoon, and the lines were alright as well
1/10

"asked multiple employees to help and nobody did"

✅ Trip Verified | I had a flight today from Newark Airport into Detroit. I got to the airport at 8.45 for a flight that was scheduled to depart at 10.05. I had 3 bags, so I knew I needed to check one of the bags. Most airports let me check a bag at the gate. I have done so at Newark before. The TSA Worker stopped me and asked me to show her my boarding pass before I entered the security line as expected. Than she told me that I had 3 bags and therefore had to go downstairs to check one. I than said that I planned on just checking my bag at the gate. She said "downstairs". And I said "wait can't I check it at the gate". She said I wasn't allowed through until I went downstairs. So I went downstairs. The staff were very unhelpful and the lines were ridiculous. When I finally checked my bag. I went back up to the security line. The same worker as before was trying to tell me I couldn't have 2 bags and had to check the other (which clearly isn't true, your allowed a personal bag and a carry-on bag). They were both small backpacks so its not like they were big. I think she may have been trying to take advantage of the fact that I'm a freshman in college and look like I don't know what I'm doing. I'll give her the benefit of doubt and say maybe it was miscommunication though as she wasn't clear and kept just saying "check bags downstairs" and wouldn't really answer my questions. I then was in the security line. The signs said 15-20 minutes. This was at 9.05, so an hour before my departure time. The line was moving pretty slow, so along the way I asked a couple of workers if they could help me since my flight was pretty soon. They said no, which was understandable considering I still had 30 mins until boarding started, and the lines were only "15-20 minutes". At about 9.25 (boarding starts at 9.40, ends at 9.50), I was still pretty far back in the line and it was clear the line wasn't moving. I then again asked the original TSA worker to help me as she was right next to me at this point. She said "I can't do anything about it. If boarding starts in 10 minutes the gate is already closed." First off that doesn't even make sense. The gate closes after the boarding ends. Anyway I kept on going through the line, and I was pretty close when it was 9.40 (boarding start). However, the line was going very slowly. I got to the point where you put your bags onto the belt at 9.45, 5 minutes before the gate closes. Since there were so many people putting their bags on their, my bags weren't being moved into the moving line. I asked the worker if she could put my bags in quickly since I had a flight to catch. She just stared at me with a blank stare. A kind man and a woman behind me asked me when my flight boards. I explained that the boarding started 5 minutes ago. They both said that it was ridiculous that they had seen me ask multiple employees to help and nobody did. The 2 people in front of me heard the conversation and let me move in front of them to try to make my flight. I got out of security at 9.48 and sprinted to the gate. When I got there at 9.51, there were 0 employees at the gate, and none at the surrounding gates either. I eventually found an employee at a gate 6 away from mine. He was the most helpful employee of the day. He told me to go to customer service and helped me get a new free ticket for a flight 4 hours later. It turns out that the flight left 10 minutes early and they closed boarding early as well. Terrible service. I'd rate them a 0/10 if possible. 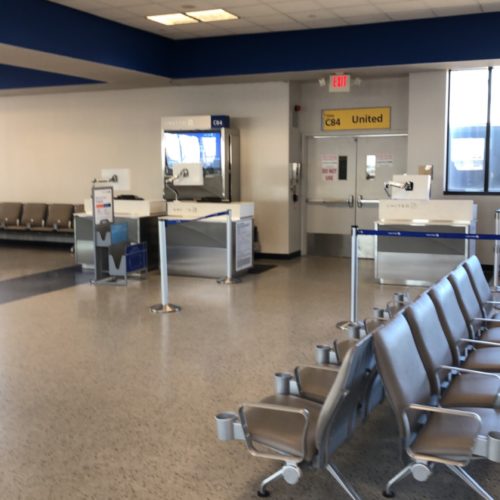 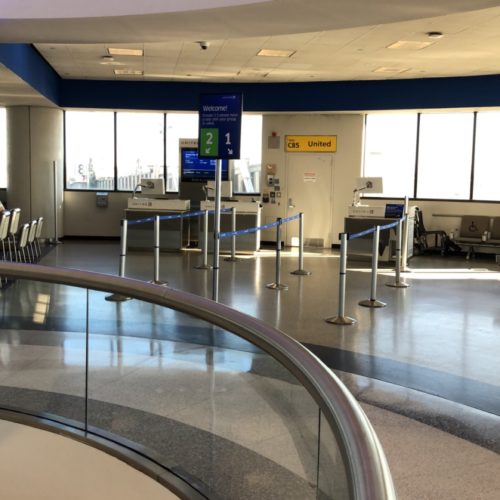 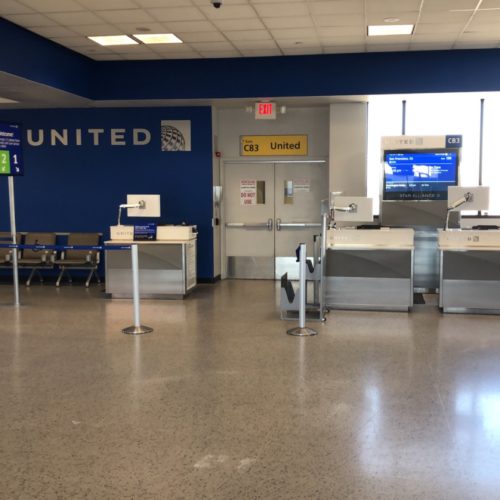 "subjected to music we do not want to hear"

Not Verified | The music is so loud and annoying. I tried to watch a movie with noise cancelling headphones on and could not hear it over the music. It also makes it difficult to hear the announcements. Not everyone likes the same music so I don't know why we have to be subjected to music we do not want to hear. I hate to fly out of here but sometimes I am forced to use this airport and I always dread it. Why does the anyone think it's a good idea to create a more chaotic environment. It seems an easy thing to fix. Lower the volume.
2/10

✅ Trip Verified | I have never reviewed TSA or any other airport for that matter, but these people are so abusive in their perceived 'power' over the public that it is inconceivable to not give a review. The majority of the TSA staff at Newark are not just rude ... they shouldn't be assisting people in any capacity whatsoever. The initial 'greeter' was a woman that glared and yelled at every one filling up their baskets in the most hostile fashion that people seemed to be cowering. As you moved thru the line she intermittently yelled at older travelers if they moved to slow, or used the wrong kind of basket (although she didn't do anything to replenish the 'correct' ones to her bays) and generally terrorized the guests. It was actually so absurdly over the top that it was humorous at first until you passed thru the scanner and made it to the other side where the remaining 7-10 TSA employees (definitively more TSA employees than in any other airport that I've seen at any one time), loitered and talked amongst themselves and pointedly refused to assist anyone. They would not make eye contact or converse with guests who were trying to catch a flight. If you can avoid Newark airport in general (all Union restaurant and bartenders) ... and of course I had to wait to review because the wifi is so useless...you'll be happier, but that is just the icing on the cake. If you can avoid Newark TSA 'agents' .. lazy, entitled, abusive, rough and mean. I'd say you've dodged a bullet. I feel like someone should report them to their superiors .. but to have hired those people in mass makes me think whomever is in charge wouldn't care to improve.
2/10

"Avoid Newark if you can!"

✅ Trip Verified | I'm a frequent traveler and never have been compelled to write a negative review for an airport experience until now. Lack of proper signage to tell you where you should go. Worst of all is the rude TSA staff that feel the need to hurl snarky insults to the taxpaying passengers who pay for their salaries. They live up to the stereotype of Newark, New Jersey being called the most unfriendly city in the world. First time to EWR and probably the last. Avoid Newark if you can!
1/10

"It is too small to cope"

✅ Trip Verified | I would avoid Newark Airport as much as possible. It is too small to cope. Even many of the washrooms are only portable chemical sheds. The screening lines are long and the supervisors rude. I waited 45 minutes in one line only to be told to move to another due to my hip implant where a full body scan was required. It would have been helpful to have some signs or instruction. Even the Air Canada business class lounge was terrible. My wife and I need to stand for some time before finding a small desk to share with other disgruntle passengers.
1/10

"the most ridiculous setup I’ve ever experienced"

✅ Trip Verified | The worst setup for getting food at an airport. Tried to get a quesadilla at Philley Cheesesteak. No signs or indications where to place your order, pay for your order, or where to sit with your food. When asked food service staff they were rude with directing me as if it should be obvious that you pay for your food across the aisle at a separate counter. I placed my order and it took 45 minute to get a quesadilla only after I called the lengthy wait to the staff’s attention. I received a text that my food was ready 1 hour after placing the order. Whoever thought of this concept for food service should be fired. I’ve never written a review for anything before. This experience was so bad. A two hour layover that should have been relaxing was replaced with the rudest food staff I’ve ever encountered and the most ridiculous setup I’ve ever experienced for getting food anywhere.
1/10

"must be the worst airport in the world"

Not Verified | I have traveled to 45 states and 20 countries and this must be the worst airport in the world. Totally inadequate and disorganized, with unfriendly, rude people everywhere. Do not do an international transfer from this airport unless you allow 3 to 4 hours. EWR is over rated with a score of 2 out of 10.
1/10

"This airport is a joke"

Not Verified | This airport is a joke! One security line for hundreds of people, unfriendly staff, free WiFi doesn’t work, departure screen never updates so had to rein on my cellular data, at a charge to get updated info because WiFi doesn’t work. Portapotties for bathrooms, no employees to ask for help and extremely dirty! Avoid this airport if you can!
1/10

"Not a pleasant experience"

Not Verified | I was departing late at night. None of the water fountains in the waiting area were working forcing passengers to buy bottled water at ridiculous prices. There were only 2 food places opened and both with huge lines. The coffee machine didn't work. Not a pleasant experience waiting for your flight.
21 to 30 of 343 Reviews