"very consistent in its ability to provide poor service"

Not Verified | I use the KRK airport about 4x per month for commuting and this for already a period of 3 years. From my >100 visits I can state that the KRK airport is very consistent in its ability to provide poor service. You could almost call it an achievement how practically everyone who works in this airport and interacts with customers fails to have any basic understanding of how to treat a customer. This mainly valid for the ticketing offices - the check-in desks - the duty free shop - and especially in the business lounge.
1/10

"a terrible airport with terrible service and treatment"

Not Verified | Unfortunately the experience of my transit at Krakow Airport was terrible. We still have covid and the airline/airport decided to load a full plane of people in one single transit bus to get us from the plane to the arrival terminal (we were all in each other's face, not exaggerating here, and I was squeezed by the bus doors on the ride). Absolutely terrible. The officers there smirked when they saw me hesitating to enter and signaled me to enter from a certain door in the bus too which I very reluctantly did. To add to this first bad impression, upon arriving to the terminal, they did not allow transfers directly through arrivals, but also they had no information and the signs to follow the "transfer" route were still there. Then two other soldier-dressed officers passing by me (while I tried following the transfer route) ironically remarked that "Can't you see where the others are going?" and continued while I stopped and said "But I am self-transferring and the transfer signs show to go this way". They never turned around and just continued on. Lines were not respecting distancing rules again in the PLF check points and everyone was extremely rude and simply had the attitude to get it over and done with you. Similarly inside the departure gates, the security check was very poorly situated with very short-length benches, and with the security talking in single words and rushing everyone remarking it is a stressful experience. All in all a terrible airport with terrible service and treatment. Only the food was good from the restaurants.
8/10

✅ Trip Verified | A small decent airport as an entry point to Southern Poland. Staff is friendly and acts efficiently, food and beverages aren't too expensive. Seating isn't the best as it's made of hard plastic. Overall a good experience.
1/10

"so rude and aggressive"

✅ Trip Verified | The worst experience ever. I flew with my two children only. The check-in people from Ryanair and the security guys from passport and baggage check were so rude and aggressive. Disgraceful attitude and so much unnecessary stress. Already made a official complaint to the airport itself. This wasn't my first time there, but definitely the last one! Not recommending there, avoid if you can.
1/10

✅ Trip Verified | Absolutely worst place never check in your bags you will be robbed. I didn’t want to give my luggage but they forced me they forced me and few ppl to give away their bags. Don’t recommend this airport. 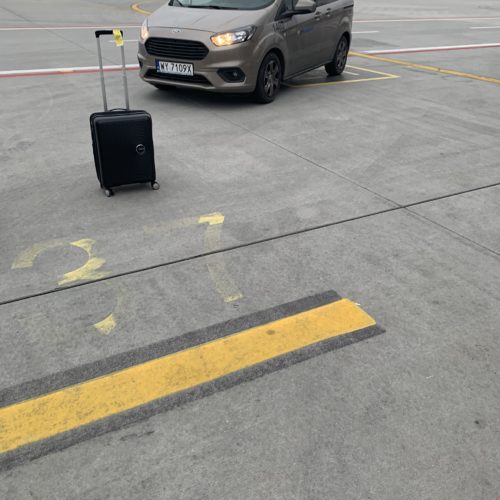 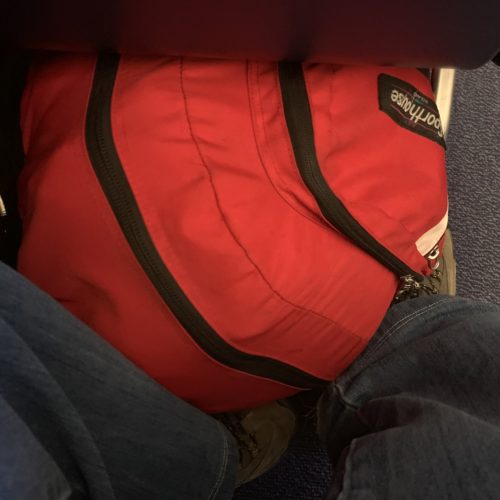 "A bad end to a great holiday"

Not Verified | My family and I experienced a great time in Kraków and thoroughly enjoyed our stay. We met some wonderful people and the service anywhere we went was exceptional. Unfortunately we had a bad experience at the airport when we were leaving the country. The security staff were extremely rude and almost barked orders at everyone. What a shame! A bad end to a great holiday. I really do feel the behaviour of these guards should be looked at and reviewed.
3/10

Not Verified | Security staff aggressive and difficult. Taxis charges above listed fares otherwise nice new airport with pleasant restaurants. If using the bus the bus drivers are not helpful and you might need a card or the right change to pay for the fare.
2/10

Not Verified | Arrival was late as our plane was delayed leaving but once off and bussed in (no sky bridges) it was relatively straightforward to follow every one else to passport control. Being well-behaved Brits we followed the mainline and were in some of the first arrivals to the passport hall so the majority of the flight arrived after us but didn't wait in line, instead it became a free-for-all for them to individual desks rather than 1 line and then everyone takes their turn at the next available desk. After 20 minutes in the official line moving at a snail's pace (because this line now only had access to 1 desk) we just joined the bun fight but really they should have had officials there doing some crowd control. For departures it was a debacle getting to the airport. The train was cancelled without warning, it didn't turn up and just disappeared off the screen. The next 'train' was actually a replacement service on a bus. But at the bus station there was no sign to indicate where the stop for the replacement service was. We saw an unmarked bus waiting in the centre of a small roundabout, there was no bus stop sign, no shelter, no illuminated destination board or number at the front/side of the bus, no easy pedestrian access to reach this island so we figured this was an out of service bus with the driver taking a break and thought the replacement bus would come and use one of the regular bus stops complete with signage, shelter, timetables, bus ticket machine - how wrong we were, there was no one to ask nearby so we queued at the ticket desk and were waved in the general direction of the bus stops we'd been waiting at, it transpires the one we needed was the unmarked one but why they didn't have a bus stop sign or have it written on the bus, even a basic plane symbol would've sufficed, beggars belief. Finally caught a local bus that took much longer but at least had the destination clearly on it but time was running out so allow plenty of time if you're relying on public transport, the train in theory should be the easiest way - if it isn't cancelled. Going through security was a nightmare. In fact if I don't return to Krakow it'll be the fault of the female officer at security. She made me feel like something not worthy to be under her shoe. I have travelled extensively but have never dealt with anyone ruder in an airport. I'm no dimwit and know what to do at security and never had an issue before. I removed everything I needed to but the trays for the x-ray machine were quite small so by the time I'd removed winter boots, bulky coat, scarf, hat, 2 cabin bags etc I needed a few trays. Everything went through fine, and at the other end I was trying to juggle it all but staff stood over me blatantly playing power games, getting angry at me for not being quick enough, for trying to take the tray's away (I was just trying to get out of the way of the conveyor to regroup), gesticulating and shouting at me - it wasn't busy and she wasn't doing anything else eg searching bags or whatever, so she could have been helping passengers out, instead she was on a power trip humiliating me, forcing me to put the trays on the conveyor back and snarling at me because when I did I didn't know I had to forcibly push it to send it back down, blaming me for other people's trays too. I don't know what her problem is but I don't like being her punchbag. Krakow airport needs to improve.
1/10

✅ Trip Verified | Horrible airport. I arrived very early today, 8 hours before my flight. I came early due to various reasons. Hotel couldn’t keep my luggage, there were no available lockers at glowny station etc. On arrival I find out I can’t go through, even though I only have hand luggage due to a six hour rule. Not sure why, when I questioned it at the info desk, the suited guy simply shrugged his shoulders and said, ‘that’s how it is here’. So, I have to kill 2 hours ground side, ok, go to the suitcase bar to get lunch and a drink. Stale hard bread for sandwiches and when asking for a large beer, I get it filled 2/3? On arrival and now going home, the staff are very unfriendly and not approachable at all. Not a great advertisement for Krakow or Poland sadly.
2/10

✅ Trip Verified | Nice little airport. Sadly the security staff were rude and difficult. They still think its a communist state. I will avoid this airport in future maybe Poland also.
1 to 10 of 66 Reviews