"The TSA/security here was absolutely horrible"

Not Verified | The TSA/security here was absolutely horrible. For some reason they took forever to give my stuff back even though my mom kept saying that we were going to miss our flight, to which they either didn’t care or gave attitude. I’m a calm person most of the time but security was taking so long to check our stuff and they checked my bag for absolutely no reason even though we just went through security for 10 min - so I honestly snapped and yelled at them which happened because the TSA agent was incredibly rude to my mom. I shouldn’t have yelled at all but the service was absolutely godawful, I’ve gone through TSA numerous times in other airports and they're mostly normal and don’t take 30 minutes to give your luggage back and also to add that Lufthansa gave us a form to fill out-even though nobody ever checked it, which wasted more of our time. Don’t go here unless you want to experience the fun of the TSA holding your bags so you miss your flight.
1/10

"I have never seen such an horrible place"

Not Verified | I have never seen such an horrible place. Grey, grey, grey and old. Nothing beautiful here. The chairs are for to sit down, but not style. The roof is full of cables and all open. I have been travelling all around the world, but never been in hell like this. Do something! 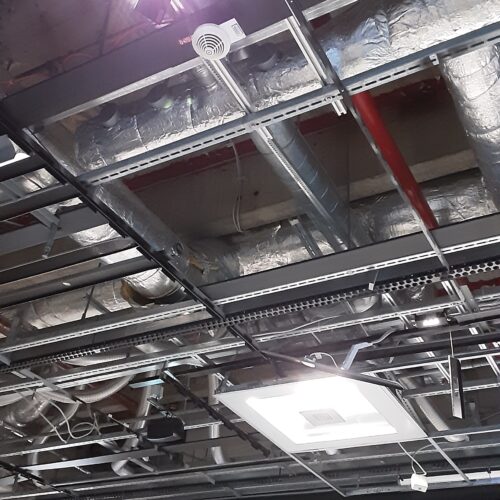 ✅ Trip Verified | Appalling behaviour by the security staff. They refused to speak English and berated me for forgetting to take my phone out of my pocket. As punishment they decided to waste 10 whole minutes on body search although I told them I would miss my connection. I made it at the nick of time but I'm raising a formal complaint with the airport.
1/10

"Avoid Frankfurt airport if you can"

✅ Trip Verified | This might be the 70th airport I have visited in my life and the worst experience yet. I arrived there in an 80 people Schengen flight. This was during COVID times and the terminal was almost empty. However it took 1+hour for out luggage to come out! It would have been quicker for us to pick it from the plane directly! The atmosphere in the airport was mournful, quivering lights, no staff to ask questions, signs sometimes were contradictory, just a few places to disinfect hands. Avoid Frankfurt airport if you can!
1/10

✅ Trip Verified | Don't travel with Lufthansa through Frankfurt airport. In fact, this airport does not have any professionalism in dealing with travelers, whether transit passengers or traveling passengers. In addition to mistreatment at the airport, they cannot speak English normally, so the police officers do not help anyone find their way, even if there are insufficient signals at the airport. This is in addition to the lack of cleanliness of the place and the absence of soap in the bathrooms (in the time of the Corona epidemic). This is with the existence of the most horrific transportation company in the world, Lufthansa, who are only good at cutting travel bags and losing their contents. In fact, it was a terrible experience. I would not recommend anyone to travel by Lufthansa through Frankfurt airport, even if did not travel at all.
1/10

✅ Trip Verified | Very unsettling experience! We had an employee come up to our group yelling at us telling us that we needed to leave an area that we had no idea that became a passport/boarding pass checkpoint after 6am. Most of our group was asleep and it was extremely unpleasant being woke up like that. Whenever I spoke with a supervisor about this he was honestly no help and I was afraid to keep pushing because I didn't want him to make me miss my flight or something else happen. Very uncomfortable situation to be in and I personally will try to not avoid Frankfurt.
4/10

"customer service at Frankfort Airport is not good"

Not Verified | The overall customer service at Frankfort Airport is not good. The behavior of airport staff is very unfriendly so bad that you can feel it. If you ask a question from police, they ignore you. If you ask the staff a question most of the time you don't get a friendly and helpful response. I don't know if it's because of not speaking English or its the culture. You would never see a police or staff having a little smile when answering your question or any other matter. My overall experience is that I don't feel it's a friendly environment like US airports etc and feel like they don't like the passengers.
1/10

"The airport is simply awful"

✅ Trip Verified | I only gave it a rating of 1 because I was forced to. I would give it a zero rating if I could. The airport is simply awful. Actually the phrase 'airport' is misleading because if the security staff get their way, you won't be going anywhere. You are forced to walk extremely long distances for transfer flights and I went through TWO security checks when I was transferring flights from a place that already did security checks. After the first check, I wrongly assumed it would be safe to buy a bottle of water, which by the way, cost 3 Euro. Little did I know that there would be yet another check for the transit flight and so my overpriced bottle of water was promptly confiscated. Furthermore, because of the extremely poor signs and the fact that there was no indication of how to get to the transfer hall - I would then follow the signs for my gate number only to have yet another security check. I nearly missed my transfer flight as a result, because I only had an hour in-between transfers. Bear in mind, the airport was practically empty due to the pandemic. Had it been busier, there's no way I would have made it. If your transit time is less than 2.5 hours, do not transit here. You've been warned. I tried to explain my situation to the agents, but it was useless. Even after the second check, I had to ASK where to go. Had I simply followed the signs, I more than likely would have missed the flight and been forced to go through another security check. This is because the signs simply lead you back around to the same route you were before. The place where I needed to go was not obvious at all. Another group of passengers that I saw on the first check experienced similar frustrations and were equally confused. I fly quite a bit and have never experienced such confusion, even in airports in developing countries. You might be thinking "well why not just go to the information desk?" The answer is that all the information desks were closed. Bear in mind, it was the middle of the day, just after 12pm on a Monday. Oh and the food options are extremely poor, water is overpriced. Come to think of it, the staff at the food shop weren't that nice either.
1/10

Not Verified | In the past, I was picked out at random for explosives where the federal police come and do an additional checks. In theory ok unless it takes them 20min from the other end of the airport to perform this. Today however was especially poor. There were more security staff than passengers, more federal police than normal (later I found out why) and the slowest pace, none experienced Security group I’ve ever come across in FRA. Both carry on bags were double checked, one again random test for explosives. The gentleman in front of me, had the same thing so now it was obvious why the police were stationed there. The machine was going crazy, positively testing way more than normal holding the entire process up. On top of that, eventhough they only asked for me to take the laptop out, they clearly had an issue with my phone and computer charging cables. Since when do we need to take those out? After 10min arguing about what they both were seeing on the screen, the two security Ladies handed back my second carry on with no further comments. My security check only alone took 27min, is this typical for travel during Covid times?
7/10

"I would choose FRA again"

Not Verified | There is always something new to explore at Frankfurt Airport. It is a very clean airport with friendly staff and a big variety of areas to relax before long flights. I would choose FRA again.
1 to 10 of 574 Reviews