Not Verified | By far the worst airport experience I ever had. As a well travelled person I never experience such a degree of bad architecture design/ planning and staff rudeness. The airport signage is so bad that it took me ages and a few trips up and down to actually find a toilet (by the way the toilets are so dirty that for moment I thought I was in a summer festival). Peak of summer and only 1 security gate open. It just took us 2 hours to get through security - all this time standing. The staff is so rude that as a calm person I saw a glimpse of fury rising through my veins. Poor seating conditions and ventilation.
1/10

Not Verified | Worst airport ever. After 4 hours delay because of the aircraft experienced difficulties at Duuseldorf, it arrived back in Dusseldorf at 23.00h. We couldn't leave because there were no stairs and had to wait another hour in the plane. At that time no trains were available anymore and the only way to get back was taking a taxi for > 100 Euro. They simply don’t care at all.
1/10

"one of the worst European airports"

Not Verified | Quiet frankly one of the worst European airports. Dirty toilets seating areas. But that pales into insignificance for the delays to get through security 4hr wait - one gate open doing checks for an entire airport. Staff who couldn’t care less, Germany you should be ashamed this represents your country. 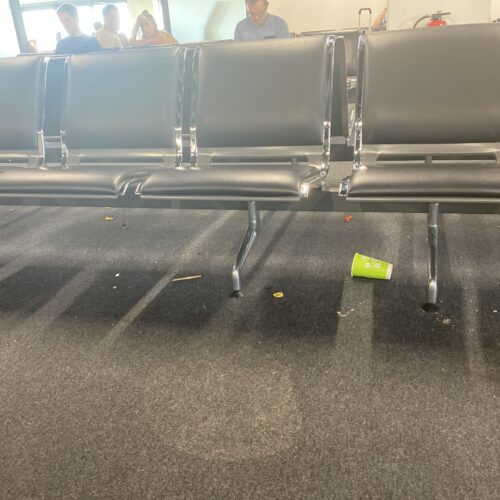 Not Verified | More than 4 hours waiting before departure, luggage and security. Arrival we are still waiting more than an hour and no luggage. Overall the toilets are really dirty.
1/10

✅ Trip Verified | If you are a on Business Travel I strongly recommend to skip Dusseldorf if you have a chance. Very badly organised - rude service people - long lines - no fast track. A place to avoid 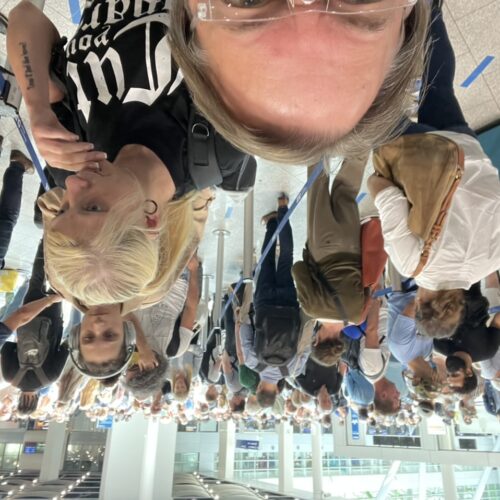 Not Verified | First about arrival on June 22 at 12am. Delay for luggage delivery 1 hour 10 minutes. Consequence: loss of car rental. Second about departure on June 24 to Warsaw. Arrival at the airport at 6am. Time for checkin at LOT Polish less than 5 minutes. Time necessary for security control 1 hour 10 minutes. Flight took off with one hour delay.
1/10

"The worst queues for security"

✅ Trip Verified | The worst queues for security, check in and passport control I have ever experienced. Nearly 2 hours of queuing for a 6:40am flight. Unbelievably bad. Avoid departing from this airport at all costs!
1/10

Not Verified | Terrible airport! This is a huge line to get to the security control of gate A. Gate B looks as bad. I’ve been in line it’s been 40 minutes already and we are not even half way through. Terrible service! I don’t remember ever staying 2 hours queuing to get to X-Ray. Avoid Düsseldorf airport! 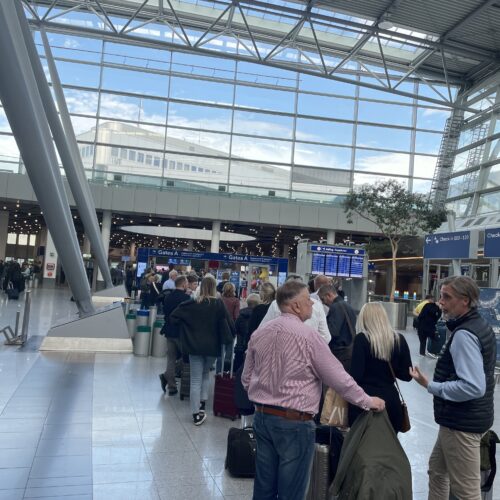 "one of the worst airports in the world"

✅ Trip Verified | We have decided that this must be one of the worst airports in the world. The departure boards are small and difficult to see and the information badly laid out. We couldn't work out where to find the check in desks for our airline. There were no staff to ask. In the end we asked the one 'airport official' who was standing by the Eurowings desk. He was not only unhelpful but unpleasant, telling us that there was no flight leaving Dusseldorf from the Airline we were travelling on at the time on the flight ticket. He seemed to go out of his way to be unpleasant. Once we were through Security we tried to use the toilets - almost all of which were closed. Eventually found one with queues and 2 stalls. The one I eventually went in had no toilet seat nor any back panel on the wall where the flush button usually is! All the inner workings were exposed. Then looked for bottled water: found only 2 places that sold it. Both were counters selling drinks and food. Both counters had only one person behind them: serving the food, making the coffees and taking the payments. There were huge queues. We waited 25minutes to buy the water at an extortionate price! They were calling the flight by the time we got it and we had to rush to the gate. Only good things were that the Security staff were very nice and the passport control were helpful.
1 to 10 of 117 Reviews