Not Verified | Picked up a relative from the airport this morning was quite disappointed by the confusing parking arrangement. There is a large area for pickups but it was blocked off with directions pushing people into the car park which then charges you. Bad vibes from an otherwise seemingly nice looking Airport.
8/10

"Didn’t have to wait long"

✅ Trip Verified | Easy airport both arrivals and departure being quite small yet very attractive. Didn’t have to wait long for my bag. Hire car offices are all outside the terminal, but very easy to negotiate finding the car and the exit. Returning, security staff were pleasant however there was next to no room to prepare bags for the conveyer belt which was inefficient. Directions, didn’t see them, although not really an issue being a compact terminal. Every time I’ve been here my flight out has been delayed and Sunday night was no exception. The toilets are kept clean and very modern however there is little to do there except stare blankly out the large windows to the tarmac. We had to board (Virgin) via narrow short steps being a prop plane, which could be an issue for some.
6/10

"staff could be a little more friendly"

❎ Not Verified | Whilst the airport is new and spacious, staff could be a little more friendly and helpful. Poor services with food and beverage during the departure process. Coming in early morning there was a long queue to clear customs. Perhaps additional staff so passengers don't have to wait for 30 minutes. First impressions were bad. Then to top that off the flight crew from Singapore Airlines tried to express through customs and were sent back to the end of the line of waiting passengers. Really!? I've never seen this occur anywhere in the world. The staff have been working all night and do this for a living. I'm sure not one passenger would begrudge them exiting quickly. Get your act together Canberra. You're an embarrassment.
6/10

"Get your act together Canberra"

❎ Not Verified | Whilst the airport is new and spacious, staff could be a little more friendly and helpful. Poor services with food and beverage during the departure process. Coming in early morning there was a long queue to clear customs. Perhaps additional staff so passengers don't have to wait for 30 minutes. First impressions were bad. Then to top that off the flight crew from Singapore Airlines tried to express through customs and were sent back to the end of the line of waiting passengers. I've never seen the his occur anywhere in the world. The staff have been working all night and do this for a living. I'm sure not one passenger would begrudge them exiting quickly. Get your act together Canberra. You're an embarrassment.
3/10

❎ Not Verified | Disgraceful place, first plane cancelled at night, we get told to come back at 5.30am, now this plane is delayed and there is no food places available. Apparently at the security area wasn't able to cook breakfast without a chef. Catch up with the rest of Australia and try to get the planes to actually fly on time, and if not at least have food for people that you delay.
8/10

✅ Trip Verified | Although arrivals and departures are mostly on the same floor it doesn’t feel crowded as the airport is light, bright and spacious. Arrival for Tiger however is ground level with steps and you need an escalator to the next level. Little queuing time for security. It is quite a lovely airport - the huge windows looking out to the tarmac are great. Kept very clean and although a small airport with limited dining options it does the job well.
7/10

Canberra Airport is a big shiny shed. What a great terminal. Glass, chrome, concrete, bits of marble, just a nice functional building, yeah? Well if you can access it, it would be great. So 4:10am in the morning, we rock up to jump on a 6am flight. Normal for most organised people, you know boarding at 5:40 so rather than rush. I later found a security chap and found out it doesn’t open till 5am. The new privately owned terminal doesn’t open till 5am, so at that time there’s an unsightly queue of grumpy people waiting to be searched and interrogated at security prior to sprinting to their flights, or a club for last minute coffee. Even the flight crews look frazzled, attempting to negotiate security, customers and a bad hair day. So what’s the function of an airport terminal? I thought it was service; to effortlessly transport people to and fro and with the comfort and efficiency befitting such a modern complex. Who would have though, accountants would get in the way? So to the owners of this complex, perhaps you could lift your game just a touch. Perhaps open the complex at 4:30am, or to be really daring; try 4am. The extra time will allow a smooth and gradual flow of ‘customers’ through your complex, otherwise it’s just a big shiny shed. Nice building though. 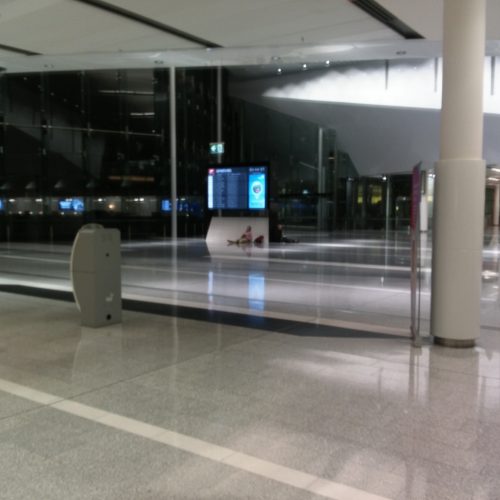 "probably the nicest airport in Australia"

✅ Verified Review | Probably the nicest airport in Australia. It's modern with lots of glass, very open with a great view to the runway from the Terminal. On arrival, it's easy to find what you're looking for. The rental cars all seem to be out of the airport and down the side of the road, but there's little traffic, very clean and open. On departure, again very easy to navigate. The toilets were modern and clean with no line ups. Little to no wait through security. There are not a lot of food options but certainly you won't go hungry. Being a small airport you can walk one end to the other in under 10 mins. Like most Australian airports it's pretty boring though and apart from an Aeroplane Jelly truck there are no displays. Good that they have air bridges. I personally wish Melbourne airport was half as nice as this one.
9/10

The new Canberra airport is a stunningly beautiful modern building. Now it's opened up to international flights they have put forward every effort to ensure Australia's capital creates a world class first impression. The look and feel is more high end hotel or art gallery than airport but I loved it. 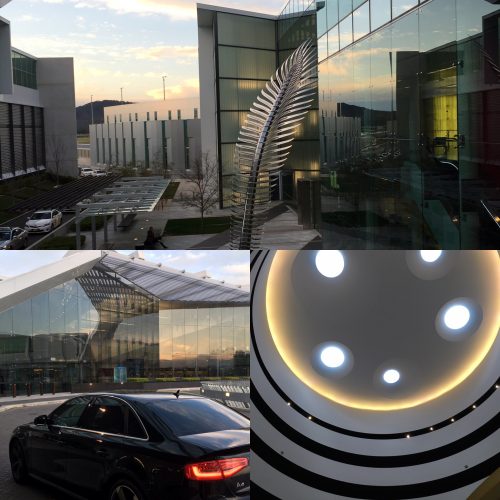 First time flight to Canberra. Arrived and departed on Virgin Australia ex Brisbane. Our flight arrived at 10.00pm on a Wednesday night. Only one other flight was arriving at around the same time. Terminal was well lit and luggage arrived very quickly. Found the cab rank but thought very poor signage directing you to the cab rank. Exited the wrong door to the cab rank. Our return flight was on Easter Sunday. Very quick from check in to airside. That's where the positives end. Virgin Australia gates are to the left and Qantas gates to the right. All the shops including food outlets are at the Qantas end. None at the Virgin end. There are electricity outlets in the floor which have a lid if you want to charge your phone or other devices. Have no idea if they are intended to be for public use. Only some outlets will allow you to charge Apple devices as the plug will not fit in some. Worst of all no wi fi available either in the terminal or the food outlets. Could be a great airport with a little attention to detail and wi fi.
11 to 20 of 39 Reviews