✅ Trip Verified | The travel procedures were fast and comfortable, the immigration officers were very fast in stamping my passport in entry and exit, the treatment of the staff was friendly. The airport is clean and has good restaurants, and the bathrooms are clean. 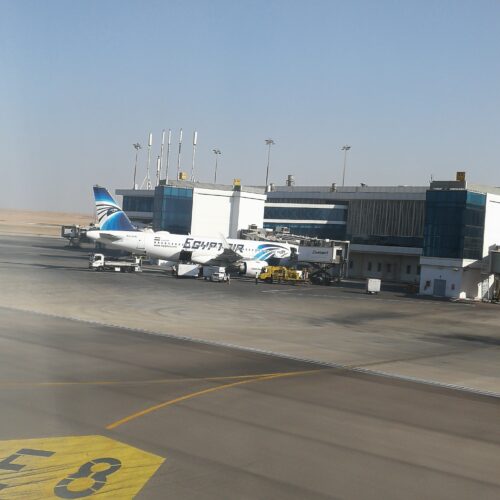 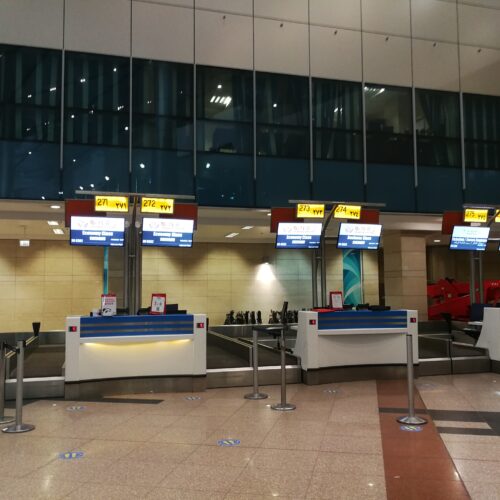 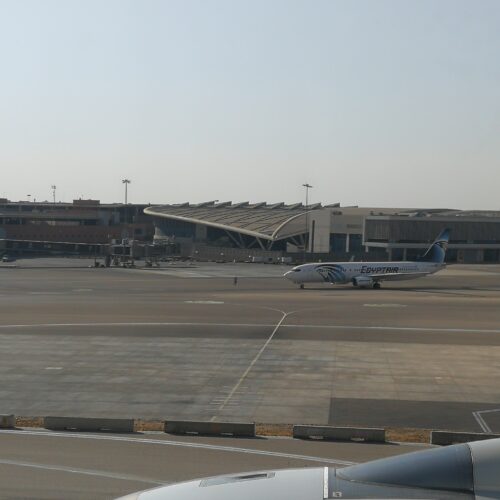 "I will surely try to avoid travelling there again"

Not Verified | I am a marine engineer and my work requires travelling abroad very often. I have been to many airports and I can say for sure that Cairo is the worst of them all! First of all it's cleanliness is below average and the airport staff are rude when you are asking for information. The worst part though is the check that is being done before you enter to your gate area. Due to work I have to carry with me an electronic device (Ultrasonic Thickness Device). I was not letting it go with my check-in baggage because I don't want to risk any loss of it. In every airport I don't have any issues with it. In Cairo they asked me about it and said it is illegal and they have to destroy it saying that it is enlisted as non-carry on equipment. I told them that nowhere on the Cairo airport site does it say about it being illegal to be transferred to carry-on baggage and after a long talk he said to me that he will do me a favor to let me take it but next time he will destroy it. I will surely try to avoid travelling there again.
1/10

"no real problem resolution at all"

✅ Trip Verified | Shocking service as we had a wheelchair person in our group and they did not find the chair, causing the whole group to miss tours. PR person said their feedback would happily surprise us but they just passed us on to the next person and their offer was enough to purchase 2 x cooldrinks at the airport. Follow up communication reads "but we tried-so so sorry" -but no real problem resolution at all
1/10

"do yourself a favour and fly somewhere else"

✅ Trip Verified | This airport is the worst airport ever. They gave you only 30 minutes free Internet and that's it. Seats are not comfortable. The employees trying the whole time to get money from you. Transit in Cairo? Please do yourself a favour and fly somewhere else.
1/10

✅ Trip Verified | Just terrible employee customer service. Abysmal attitude by all airport employees. Security staff extremely rude and demanding. Frisking everyone like a prisoner. Just have not seen this bad of an airport since back flying internationally this year. If they want business and tourist visitors, they need to change the customer service quick. Airport is hot and not clean. Restrooms smell and need service.
1/10

✅ Trip Verified | As with other reviews on this site I endorse and reiterate the horrendous harassment both arriving and departing Cairo International Airport which is intimidating, persistent and totally unacceptable. Arrival: A suited man holding a walkie-talkie approached me as soon as I passed through security/immigration introducing himself as working for the Government's Tourism department and could arrange a taxi and tours of Cairo and Egypt. I advised I'd already arranged a limo pick up from the airport as well as sorted my tourist trips with the hotel's concierge. Despite being told this he followed me to the baggage carousel and stood right next to me continuing the pressure of offering a taxi or tours despite my continued rejections. He even tried to take my luggage off the baggage carousel stating he was trying to help. He continued to follow me to, and surprising through, the Customs 'Nothing to Declare channel', still pushing his offer of a taxi well into the arrivals hall. Clearly having this freedom of movement and access meant he was indeed a person of some authority in the airport. This harassment continued even as I exited the airport and was on the pavement awaiting my driver. Departure: As noted in other reviews the luggage handlers putting baggage through the security scanners before you even get into the airport and to the check in counters demanded with menace, that I pay them for putting my luggage on the scanner conveyor belt. This was done with 2 handlers shielding each other from being seen or overheard in the presence of the armed security guards. Having advised I had no money only cards I was abruptly told both "Now!" and "ATM!" These jokers seriously thought a tourist would leave the queues to find an ATM to pay their extortion. Having passed through the metal detector and awaiting my luggage being screened one of the two handlers who'd asked me for money came around to take my luggage off the conveyor belt and menacingly gesticulated to me while stating he remembered me from the other side, starring intensely at me while doing so. This was further intimidation with the purpose to extort money from a tourist. This guy even pursed his lips towards the security guard, blowing a kiss, clearly as as an unconcerned gesture to the security guard that he and his actions could not be challenged and an insult to the guard. I took my bags and went to check-in for my flight out of Cairo.
3/10

"no need for such harassment"

✅ Trip Verified | I have visited Cairo a few times pre covid and it was terrible service then. The police/immigration officials are rude and keep asking stupid ethnicity questions about my father's/grandfather's and my background and even though I am a British national with a British Passport. They then seize my passport and conduct further checks as if I'm not a genuine passport holder. However this time in March 2022 they have become even worse and were very rude and abrupt with very little understanding of the English language. When I returned to fly out the Policeman at the door at Terminal 3 asked to see my passport and ticket which I showed him. He let all other Egyptian passport holders through without checking any other documents. He then pretended to read my e-ticket and said I needed to go terminal 2. I explained to him that my ticket said terminal 3 and terminal 2 was London Heathrow my arrival destination. He refused to listen and ignored me so I persevered and then after a while he let me through saying " Oh London, No Paris". I said it says London Heathrow clearly and walked passed him. I was stopped again when checking bags through and one guy even asked for a TIP! I don't know what for but I said NO. At the immigration desk same ethnicity questions and passport was seized and checked before finally being allowed through. In these modern times as there is no need for such harassment and rude behaviour.
6/10

✅ Trip Verified | Transited in this airport. I was really dreading it but not too bad. Went through security checks again despite being airside which is of concern if people can randomly enter the airport or were not properly screen in regional airports. Food selection options OK - much better than I thought and reasonably priced. A fair range of shops for the size of the airports. Limited seating downstairs near international departure gate and like sitting in a windtunnel but if you take the escalator upstairs to where the museum is the area is very nice. Comfortable seats and warmth. Chaotic boarding don't even think priority boarding/business class is applied. Complex airport security again especially for airside. I really do question the consistency of staff and their understanding of security procedures. Gave up on the wi fi situation. Very clean toilets.
1/10

"Don't ever try to transit Cairo"

✅ Trip Verified | The worst airport ever. They don't have a charger port, no internet connection unless you have us dollars on your hand .A 30 minutes of internet will cost you 2 dollars and an hour is 6. The staff are not friendly and accommodating. Don't ever try to transit Cairo.
2/10

"this airport made me very nervous for my safety"

✅ Trip Verified | Entering the airport with several friends was fine. Leaving on my own, as a solo female, was not. I had booked a room in the adjacent la Meridian hotel (which was awesome) and thought I would feel safe walking across the bridge to terminal 3. Once there, I had no idea where to go to find my airline. I was an easy mark, and ended up having to pay for a “taxi” person to walk me to the correct terminal. Where I then had my luggage grabbed, lifted on the screening conveyor belt, and then demanded money for the service. I used to travel a lot for work, so I am used to flying alone. But this airport made me very nervous for my safety. I don’t think any “staff” cared about me or my safety, but looked at me as a nuisance.
1 to 10 of 107 Reviews