Not Verified | The security check staff were unbelievably rude and disrespectful. Nil communication skills and as a result we felt most unwelcome. Not a good look for the gateway to the Barrier Reef.
4/10

"has to be one of the worst airports in Australia"

Not Verified | Cairns Domestic Airport has to be one of the worst airports in Australia. Make sure you bring comfortable shoes as you will be doing some walking. The terminal actually has gates connecting to the aircraft from door, however it does not direct you directly to the terminal, rather than a venture down ramps and semi outdoor corridors eventually into the terminal building. When you arrive with another airline you will need to pick up your bags in a different building, then walk the long way around to the departure building. Then even the runway layout is special, where the aircraft have to turn against the runway then turn 360 degrees, for about a few hundred meters, this means that at busy times you can ensure some stationary time waiting to take off.
1/10

"Her service was disgusting"

✅ Trip Verified | Arriving into Cairns International Airport after 3 months of travel, I have never been greeted so rudely by the immigration officer lady in my life, and I have travelled around the world a lot! It's sad that coming home to my home city that this horrible negative experience occurs. Welcome back. I wish I got her name to file a official complaint, but she was so rude. If you really hate your job go get a new one. Her service was disgusting.
8/10

"it was a positive experience"

✅ Trip Verified | On arrival, all was good, however taxis are an issue with a long line up waiting for one to arrive. Uber/ride share is a better option, you find the pick up past the taxi rank and looking for the sandwich board pointing across the road to the bus shelters. It does not pay to arrive too early for departure as check in is not permitted early. However all is relaxed there and security was friendly and efficient. As all the airlines (domestic) operate from the same terminal there are quite a few options for food/drink and snacks airside. At a price of course. On boarding, you need to walk a fair way to get to the air bridge it seemed which may be an issue for some. All in all it was a positive experience. 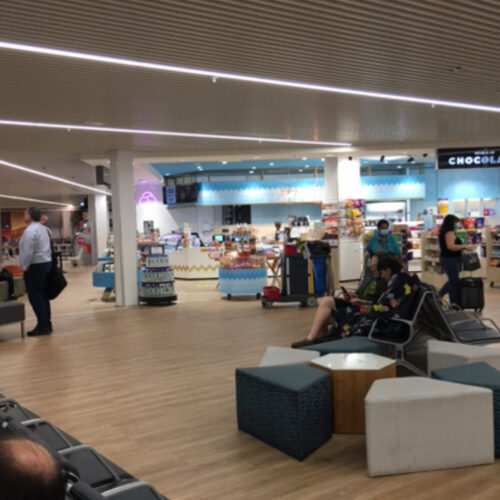 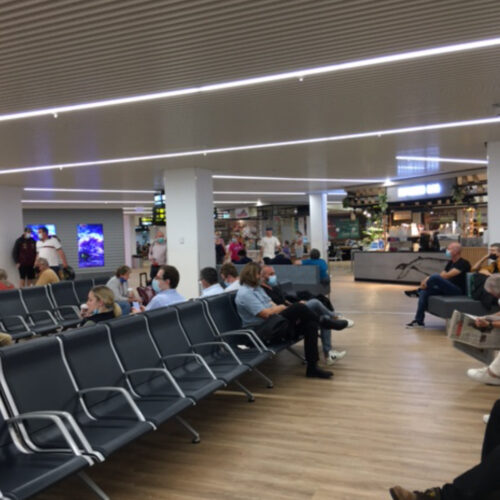 "it costs absolutely nothing to be kind"

Not Verified | After a fantastic holiday in port Douglas - I’m leaving to go home with such a bad feeling. The staff at this airport made me feel like a criminal all because I couldn’t remove a gold bangle from my arm. Before coming to the airport I couldn’t wait to come back here on holiday - well never again will I set my foot in this part of the world all because of the staff employed here. I find it more than disgusting especially during times like this - it costs absolutely nothing to be kind.
1/10

"not one smile in sight from any of the staff"

Not Verified | I arrived in Cairns at about 4.30am from Japan as I had a connecting flight home to Sydney. Overall a pretty bad experience and I was glad to be out of there. Imagine coming off an 8 hour flight, having been up for a total of about 20+ hours at this point, just excited to get home and not one smile in sight from any of the staff. As my partner and I were walking towards our baggage claim carousel, we were met by a gentleman checking declarations forms. "Do you have your card on you?" - his tone and body language made me feel like I was being approached by a policeman after I had done something wrong. After checking our cards, we walked probably another ten steps and were met with another gentleman and a lady asking to check our cards. I said that the previous gentleman had checked our cards already but the woman still proceeded to hold out her hand for our cards. I was so tired at this point that I just handed them over. Again, not a single smile, she just handed the cards back over and looked past me to check other people's cards. I'd like to point out, this was early in the morning and there were probably only 10-12 people in baggage claim at this point. My partner and I get through customs and head towards the food court to grab a bite and wait for our flight home. Not a lot of options at all for an international airport. Food was ridiculously expensive, even for an airport so we decided to go to Hungry Jacks which was reasonably priced. There were probably only 4 or 5 people in front of me in the line and it took them 45 minutes to get our food out. There was a manager there yelling at the staff for orders, which I understand in that environment. What I don't understand is - she was the one making the mistakes, giving people the wrong orders as I saw people repeatedly come back and say their order was wrong. Her yelling was visibly flustering the young staff and I felt sorry for them. In the end my meal ended up being wrong as well, including a burnt chicken patty. At that point, I was just so fed up and ended up eating only the chips. The toilets were pretty embarrassing, smelly and outdated. The signage is confusing and not adequate enough. This airport needs to accommodate the tourists, catch up with the rest of the world and have multilingual signs. This is a major tourist airport and you don't have signs in other languages where most of the tourists come from (Chinese/Japanese)? Yet we expect (and most often get) English signs around airports around the world? Train up your staff and invest in updating the.
3/10

Not Verified | This international airport is absolutely disgusting. I've been to many airports around the world but this one was the worst. Toilets are worse than in third world countries and the cafe in arrivals is very poor quality. The girls can't make a nice coffee and there is a very limited choice. Not surprised that airlines don't want to fly here.
2/10

❎ Not Verified | Worst staff! Awful treatment on the check-in. As if flying isn't stressful enough. These people are unfriendly, pushy, simply awful experience. I am glad I never have to fly to Cairns again!!
3/10

✅ Trip Verified | Being frequent-flyer is easy to pick things what’s right and wrong in the airports. Cairns airport was with very limited choices for food before Hudson cafe came in. We thought it will improve choices and services but it made it more worse. Even if you to check in before time you cannot do your duty free shopping and get a cup of coffee and relex because of slow service at Hudson all long queues bad service bad food menu. Since they’re open till today I never able to get a quick coffee without waiting period for 20 minutes. International airport with one cafe where flights always delayed.
5/10

Not Verified | Really underwhelming Airport. The Domestic Terminal feels more like a mall than an Airport. Though dimly lit, there are a few food and shopping options to help pass the time. Signage is quite poor. The airport smells damp (like most tropical airports), which could be fixed with better ventilation. International departures is a sad, sad terminal. Between 12 and 5pm, is is a barren wasteland with only staff around. If you're more than three hours early for your flight, the only food options are a small internet cafe. It is over-priced and doesn't even have ice cream, however, their coffee is nice. Toilets are gross and smell. Could do with some TLC. More signage is also needed throughout the airport. Free WIFI is offered - It is somewhat slow but does the job - use mobile data, if you can. It cost $3 to use a luggage trolley, $30 to report lost property, and about $10 for a return bus fair into Cairns. Not a huge fee, but quiet considerable when compared to the free connectors that Melbourne and Adelaide offer. Duty Free shopping is always a treat, the staff there are lovely.
1 to 10 of 47 Reviews