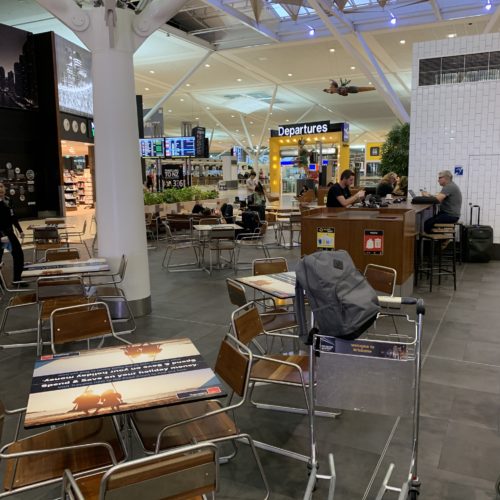 Not Verified | The best airport! The only thing they could improve on is the connection between terminals however other than that it is amazing. I highly recommend going to this airport and am surprised there has not been more talk around it. Overall I would rate it the best airport in the world and I have been to a lot!
8/10

✅ Trip Verified | I really liked this airport. Arriving was easy, as was baggage collection. Leaving I had time to look around, heaps of space inside the light bright terminal with plenty of dining options. The security staff were great, laughing and friendly to me. The gate we were leaving from was a little crowded, but I found the airport itself one of the best in Australia.
1/10

Not Verified | Customs staffing arrangements are shocking. Spent over an hour queueing at family passport control with only two officers processing 100s of families during pick hour period. This was preceded by spending an hour in a queue after 28 hour trip waiting to hand over a declaration back back in January. All with a tired screaming 1 year old.
1/10

Not Verified | Longest waiting time ever, 90 min at the passport control. It happened to me 3 times (90min/70min/70min) I have been to New York, Beijing other busiest airports! It cant just be that this small airport does it to us! If you go to Australia, try Sydney or Melbourne, they don't want you in Queensland!
11 to 20 of 152 Reviews