Dirty toilets and stinking. Floors not mopped or cleaned in seating area. Sofas dirty not at all clean. Seems like a zoo with birds, cats and dogs roaming freely. Dustbins are full and at nights there are no house keeping staff available. I think the operator must have appointed a housekeeping contractor and is paid but still the work is not done. 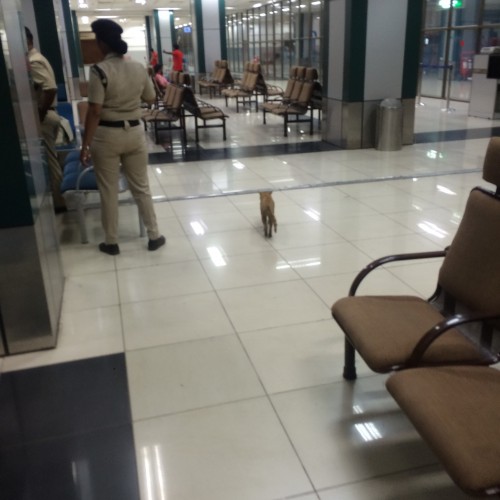 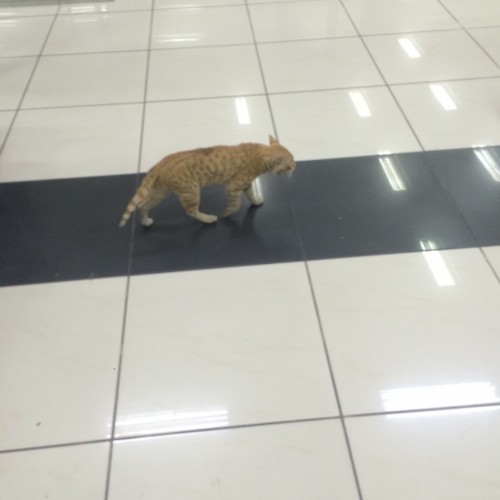 "the lines are very long"

Flew Air India from AMD to CCU via DEL. Before you get to the check-in counter, you have to get all your bags screened, and the lines are very long. We were also approached by a stranger who insisted on helping us push our luggage cart. Despite the fact that I told him that we didn't need help, he still kept pushing our cart. Baggage fees have to be paid on a different counter from check-in counter (not convenient). Despite the fact that I was flying a domestic route (Ahmedabad to Kolkata via Delhi), I was asked to fill a customs declaration form, which was then collected later on by an officer. This process didn't make any sense to me, but I followed directions. The line for security screening was also very long. I was able to enjoy a few sandwiches at a restaurant once security screening was done. In the boarding area, there were no empty seats, so we had to sit on a floor that was not carpeted.
8/10

"staff are friendly and sociable"

A relatively small international airport. Staff are friendly and sociable though the security personnel can be rude sometimes. Signs available everywhere and it is small so not difficult or tiring to navigate. Just don't get a long layover here as there is not much to do. My 3 visits have been so short that I haven't even used the restrooms! The general cleanliness is decent. Lines are short and fast moving. I've always seen all the immigration counters manned which is a big relief. Adequate seating for those 20-30 minutes before your flight. Overall not bad at all. Everything is quick and efficient.
na

"don't seem to be finished"

The new international airport claims to be based on Singapore Changi airport but it is far from so. The jetways do not seem to work and so passengers have to be taken by bus from the plane to the terminal. There were no wheelchairs on arrival. The staff said they were all in the departure section and people in arrival would have to wait until the wheelchairs became free. The toilets in departure don't seem to be finished - broken tiles no toilet roll hanger etc.
7/10

A small airport compared to Mumbai. Very recent and clean. For non Indian travellers be aware that without a print of your E-ticket you will not be allowed inside the airport! Once you are in everything runs smoothly queues are limited passport and luggage control is OK and you walk easily to your plane. Did not test food or drinks it's not the kind of airport where you need to be there hours in advance. All in all not a bad experience.
10/10

Its clean and the queues were practically non-existent when I went through (they seemed to be manning more counters than there were customers both at check-in and immigration. Yes I agree with some people that the staff have not been trained as well as at other airports and many don't seem to know anything or just want to pass you on to someone else but in general everything at this new terminal is self-explanatory. I found the signage to be clear and sufficient.
21 to 26 of 26 Reviews