Not Verified | This is one of the most unfriendly airports I've ever experienced. Poor service and extremely rude security staff. Going through security, they flagged my bag and removed some spices and tossed them in the bin without explanation and turned around and wouldn't acknowledge my question or even look at me. If the spices weren't allowed it's fine, but there was no sign posted and no explanation from the staff. Very pushy, and a terrible way to end an enjoyable trip around this lovely country.
2/10

"Every time it has been a nightmare"

✅ Trip Verified | At least 3 to 4 times a year I pass-through this airport. Every time it has been a nightmare. On 18 August in the evening it was a real nightmare: 1) Overcrowded airport with very few checking in gates. 2) Incompetent ushers/staff - with very little courtesy. I don't even think they know what being courteous is. 3) The few toilets that exist in the pre-departure lounge are extremely filthy. 4) I bought a plate of food, it never came on time - took almost an hour to come, just as my flight was being called, the lady turned up (did she expect me to gulp down the food, I wonder). 5) In one corner there is a filthy smelling smoking room that fills up the duty free area with stale smoke smell. This is a no no airport.
4/10

✅ Trip Verified | Addis Ababa Airport is one of the worst airports I have been to. There are no seats for everyone to wait. The lines for X-Ray are not organized, so people heap and the security does nothing to organize. The lines for Visa are huge, also the immigration. The food availability is poor, about 3 options inside the airport. The toilets are not enough so they rent some chemical ones for people use. Ethiopian has big airplanes and most of them does not use the finger, so we have to board using buses. Very poor exeperience.
2/10

✅ Trip Verified | Atrocious, disorganized with the worst customer service experience. Our Addis Ababa last impression is unfortunate due to a few frustrations stemming from our airport experience. 1) An airport police/military masochistically beckoned me when I was searching for an outlet to charge my electronics and patronizingly asked me whether I knew where I was going and whether I knew how to speak English. 2) On both times that I purchased samosas, the cashier short-changed me. Both times I had to remind them to provide me with proper change even though they very well knew the price as it was clearly stated on the receipt. When confronted and provided feedback they proceeded to speak in Amharic and make fun of me, little did they know that I understood the language. Unsettling experience and absolutely disappointing. The blatant and consistent short changing did not make them apologetic at all, in fact more defensive 3) Another restaurant personnel questioned me about an item I had purchased somewhere else. Quite insulting to be questioned even though she saw me come in already holding the item prior to asking her a question.
3/10

"succumbing to this extortion"

✅ Trip Verified | We checked in 6 luggages, which we pre-weighed. We knew we could check in 5 kg extra on the account that my brother-in-law gave me a Sheba miles coupon. The clerk, a young man, insisted that I had 7 kg additional extra weight and need to give him $120 US. I told him that we had weighed all luggage and couldn’t have 7 kg extra, and I don’t have $US but Swiss Francs. He said, you either have to reduce by 7 kgs or pay 150 Swiss Francs. With my stressful situation, I succumbed to this scammer and said okay. He instructed me to give the cash to another clerk, who was standing nearby. He told him to accompany me, and the second clerk took me just away from the checking post and extended his hand. I handed over the money and the 1st clerk let my luggage pass. I feel terrible for succumbing to this extortion under stressful situation. I will try to do better next time. Nonetheless, I want to tell my experience even if it helps one more passenger avoid taken advantage of. In addition, I want to alert Ethiopian Airlines and Bole airport authorities about this type of extortion, which benefits few but leaves the reputation of the Airline, Bole airport and Ethiopia in tatters. I wish I was prepared or sage enough to take recording of this event or at least a picture of the clerk who swindled me.
1/10

"a disgrace to Ethiopia"

✅ Trip Verified | This airport is just a disgrace to Ethiopia and its national carrier, Ethiopian Airlines. No decent shops, rather stalls which sell dirty items for crazy prices, and only one restaurant with absolutely indecent prices (nothing under 15 dollars), poor service, no possibility to pay by credit card and non-English speaking staff. The toilets are dirty and smelly. Ethiopian Airlines boasts about the newly opened expansion, but the design is the same as the old one, with no shops and chairs randomly scattered around the boarding area where each boarding process resembles a cattle ride. It is a real pity to have such a catastrophic infrastructure and I was hoping the expansion would help solve things, but it seems it's only emphasising them. Avoid at all costs - this is no Istanbul, Dubai or Doha.
1/10

Not Verified | The most dodgy airport I’ve ever seen. Didn’t think it was possible for an airport to be so bad. It has so many destinations you’d think it would be at least mediocre. Random cables some power are coming out from everywhere and no one seems to care to keep them even tidy or cover. The buffet in the satellite cafe was extremely disorganised; cable’s running through the middle which power appliances, high tables with no chairs blocking the way, the buffet bar area having only one exit and entrance in a very tight space - it’s hilarious. And the food ! Old, cold, dry and stale. Nothing is clean, everything greasy, sticky or breaking. Seriously Ethiopia! Fix this. It’s a disgrace. The actual planes aren’t bad at all, but this airport is just scary. 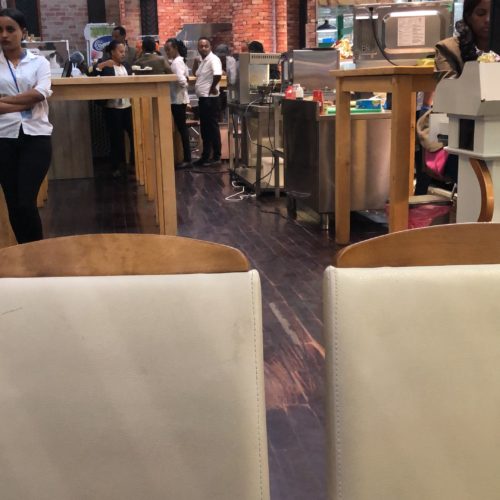 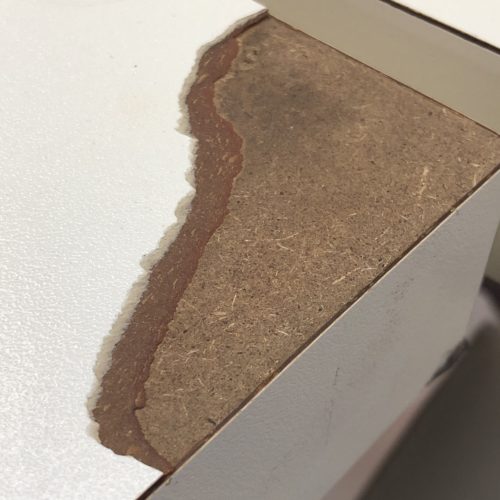 "that was so rude"

✅ Trip Verified | On March 26 returning to the USA, we stopped in Addis Ababa Airport from Abidjan, Ivory Coast. I just exited the plane to go to the washroom, a woman from housekeeping stared as I was an Alien. I waited for me to exit the washroom, as I went to the faucet to freshen up. I felt someone watching me and it was her. She asked if I'm finished? I replied no. The watched me put on makeup and comb my hair. I hurried up and left as I gave her an evil look. She watched me walk down the hall. I felt now that was so rude and on caused for.
1/10

"airport is to be avoided"

✅ Trip Verified | The terminal at Addis Ababa is dingy and on this evening was particularly busy. As a result of a long layover, I was advised that I would be given transit hotel accommodations and this was confirmed by Ethiopian in writing before leaving my home. But on arrival at the transit desk, there was mass confusion and a crowd of more than 60 people. Tempers began to rise and there was shouting as the transit procedures were painfully slow and there was confusion between economy class lines and business class lines. It took about an hour to secure the pass and when I asked for the small piece of paper needed to obtain a transit visa, I was told it was not needed. That proved to be wrong and when I got down stairs at immigration, more confusion and long lines ensued. I finally had to demand a transit paper from an Ethiopian Airlines staff and then got my transit visa stamp. Following this signs indicated that my baggage would be on carousel 3 - that was wrong. And after that I had to go through another bureaucratic mess to get a stamp on my transit accommodation document allowing me to get transit. And then I was told to walk, bag and baggage, to the parking lot and find the transport to the hotel. This, again, proved to be a disaster as there was no order and no cue and worst of all, no control. When the small van arrived to collect passengers for the hotel, about 15 people rushed it - it could only carry 5-6, and thus more tempers flared as people threw luggage into the back of the van and attempted to squeeze into the seats - the van driver did nothing to help. I cannot complain about the staff at the airport, they were trying their best and trying to smile in very difficult circumstances. The problem is in the system, rather the lack of any system, and too much bureaucracy. Also, the signage is poor and a lot of staff have no idea what they are supposed to be doing. This airport is to be avoided and that is too bad because Ethiopian Airlines offers a reasonably good in flight product.
1/10

✅ Trip Verified | This is without doubt the worst airport I have used. It is chaotic, dirty and crowded. The staff are belligerent and unhelpful. Both business class lounges were full, the WiFi was pitiful and the toilets horrific. The staff were rude and unhelpful. This is the worst I have been treated as a Gold Star Alliance member by a participating airline. I will never use this airport again. A pity as the Ethiopian Airlines aircraft and crew are good.
11 to 20 of 148 Reviews