"has been, by far, the worst airline"

✅ Trip Verified | This has been, by far, the worst airline that I have ever had the misfortune to encounter. I showed up at Xiamen Airport (Xiamen Airlines flagship hub) 5 hours in advance of my flight for two reasons. First, I knew that my bags would be overweight (I was moving back home to the states), and I wanted to see by how much. I had some items I could discard to make the baggage lighter, but I wanted to see how much over I was. Second, since COVID still had regulations, I wanted to be sure that I had enough time to get through the process on time. Xiamen Airlines, unfortunately, did not make any of this process possible. When I arrived at the airport, I was informed that I would not be able to set foot into the international wing until two hours before the flight took off. This forced me to wait until they opened the wing. Once the wing was open, the sold-out flight loaded up the kiosks. The line was moving unbelievably slow, but I knew that the attendants were able to see me waiting and that I probably will need extra help. This entire process of getting through the line nearly took an hour and a half. Once I got to the front of the line, the first thing that they informed me of was that there were only middle seats left. I said to them that they saw me waiting in line, and I am considerably taller than most of the people on the flight. Rather than give any explanation, the only thing they said was, “we know”. Checking my watch, I knew that there was no time to belabor the point any longer. I had three bags, and I knew that they would have weight problems. In addition, I would need to pay extra for the third bag. I was ready to pay for the extra bag, but what happened next was madness. I sent them countless emails explain my grievances with the airline, and it took them literal days(and one time a week) to respond to me. The fact that this could not be resolved in a matter of minutes was frustrating enough, but then for them to not care about my original complaint and say that it was my fault is what drove me to write this complaint today. It took them 3.5 weeks to even come to a resolution.
1/10

✅ Trip Verified | Chinese Embassy in the Netherlands announced that no transfer passengers would be allowed to enter the Netherlands for the connecting flight to China from 18th November. XiaMen Airline is aware of this new policy. However, they continue advertising and selling the connecting flight tickets through the Netherlands! I bought the ticket from London to China via an overnight transfer in Amsterdam. However, when I started to go through the details soon after I bought the ticket, I was shocked to find out that this is an impossible flight route due to the reason above. I contacted XiaMen Airline immediately. I received a reply call informing me that my request for refunding my flight ticket is rejected. The reason given was that XiaMen Airline made a policy, they only refund the flight tickets which were bought before 31st October 2020, and the flight will take off after 31st October 2020. My flight ticket was bought yesterday, 9th December 2020. Therefore, I fell out of the category of refunding. I pointed out that if they knew this is the policy, why they were still selling the tickets from London to China, which needs to transfer at Amsterdam. I was told that it was because some passengers will take the flights from Amsterdam. This was not answering my question. However, the customer service only gave me standard answers in a circle. I would advise all, try all means to avoid buying flight tickets from Xiamen Air.
8/10

✅ Trip Verified | It was overall a pleasant flight. The flight attendant is very familiar with the policies and helpful with the required custom forms under the pandemic. There is no hot food due to the pandemic, but it is totally understandable. I would recommend everyone get food from the airport or city before the get on board. Everyone is nice to the passengers in general, but the cabin manager is mean to her peer. I don't agree with that way of management. At least they should avoid making passengers feel that way.
1/10

"I am extremely disappointed"

Not Verified | Los Angeles to Ho Chi Minh via Xiamen. I am extremely disappointed in the customer service I received from this airline. I paid $748.00 to change the flight for me and my partner, because I was given the wrong date to return on. $400 of that fee was just for them to make the change. Shortly after making this payment they involuntarily changed the flight I had just paid to change. I was able to call and cancel my flights but they refused to give me the $400 back for the cost the to make the change, which they immediately changed which take away the point of paying $400 of a specific flight home that matches our schedule.
1/10

"looked fatter than my passport photo"

✅ Trip Verified | Never fly with Xiamen airline again! Irresponsible staff and an airline who’s only interested in snatching money from customers. On November 2019 I was booked for the flight traveling from Seoul to Vancouver but at the check-in counter they denied my boarding because I looked fatter than my passport photo. What the hell! Another airline flew me back home and gave me no troubles, I passed border security checks absolutely no problems. Only ridiculous Xiamen airline caused me so much trouble. When I asked them to return my flight ticket money, they agreed, but it’s been 2 months now I still don’t see my money returned to my bank account. They never pick up their phones, when I try contacting by email they just give me excuses like oh we are still processing your return. Really? How many months do you need to process a return Xiamen airline?
9/10

✅ Trip Verified | Bangkok to Los Angeles via Xiamen return. Everything was great, check-in at Suvarnabhumi Airport was smooth and the flight from Bangkok to Xiamen was on-time and they served a tasty meal. We noticed how friendly the cabin crew were r. Only downside about the 737 from Bangkok is that there's no personal tv screen. At Xiamen Airport for our 18-hour layover, immigration process was smooth, we were eligible for a free transit visa. We received a free accommodation voucher by Xiamen Air. The hotel we were given was the airline's own Xiamen Air Hotel in the heart of Xiamen. The room had two double beds and included a Chinese buffet breakfast too. Xiamen to Los Angeles on Boeing 787-9 was better. Great on-board entertainment, with plenty of Hollywood movies to choose from. We were served 3 meals and a snack on the 12-hour journey to LAX. I applied for their free wifi in advance (only 50 spots per flight), which worked well. You only get 3-hours but it was free. One thing that surprised me was the English proficiency of their crew. An added bonus was the opportunity to visit the lovely Chinese coastal city of Xiamen. The price we paid for our return journey from BKK to LAX was almost half the price of a return ticket from BKK to SYD at the time of our departure. Outstanding value for money. 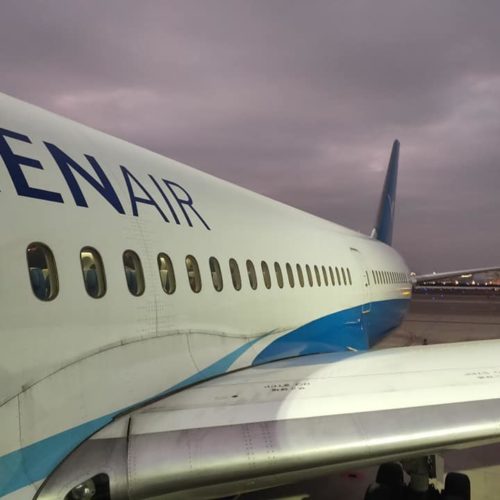 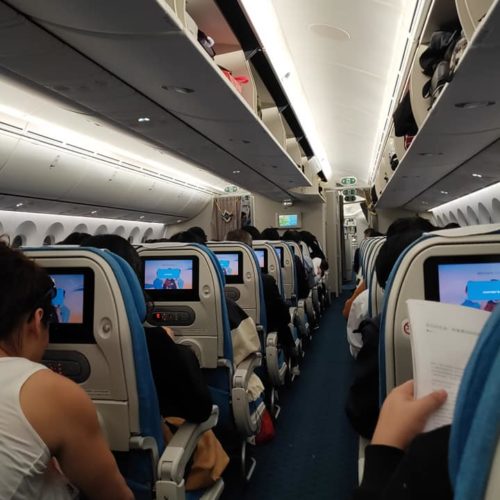 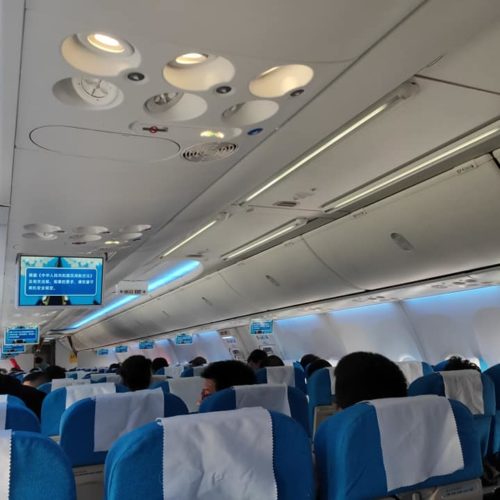 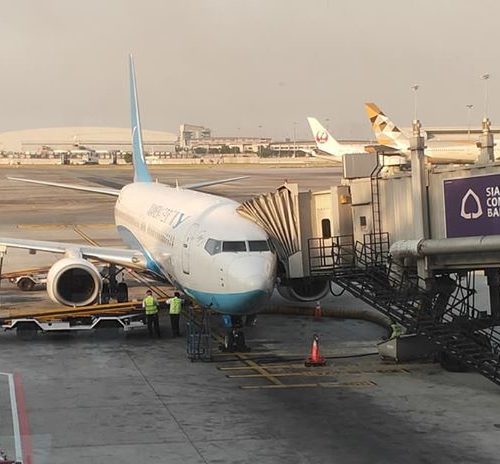 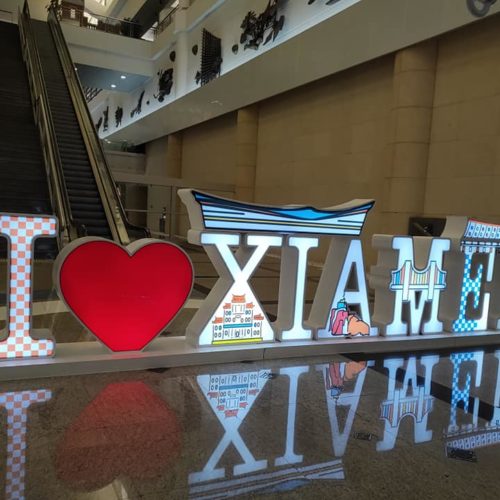 ✅ Trip Verified | Dalian to Bangkok via Fuzhou. A very strange flight, both International and domestic passengers to Fuzhou, you then vacate the plane rush through immigration and then get back on the same plane with new customers from Fuzhou going to Bangkok. The return is the same, apart from at Dalian you are bused to the terminal in two separate buses, one for people from Bangkok the other for new passengers from Fuzhou. Bags come out in different sections of Dalian airport. It very confusing and only one hour on ground in Fuzhou, makes it a rush job. Seating average, food average, actually everything average.
1/10

"No humanity at all"

✅ Trip Verified | Vancouver to Manila via Xiamen. Your policy for re-booking is crazy. You are a money grabber. I will never book to your airline anymore. I will see to it that my relatives and friends here and around the world do not book a flight with your airlines because you're so greedy. No humanity at all!
4/10

"This flight is the worst"

✅ Trip Verified | Fuzhou to Jakarta. This flight is the worst I have ever had. The plane have to divert to Palembang and there is no update on the Jakarta flight. All passengers have to wait with no certainty for several hours on the plane. This is the last trip with this airline
9/10

"The seats are comfortable"

✅ Trip Verified | Xiamen to Amsterdam. The flight attendants are kind, willing to assist with cabin luggage. The English they speak is okay. The seats are comfortable and stuff like long socks, blankets, earphones and pillows are offered. Most of the time, I fly solo with Xiamen Airlines, but this June when I flew with my partner (German nationality), they offered great help both by email and at the airport for my partner's 144 hours transit visa free, The food and beverages onboard is good; for breakfast and dinner they have at least two options between Chinese and Western food. The dishes taste good and the portion is big. During late night, they offer sandwiches and hand out some warm towels or tea. Before landing, breakfast is offered. The content of movies is a bit limiting for Hollywood movies, but there's a big collection of Chinese/Japanese and Korean series and films.
1 to 10 of 117 Reviews