"disgusted at how Wizz Air are operating"

Not Verified | I am absolutely disgusted at how Wizz Air are operating and treating customers. Wizz Air have changed our flight 3 times and this final time we cannot make the flight time due to other commitments - but Wizz Air won’t allow us to book another flight without an extortionate fee and if we try to cancel the flight to get a refund they are charging us more than the flights actually cost. How is this reasonable or acceptable. Wizz Air charge your existing customer 1.50 a minute and the wait time is over 15 mins. The live chat bot is pointless and of no help. Wizz Air should be thoroughly ashamed of yourselves and your clear disregard for your customers. I will be raising a complaint and shouting about this from the rooftops.
1/10

"The cabin crew did not nothing to police mask wearing"

Not Verified | Believe the bad reviews. Boarding for the flight took place in a small room. Despite being in the middle of a global pandemic, few passengers and none of the gate staff wore masks. Passengers were advised they would have to put on masks on the plane. Then, at the point at which we should have boarded, the gate agent came back into the room and informed passengers (maskless of course and expelling aerosols over everyone) that the ground crew would not be able to load the plane and that any passengers with checked bags would not get them in Milan. These passengers could decide not to travel or follow up the missing bags later. We then boarded to be held on the ground for 2 hours while they attempted to resolve what transpired to me a wildcat strike by ground staff. The announcements from the cockpit were few and far between and refused to take any responsibility for the situation or suggest any attempts to mitigate it. The cabin crew did not nothing to police mask wearing among the passengers, with people sneezing and coughing all over the cabin while not wearing masks. Indeed, the crew were rather casual in mask wearing themselves, with the purser frequently pulling hers down. We eventually left and arrived two hours late. Upon arrival into Milan, we were all piled into a crowded bus, again with no checking of mask wearing. Admittedly, the crew did offer free water and a small snack to apologize for the delay. But the whole situation was handled really badly. Given the clear lack of respect for our safety I will definitely avoid this airline in future.
1/10

"avoiding this scam company from now on"

Not Verified | Had a flight that was cancelled for no apparent reason, and no justification was given. I was refunded, but only partial, when it should have been a full refund. Tried to contact them but all agents are always busy, and over the phone is super expensive, so I am not going to give them a call. Totally avoiding this scam company from now on.
1/10

✅ Trip Verified | As it was for a couple of days I took just hand luggage, no problem leaving Luton but coming back from Venice the booking area insisted it was too large for hand luggage and should go into the hold. Not a nice person so insisted a fee of 32 euros was paid. I have never flown budget airlines and I will never use a company like this again. I never booked this trip so could not believe how bad they are. A Hungarian company, making money by illegal ways.
9/10

"crew were friendly and attentive"

Not Verified | Paid £17.99 for a flight to Greece. Saw all of the horrible reviews and expected the worst, but I was pleasantly surprised. The flight departed on time, cabin was clean, crew were friendly and attentive. Seats weren’t the most comfortable, and I think anything more than 3 hours might be quite painful. Crew not pushy with inflight sales like on Ryanair which was nice to see. Would fly again, maybe I got lucky, but nothing wrong with my experience with Wizz.
1/10

"This company is a disgrace"

Not Verified | I booked a holiday to the Ukraine as part of a package through a tour operator, this included flights with Wizz Air. Four days before we were due to fly out, the tour operator cancelled the holiday due to the current situation and the country not being safe. At the time we were due to fly the UK Government had advised against non-essential travel to the Ukraine and that all UK nationals, including members of the Embassy were advised to return to the UK. I spoke to Wizz Air regarding a refund for my seats and baggage which I paid for directly with them (as I had already checked into my flight), but they ignorantly replied saying it was my choice not to board the flight, so tough, no refund. This is a loss of over £100 to myself due to their total lack of understand of the current situation. There was no remorse for the people suffering in the Ukraine right now, no lack of understanding as to why the tour operator cancelled my holiday, just a straight "no", you cannot have my money back. It is absolutely outrageous that Wizz Air has taken the stance not to provide me with this refund. And clearly shows their utter lack of concern for the current situation which is happening in the Ukraine. This company is a disgrace.
8/10

"not very strict with the covid mask wearing"

✅ Trip Verified | Very good for low cost airline, the aircraft was spotless and seat pitch was adequate. Seats do not recline and there are no screens to see the flight path. Everything has to be paid for food and beverage. Relaxed for the bags that you are carrying. Staff was friendly but they were not very strict with the covid mask wearing. Flights were on time. 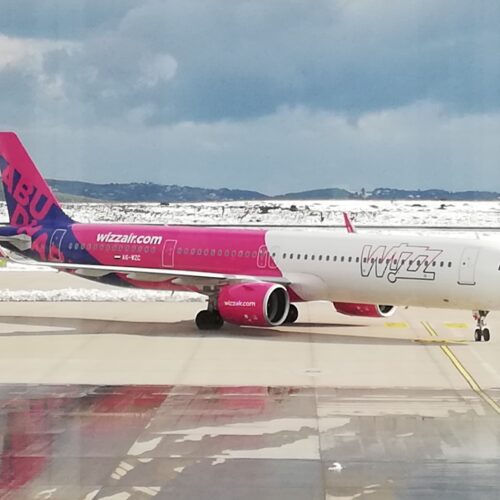 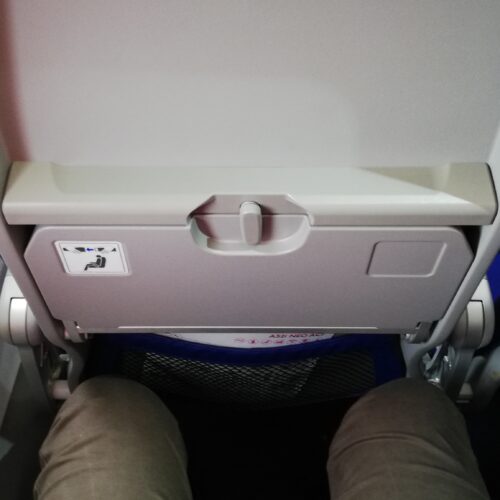 "they charged me two additional charges"

✅ Trip Verified | I booked the flight via a 3rd party website and then attempted to log in. I tried on the 3rd party website, Wizz air website and Wizz air app. It would not let me, and requested I go to the desk upon arrival. When I arrived they stated that 3rd parties are responsible for sharing check in details, and if I book anywhere other than the Wizz air website that I will always have to check in at the airport on the day. This meant they charged me two additional charges equating to 72 GBP for the service of checking me in and printing my ticket which equated to the cost of the flight! This happened to multiple people before and after me. I have since raised this with the 3rd party and correct authorities and it is indeed malpractice used to cut out comparison sites and extract money from consumers by concealing costs and entrapping them into paying it or missing the flight (pressure tactics).
5/10

"No safety guidance at all"

Not Verified | Just boarded Wizz Air (first ever flight with them) for a flight to Tenerife and what a shambles! It was like playing musical chairs. The crew let everybody and anybody move seats to wherever they wanted. No safety guidance at all. Correct me if I'm wrong but I always thought that you needed to be in your allocated seat for take off and landing. At least 30 people swapped seats/places, delayed the flight slightly whilst they decided where they wanted to sit. Bloody ridiculous. Crew seem nice but have absolutely no control
8/10

✅ Trip Verified | Totally acceptable for the price paid. No problems with booking, buying services and checking in online. At the airport check in needed more punctual start (delayed by 30 min). Boarding process was organised ok. Onboard no dislikes. Seat pitch and legroom better than before. Plane in perfect condition. Toilets tidy. Disembarkation well ordered. No problem with overhead bags placement. Bought a bottle of water onboard. Paid with card, no problem. Overall good value for money. Recommended.
21 to 30 of 1071 Reviews