"Winair is a terrible airline"

Not Verified | We flew on Winair from St. Maarten to St. Eustatius a few weeks ago. It was supposed to be a 5 day vacation on a beautiful island. Two days into our vacation, we were notified that our return flight had been cancelled. In fact all of the flights the day of our return were cancelled. We were then told we had been rebooked on a flight 2 days earlier than planned. Winair stole 2 days from our vacation which we had been planning on for over a year. We then had to pay additional expenses of $850 to stay in St. Maarteen. When I spoke to their customer service and told them how much it cost us and how they stole 2 days from our vacation, they did nothing. No refund, no vouchers for future flights, nothing. Winair is a terrible airline that is managed poorly and does not care about their customers.
7/10

"found them to be very reliable"

✅ Trip Verified | I had 4 flights with this airline and found them to be very reliable, st Maarten to Statia and St Maarten to Saba and back, planes are very small but perfect for these 15 minutes hop. ground crew were friendly and even tagged my bags to Antigua on a codeshare with LIAT, I was surprised, they all arrived without major problems, they are quick and professional, sometimes slow sometimes not. The prices are very high though. The only worriesome moment I had with them was when one of the pilots shouted agressivily at the other just before engine started. 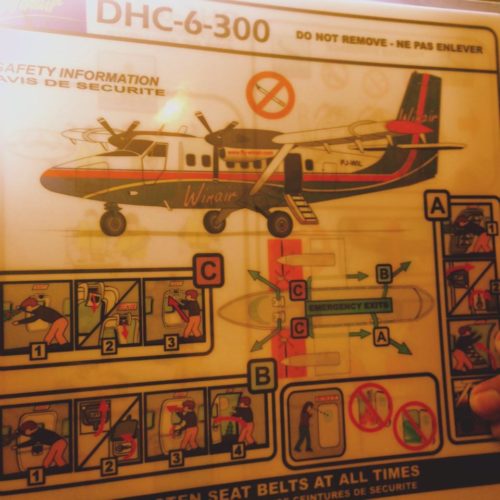 "Winair is the worst company"

✅ Trip Verified | Winair, the company of shame! I travel around the world often and Winair is the worst company I have ever taken. I made two trips from France to St. Barth, with three flights in all (Pau / Paris, Paris / Saint-Martin and Saint-Martin / Saint-Barth). These flights cost 1500 euros. On two occasions, I could not take the flight between St. Martin and St. Barth when I arrived on time from Paris. The reason? The poor organization and incompetence of the Winair staff. The first time, I had a ticket "Standby". We were many passengers waiting in the heat in a large hall. The hour of our flight had arrived and we had no information. After a while, they called passengers for St. Barts and people rushed and pushed for a place. Many people could not fly, and we were told that there would be no more flights to St. Barts. We then wanted to get out of the airport to go to the boat, but we were stuck in the airport. Finally, we were able to leave an hour later, and the taxi had to drive very fast to arrive on time to take the boat. I had to pay 20 euros for a taxi and 90 euros for a boat. The sea was very bad and I was very sick on the boat because of the sea and fatigue. I was up since 3am (French time) and I was traveling since 20H. When I arrived in St. Barth I had to wait another hour at the customs, and I did not have my car to go home because I left it at the airport. The second time, I encountered exactly the same problem. But besides, I had a problem with my luggage. The lady of Winair (the only one who speaks French) said that the luggage had gone to St. Barts, and that we could go take the boat. I asked if she was sure of herself, and she said yes. I had a bad feeling and looked for my suitcase in the mess of the airport. Finally, after 30 minutes, I found my suitcase in the airport, all wet. I opened it and inside everything was wet: computer equipment, clothes. If I had listened to the lady of Winair, my luggage would have remained abandoned in this state at the airport. A shame ! In the end, in addition to my two trips that cost me 3000 euros in total, I had to pay 250 euros more for the taxi and the boat. In the end, in addition to my two trips that cost me 3000 euros in total, I had to pay 250 euros more for the taxi and the boat. They give no information to the passengers. When asked a question, they do not answer. They are unpleasant and give the impression that they are annoyed, while as a customer I have always been polite to them. They do not respond to emails to the email address of their site. - If you finally get the personal customer service mails, they give the impression that you bother and respond aggressively. They say the tickets have not been bought on their site so they will not refund you. They make no commercial gesture for you. They do not take their problems. **PASSENGER NAME BLANKED OFF AND CANNOT VERIFY THIS
1/10

"One of my worse trips ever"

✅ Trip Verified | San Juan to St Maarten. One of my worse trips ever on 1/6/18 but the worse was the bad promises and bad service. When I booked the flight it was supposed to be San Juan-St Maarten to St. Kitts. Later Winair changed it to San Juan-St Maarten- Nevis -St. Kitts. In SJ airport they charged $47 for an extra bag, and then again $65 for the same extra bag at St Marteen. One bag was received two days after the trip, and the 2nd bag, 3 days after the trip. None of the bags were delivered to my hotel I had to pay 3 round trip taxi trips to the airport. One on 1/7 because they would never answer the phone, just to find out when my luggage will arrive, which they did not know. Then on 1/8 to pick up the first bag, which was all wet, inside and out. Then on 1/9 to pick up the second bag. The second bag had perishables which I lost. They new there were perishables there since 1/6 and when I filled for the delayed bag on 1/6 but did not make a little effort to move that bag from St. Maarten to St. Kitts until after 3 days. Filled a complaint to Winair and they did not pickup any of the charges they only offered to pick up 2 cabs roundtrip if I had the receipt, which I had not. However they do know I did pick up the bags and what the rate is. They would not reimburse any of the double bag charges. Had to move the bags from one plain to another in St. Maartin and there was no help. This was horrible service. 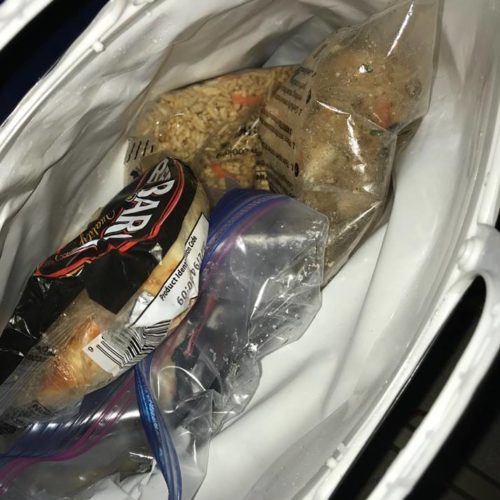