"They only offer vouchers with them"

✅ Trip Verified | Disappointing service for a cause totally out of our hands. We booked flights for our family for a trip to Canada 6 months prior to Covdi-19 appearing. Our flights have since been cancelled by the airlines. Delta refunded our money immediately. WestJet refuses to do this. They only offer vouchers with them for future flights. We live in Georgia so this is of little value. Terrible customer service for something beyond our control. If they handle this situation in this manner, beware of flying them. This shows their level of customer care.
1/10

"can't get a refund"

✅ Trip Verified | Montreal to Puerto Plate via Toronto. The airline cancelled my trip the very next day I booked it to postpone it from May till June. Now, they postponed it till July. The worst part is that you can't get a refund so we can look into other airlines. Totally unacceptable.
10/10

"staff did such a good job"

✅ Trip Verified | I cannot recommend WestJet enough during these current times. The staff did such a good job of making everyone feel safe but also at ease. Things could not have gone smoother and I just want to thank the staff for being so upbeat at a time when some people are very stressed out.
2/10

✅ Trip Verified | On 25 Feb 20 flight WS2580 from Toronto to Cancun was delayed in excess of 9 hours. I understand that occasionally stuff happens and things are delayed however, no mitigating measures were taken. Westjets dispute resolution people absolved the airline of any monetary restitution due to the delay. I find this to be very poor.
1/10

Not Verified | Me and my family booked tickets Edmonton to Los Cabos for our vacation, 3400$ for 4 persons. That was in Jan 2020. Our flight was on March 26 got cancelled due to covid 19. Westjet didn’t accept to refund the money.
1/10

"never flying with them again"

✅ Trip Verified | The WestJet cancellation policy in light of a global pandemic is completely unacceptable and disgusting. After trying to cancel my flight online, I found that the only thing offered was a flight voucher so I disputed the charge with my credit card company. They had the nerve to counter dispute and the money is now back on my card. I called them and explained I have underlying health issues that could kill me if I were to get the virus and they were unconcerned. I'm never flying with them again.
1/10

"my flight has been cancelled"

Not Verified | I had purchased flights from Calgary to Toronto for June 2nd before covid came into this world. I got my tickets for my partner and I at a good price at $617.00 for round trip. Now after getting an email stating my flight has been cancelled or changed and my amount went into a travel bank. That’s fine and dandy but I will have to pay close to $700 more on top of what I already had paid to move my plan date. I don’t think that’s right at all and probably have a lot of other people to agree with me. We should be able to fly on a different time without paying addition fee because of the time of the year. If my flight got cancelled due to the covid and able to fly out in September rather in June I don’t think that I have more.
8/10

"these phones did not work"

✅ Trip Verified | Vancouver to Edmonton. Since the outbreak hit, I have been in South East Asia. Five days ago became the victim of theft where my phone, money, bank and credit cards were stolen. With the help of friends via Facebook Messenger and the Canadian Embassy in Jakarta was able to book flights home. I made it to Edmonton on April 10th 2020, although had not slept the last 24 hrs prior to arriving in Edmonton. As I arrived in Edmonton I noticed the airport was barren, understanding the current worldwide issues and its reasons. I flew from Vancouver to Edmonton via Westjewt. The flight and crew went very well and is appreciated. As I collected my luggage I had no means of calling my son to ask if he received prior email communications on picking me up as I had no phone due to the theft days prior. As I collected my luggage I noticed two WestJet personnel at the baggage counter, I approached, explained my predicament and offered 20us dollars if they could make a local call to my son to ask if he was on his way or if I had to arrange alternate travel. Instead I was directed to a phone at the information counter they stated allowed local calls. Unfortunately, with the airport being shutdown, these phones did not work. I was taken by surprise, never mind these were WestJet employees, but Canadians, where a simple call would have provided the final light at the end of an ugly tunnel. Luckily, two airport workers in were walking by and I gave the same explanation and made the same offer, they then called, spoke to my son, then graciously refused to take the 20us dollars, stating we are Canadians. I do blame, nor hold shame to WestJet, I know the values you hold, this issue is with individuals that are supposed to uphold company values.
8/10

✅ Trip Verified | I flew home from Barbados during this coronavirus pandemic. The crew was well prepared with anti bacterial wipes for each customer and they wore masks and gloves themselves. The cabin was very well maintained and clean. The pilots delivered a very welcoming and informative departure announcement which kept everyone in the cabin calm. The flight crew then made sure to tell everyone multiple times in the cockpit to self isolate for 14 days! This was my second time flying on WestJet! My first time was the flight from Toronto to Barbados! I can really tell that there is a positive culture within that company. I left with a smile. The only thing I would do is recommend that they update their inflight entertainment app or even retrofit screens into the seats. 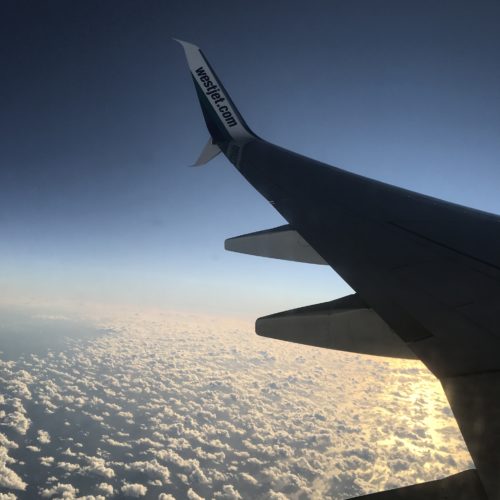 "Thank you crew and WestJet"

Not Verified | I have not been a great fan of WestJet but feel compelled to comment on our Saturday flights. We were nervous travellers due to Covid 19 and travelling home with our dog in the hold. There were 15 passengers on the first leg on a spotless Q400. Cabin crew passed out anti-bacterial wipes and masks. There were only 11 of us on the 737 leg served by three kind, caring mature flight attendants. Service was restricted due to Covid but was excellent. The front washroom was locked and restricted to crew. The rear one was spotless and wiped down by the flight attendant after every use. Thank you crew and WestJet for running this flight and your care.
11 to 20 of 596 Reviews