✅ Trip Verified | I traveled with Volotea in August, with a trip to Zakynthos and back to Venice. Everything went well, punctual departure and quiet trip. I will go back to Volotea for any other trips.
10/10

Not Verified | Verona to Ibiza. Perfect flight, perfect take-off and landing without a thing or anything else. Unfortunately the flight was delayed by an hour due to staff strikes in Ibiza but the captain kept us informed every 15 minutes apologizing. I will continue to fly with Volotea - very good quality versus price!
10/10

✅ Trip Verified | The flight left on time from Venice and arrived on time. Kind and helpful on-board staff. The return trip was also ok and on time. The aircraft was clean and welcoming. A great trip to a special destination such as Lourdes! 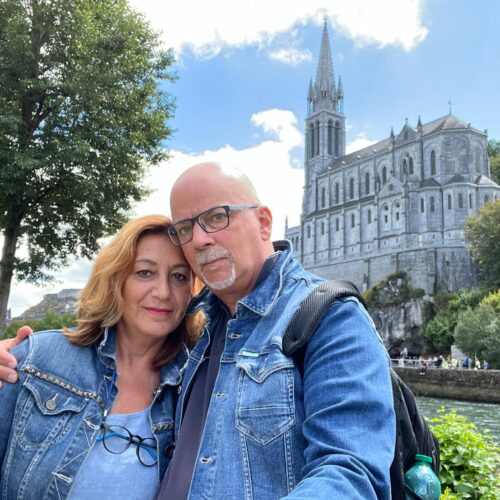 ✅ Trip Verified | The whole process was excellent. Buying tickets online is quick and I got the boarding passes well in advance. I could choose seats for free. The flights were punctual. Both the ground and the flight staff were very kind. The plane with spacious seats. Great experience indeed. And the flight was very cheap!
8/10

" I have no complaints"

✅ Trip Verified | I made the round trip Asturias to Málaga. I am a member of Volotea and I have a series of discounts. It is very easy to travel with this company, established in Asturias, both when searching for flights and when checking-in. The ground crew is very friendly and the cabin crew. We went in emergency exit seats and the space is very wide. I have no complaints.
8/10

"Pleasant flight with no delays"

✅ Trip Verified | Pleasant flight with no delays. Standard service on board. As a low cost airline you have to print your boarding pass at home and pay for meals on the plane. Aircraft was comfortable and not very old. Prices for this route with this airline are affordable My experience with this flight was very satisfactory. I recommend this airline..
1/10

"not enough space between these seats"

✅ Trip Verified | On both ways, we had the last seat on the planes 26A, 26B, 26C, and 26D. These seats do not have any window and there is not enough space between these seats and the front seat. We had a baby with us who was sitting on the legs of his mother. That was scary because the free space between the baby and the front seat was less than a hand palm. We didn't have an extra scale for the back seats. There was only one scale at the front of the Airplane. My husband forgot his Polo Ralf Lauren hat which he placed on his seat. He realized it immediately when we were on the bus on the way from the plane to the arrivals. Because it was late and with the baby, it was difficult to go back to get it, so I called the next morning the lost and found department of Volotea in order to inform me how I can get the hat. The answer was that nothing was delivered to them and to call again the next day which I did but again the answer was negative. No hat has been found.
1/10

"The worst experience ever"

✅ Trip Verified | The worst experience ever. Absolutely unclear policy makes you pay more and more for everything. Ok we paid 180 for priority boarding so it was not low-cost a all. At the end while making check-in on-line, message appeared that we have to do checkin at the airport because of hand luggage which can not travel on the board. It was not possible to checkin without buying the seat, even though in the terms of conditions is written that should be possible within 4 days before flight. So we arrived to the airport according to the instructions and they told us that there is no more seats in the airplane. Ok, overbooking is legal, but to force people to do check-in at the airport and then decline the seat is not. In addition it was not possible to contact them in any way. Super expensive and super shitty
1/10

"Worst company I have flown with"

✅ Trip Verified | Worst company I have flown with. Just avoid it at any cost. It’s a lot better to pay more for another company. Once they cancelled a flight a week before our journey to Santorini Greece September 2021 and they didn’t refund anything. Just like that and the mails said that we will give you refund etc and nothing ever happened. But we said okay it was just bad luck or a coincidence. And also there were no other flights the days we wanted so it was a dead end. Now we have booked priority in order to have our carry on with us. We saw the tickets and they told us we cannot have our carry on with us. We show them that it says here we are allowed to have 10kg bag per person and everything that is written in the ticket and they just answered us that these are general information, but they say for my journey the times the airplane door etc everything. We show them the confirmation mail that says we have priority etc and they told us in our system it doesn’t say so. And we just paid again for what we had already paid.
1/10

✅ Trip Verified | They will rip you off left and right for nothing! No way is it acceptable for check-in to cost an extra 30€ per person! Unbelievable, basically paid for air.
1 to 10 of 232 Reviews