"hope they maintain that standard"

✅ Trip Verified | Kolkata to Delhi. I am a Platinum Member of their frequent flyer programme and have been so for two years now. Therefore my bias for this airline is obvious. Vistara is the only Indian domestic airline which offers Premium Economy. Same 3+3 layout as Economy but with more generous legroom. Their Economy seats have a pitch of 31" and recline of 3.5" except the cramped last row. The Premium Economy seats have a pitch of 33" and recline of 4.5". Those extra couple of inches does make a huge difference. Reached Kolkata airport at about 6 am for my 7.05 am flight to Delhi. Had checked in online the previous night. Being a Platinum Member they offer complimentary lounge access. However, as happens often, there never is time to pop into the lounge. Went straight through security and to the boarding gate. Vistara boarding is always an organised affair. I really can't put a finger on what they do different but there never is the kind of melee that you see around boarding gates of most other airlines. They started boarding at 6.24 am. We were bussed to a distant stand. Quite a few minutes of bus ride. To a very far stand beyond the old terminal building. Now, if I have one complain with Vistara and indeed with most other airlines, is that the first flight out of the day is always from a non-aerobridge stand. The planes that come in late on the previous night are parked at stands away from the terminal. Every airline that does that, seems to avoid the expenditure of getting the aircraft to an aerobridge gate for the first flight out the next morning. Instead they subject you to an uncomfortable crowded bus ride. Vistara also does the same. Boarding was quick and orderly. The welcoming cold towel (hot in winters) is always a nice touch. Then they handed over the breakfast menu. Another nice touch. A round of water. Boarding complete and doors close at 6.50 am, well before scheduled 7.05 am departure. Then the Government owned Kolkata Airport's inefficiency took over. It wasn't till 7.06 am that we were pushed back. And another 10 mins odd before we were airborne. 20/25 mins on the ground after doors closed? I don't know who is to be blamed. I always enjoy the new planes, nice clean interiors, comfortable seats, the rather different purple and gold colour scheme. Even the cabin crew wear a purple and gold uniform. I always see the lady cabin crews wearing a similar metallic gold watch and pearl ear studs which go very well with the purple uniform. Haven't seen any other airline standardising the accessories that go with the uniform. That's a real neat touch. 30 mins into the flight and it was breakfast time. Meals are always a pleasure on Vistara. I am a hardcore non vegetarian but could not resist the Sabudana Khicdi and Medu Vada in Sambhar that morning with Starbucks coffee. Awesome. We were over Delhi well in time but were then a victim to the usual early morning congestion that's routine at Delhi. Inspite of that we were on the ground a couple of minutes earlier than the scheduled 9.25 am arrival. Aerobridge connected quickly and I was off the aircraft at 9.34 am. Very happy. Vistara seems to be setting a new bench mark in Indian domestic aviation. I sure do hope they maintain that standard.

Hi Arup, we're glad to know about experience flying with us. Look forward to having many more flights together. Keep flying the new feeling :)

"had a great experience"

We’re glad to hear about your experience flying with us, Gaurav. Looking forward to many more flights together. Keep flying the new feeling :) #VistaraLove

"one of India' best airlines"

✅ Trip Verified | Delhi to Kochi. Must say this is one of India' best airlines, excellent service, good people and amazing flights! I have been using their services from a long time now. My dad had to travel on 10th may with Vistara from DEL-COk but because of an unforeseen event he was not able to travel. I called them and asked for refund for the tickets, they called me, followed up every time when i asked for a call back and processed refund within 7 days! Its service that matters and they are 10/10 every time! 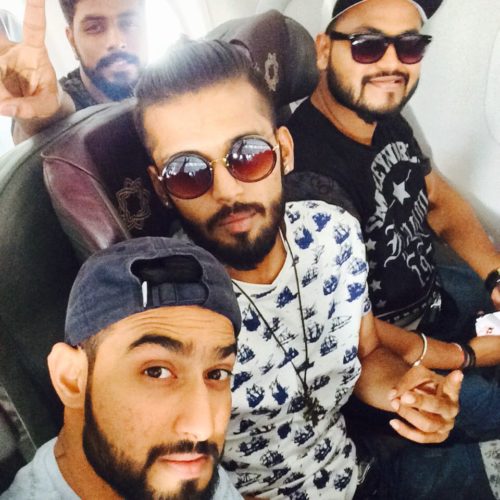 We’re delighted to know about your experience flying with us, H Rajesh. Here's to many more flights together. Keep flying the new feeling :) #VistaraLove

"Such a poor experience"

✅ Trip Verified | Such a poor experience! I flew Delhi to Chennai aboard UK835 on 8/4/18. First the flight was delayed for about an hour. Secondly, this airline is yet to be accommodated at the main airport, hence their flights land at a remote location, from where they stuff you in buses and get to the airport. Thirdly, drivers of these buses are ill mannered and untrained, despite it being very hot and supremely humid he refused to put the air conditioning on, despite all the passengers requesting, screaming and someone on the verge of fainting. Fourthly, delay in getting our luggage, it’s been over 40 minutes since we landed but no sign of our luggage! Never ever flying Vistara on this sector!
9/10

✅ Trip Verified | Flight from Mumbai to Delhi return. Got to Mumbai airport and went to call for a wheelchair from the phone outside the airport - all airlines listed except Vistara. That was odd. Had to then send a reluctant guard to call someone with a wheelchair. After that the flight was smooth. Check in and boarding etc all okay. Flight on time and they served a nice snack. Return was good with the flight on time and the Vistara service once again excellent. The crew on board and service is very good. Also, they have the best coffee I have had on any Indian carrier!

Pleased to know about your experience flying with us, Rishad. We'll surely convey your compliments to our team for their services. Looking forward to having many more flights together #FlyTheNewFeeling 😊

✅ Trip Verified | The only flight in India which cares for its customers. I was flying Amritsar to Mumbai with Vistara. The flight got delayed by 3 hours approximately. I received sms regularly notifying me that the flight was delayed. We were offered meals at the airport, one move to compensate for the delay caused by them, which if you are travelling by any other airline, won't even offer a glass of water or juice. After entering the flight, the decor amazed me. We were again offered an in-flight meal, both the meals were delicious. Until the flight got ready for departure, every passenger received a personalised apology letter and to make up for this we were offered 10% discount vouchers for our next travel. I am sure any other airline wouldn't have even apologised for any delay. After getting down at Mumbai, my luggage got swapped with another flyer, the immediate response of the ground staff was commendable, they traced the customer and immediately and got the bags exchanged.

Hi Mr.S.Anand, apologies for the delay once again. We're glad to know our staff assisted you well. We look forward to welcoming you on board again, soon! Keep flying the new feeling :)

✅ Trip Verified | Varanasi to Delhi. Wonderful experience. I was informed on flight schedule on time. The plane interior is spacious, nice looking. The crew is kind and helpful. Food (vegetable pancake and chocolate muffin) was very delicious, in fact I didn't expect to get any food, so, that was a great surprise. All in all, Vistara highly recommended!

We're delighted to know you had a wonderful experience flying with us,Gordana. And are glad you loved the in flight meal. Looking forward to many more flights together. Keep flying the new feeling :)

"one of the best experiences"

✅ Trip Verified | Delhi to Ahmedabad. Had one of the best experiences. Comfortable seats, cordial staff and the most amazing breakfast served in flight. Three cheers to Vistara for this. Not only was the food tasty, but was served piping hot. Presentation was great and the cherry on the cake was the aromatic hot tea in the end. Loved it.

Hi Mridula, we're glad you had a fantastic overall experience flying with us. Look forward to welcoming you on board again, soon! Keep flying the new feeling :)

Hi Jerril John, we're delighted to know you had a wonderful experience flying with us. Looking forward to many more flights together. Keep flying the new feeling :)

✅ Trip Verified | Flew Vistara for the first time during a recent visit to India from Cochi to Delhi. Not difficult to tell that Singapore Airlines is involved as a partner in this airline. Check-in, boarding, and in-flight service were all superb. Flight was on-time and bags reached the carousel before we did. vistara doesn't have as extensive a network as the other Indian airlines, but seem to be in expansion model. Great airline!

Hi G Firth, we're delighted to know you had a wonderful experience flying with us. Looking forward to many more flights together in the future. Keep flying the new feeling :) #FlyTheNewFeeling