"Safety was not a priority for cabin crew on this flight"

✅ Trip Verified | Very disappointed with Uzbekistan Airways service, from boarding until landing in Tashkent. Booked flight with my kids from DXB-TAS on the 7th of November. It started at the airport in DXB, where I requested to get seats in the forward cabin, as it is challenging with small kids to move with luggage all the way to the end of the cabin. The ground staff asked the supervisor if he could offer us forward cabin seats, he refused. He was rude not only with me but with the poor ground staff who was trying to tell him the correct procedure. I have flown many times with Uzbekistan Airways and I have noticed that he has been super rude with passengers and staff at all times (in Dubai and Sharjah). When I came onboard, surprisingly I noticed that there were so many empty seats in the forward cabin! So why did he refuse a mother with 2 small kids to offer a comfort? I assume he is backed up by someone, because this kind of unacceptable attitude for so many years and nobody takes any action! Inflight: - Safety was not a priority for cabin crew on this flight, for take off some windows were dimmed, some were bright - I had two obese passengers sitting through the aisle (35E,F) for take off with their seatbelts were not fastened. Grooming of the crew was extremely poor, especially 2 crew who were seated in L3/R3 door. Male crew who worked from the AFT was not interested to serve us and other passengers, he spoke to us as if we were at the military and he was the general with us, soldiers. When he was serving lunch, somebody asked him for a glass of water, he said that he only has white wine on top of his cart. When I asked him what chicken was served with, he had difficulty in answering. He saw me struggling during disembarkation with kids and my luggage, he didn't even offer to assist us to disembark the aircraft - Not to mention that lavatories were dirty throughout the flight. On this flight the crew didn't smile and welcome guests, they all gave impression that they were forced to come and do this flight, except one who was super positive and welcoming from boarding. During the flight she came and checked on us if we needed anything. Sadly, she was the only crew who worked and valued her job. Don't fly Uzbekistan Airways, unless you really don't have any option to choose from. 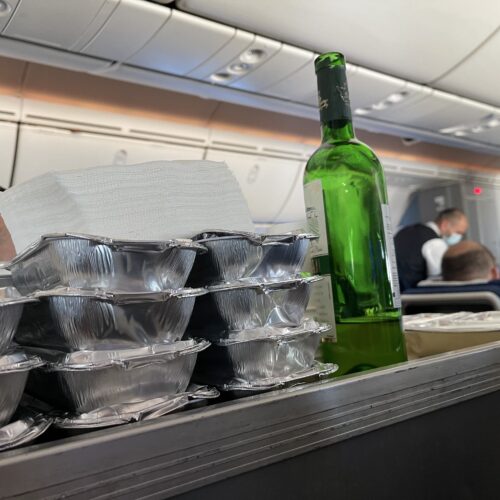 "it proved to be a fine experience"

✅ Trip Verified | I flew from KL to Tashkent economy class, 7.5 hours each way, departing late November 2019 and returning mid December 2019. I had some apprehension about the flight but it proved to be a fine experience. The well experienced 767s were smooth and comfortable and on the first flight had a rudimentary IFE system which had its quirks that nearly resulted in a finger tip blister! (On the return flight on another 767 there was no seat back screen but instead had roof mounted screens that were quite useless). The cabin crew were friendly and the meal service was very adequate and I certainly wasn't hungry afterwards. Perhaps because of the age of the aircraft I felt that there was more room as they had a 2-3-2 seating configuration and on both flights there were many unused seats and even complete center rows of 3 seats left vacant for sleepers had I wanted to. All in all a good experience with Uzbekistan Airways.
7/10

✅ Trip Verified | Tashkent to London Heathrow. I was pleasantly surprised by Uzbekistan Airways for this recent flight. Boarding was smooth and prompt (probably helps the flight was only half full), we pushed back near enough bang on time and from there had a very efficient flight to London, landing circa 35 minutes early. As mentioned the flight was only half full, it regardless there was plenty of legroom, over head lockers are very large, the whole cabin felt spacious. The only problem was the temperature, the plane felt like an oven for the entire journey. The in flight entertainment, whilst not particularly extensive, had enough to keep you entertained with a decent selection. The food and drink offerings were the only real negative. As a nation famed for its food I think Uzbekistan Airways can manage more than plain boiled white rice and a fried chicken breast, couple that with no beer or sparkling water available onboard led to the only real disappointment.
1/10

"not been worth the flight"

✅ Trip Verified | Paris to Delhi via Tashkent. Ground staff at Paris didnt know well to operate the systems to generate boarding pass resulting into start of boarding procedures late by an hour, no response or information to passengers resulting into chaos. Inflight staff - rude behaviour, gave water after 20 mins of asking and later denied for water when asked for 3rd time. Veg food not available and food available only as per counting, if extra food asked for, denied. Even fruits were denied stating that only the packet of nonveg available if required could be given and separately fruits cant be given. Pillow and blanket was denied stating that you have neck rest which works as pillow so not needed and you have jacket which could be warm enough so blanket is not required. Alcohol (only red / white wine available) which was denied when asked for 2nd time stating that the flight had only 1 bottle (of white wine) which is finished so cant be served repeated later on however 1 glass of red wine was offered stating that only 1 extra glass can be given. Peanuts denied 2nd time stating that per passenger gets only 1 packed and that's finished. I was first time international traveller I was not aware how to order veg food for flight online due to which I asked for Support for getting veg food for connecting flight which was replied that it's not their job to guide how to order veg food, their job is just to serve what ever is ordered. The staff was talking to passengers with rude tone with the ones who tried changing seat as the flight was empty. At Tashkent Airport, the transfers staff in charge of issuing boarding pass didnt know how to process the boarding pass taking about an hour for completing the process resulting into delay in flight. The inflight staff in connecting flight from Tashkent to Delhi was decent, they even offered alternative as fruits as veg food was not ordered. Overall the behaviour and experience has not been worth the flight.
6/10

✅ Trip Verified | Tashkent to Istanbul. Disorganised boarding. Passengers were not called by rows. It was a free for all with a long queue. Good cabin service. Limited options for entertainment. Only 3 or 4 films available. No music, etc.
3/10

✅ Trip Verified | Kuala Lumpur to Tashkent. It is like going back in time, about 30 years back. Our departure from Kuala Lumpur was 1 hour 50 late, dep Tashkent on time. I cannot believe this airline does not serve beer, only white or red wine is only alcohol available, they also have no diet beverages, the very limited choice dies not even come with ice so fruit juices are warm . On the return trip we bought cold beer at the airport to drink Food on both flights was terrible, very limited choices, served by surly unhelpful staff. The good thing was the generous recline of the seats Entertainment was a joke, flight out had screens in the roof, so 80's, return had seat back screens which were a waste of space, latest movie in english fir over 10 year olds was 7 years old. I watched my tablet on both flights. Blankets and pillows ran out after 10 people on the early evening outbound flight, return had enough for a quarter of the plane and very begrudgingly given out. Antiquated, surly govt owned airline. 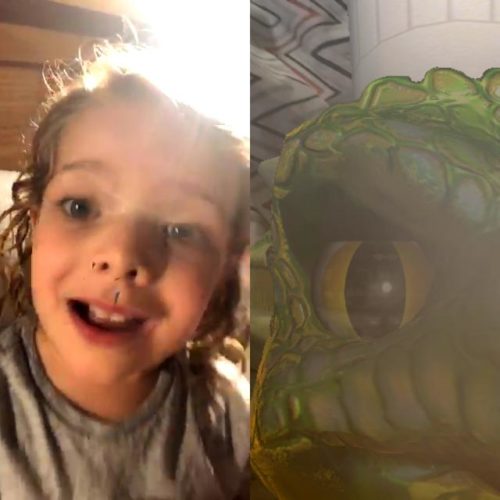 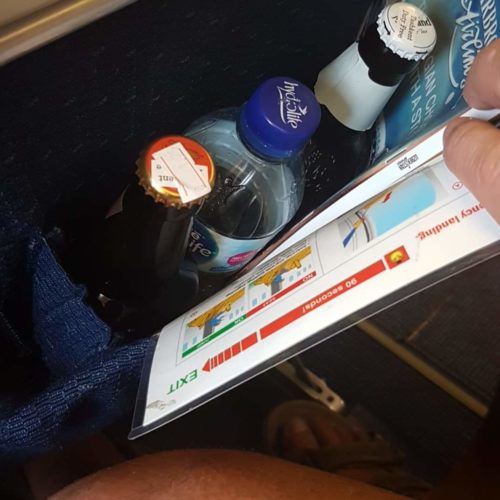 Not Verified | Worst airline ever. We traveled by this from St Petersburg to Tashkent. That flight was good but the flight from Tashkent to Delhi number 421 was very old, no screens on seats, no pillows only child and women got pillows, no blankets for all, no wine or whisky, not enough flight attendants. Worst ever experience.
8/10

✅ Trip Verified | Paris to Tashkent. Check in counters are located in CDG 2A terminal very quiet in the afternoon. Business tickets allow us to make a stop in the glamorous Cathay Pacific lounge : Champagne. And again Champagne as a welcome drink (Uzbek cuvée on the return ), warm nuts as an aperitif. Full dinner service, three choice). Light breakfast served before landing. Seats are 2-1-2, comfortable, amenities in a nice travel kit, IPad provided. Crew very attentive during all the flight, same for the return from Tashkent.
7/10

✅ Trip Verified | Moscow to Tashkent. I did not expect much from this airline, however I was pleasantly surprised. The aircraft seemed to be new and the interior was very clean. The boarding started on time, well organized. Both flights departed and arrived on time. I paid a little extra for the exit seat and got a huge space for legs, etc. The personnel on board was average but meals were excellent and abundant, the in-flight entertainment system worked well (funny English dubbing by a Russian speaker, one voice for all actors in movies). The overall experience is naturally not comparable to companies like Qatar or Emirates but nobody expected that quality either. All in all this airline exceeded my expectations and can recommend it to other passengers.
1/10

"crew were not friendly"

✅ Trip Verified | Tashkent to Kuala Lumpur. The worst airline taken in all of my holidays. A week before we departed Singapore they sent an email to inform that flights home to Singapore are cancelled. We wrote in 3 times with no reply, called the Singapore office and the guy was impossibly unhelpful. We had no choice but to make our trip blindly and hope for it to get settled over in Tashkent. Our flight departing Singapore was delayed by an hour plus, and transit in KL, it was again delayed another hour. It happened the same for our flights home whereby new transit was in Jakarta, it got delayed an hour an half. We barely made it to catch our flight home with MH that the airline booked us home on. My luggage was left behind because of this. Flight crew were not friendly, barely smiled no matter how polite we tried to be. And they never once served water after the meal service. We had to keep going to ask for it and they always gave an unhappy look. Seriously, I don't know what kind of service industry this airline is in, because there wasn't any at all. The food from Singapore was okay, but the food from Tashkent was awful. Tasteless and dry. Our flight home was a night flight, yet the lights were not switched off for sleeping. It was a really suffering 18 hours journey home, with no food and no sleep and with unconfortable seats. Such a pity because the country is so beautiful and the Uzbeks are really nice people. The airline crew need to undergo intensive service training for sure.
1 to 10 of 66 Reviews