✅ Trip Verified | Uncomfortable flight. Charged $3000 for an upgrade that I never got. Spent 2hours on hold to customer service only to be told I wouldn't get refunded for the money I had spent on that upgrade that they didn't give. Food dreadful. Lines around the corner in the airport. Customer service impossible to get through to.
4/10

"Never had a good flight with this airline"

Not Verified | Columbus to Chicago. Rude and uninformative staff. They put tags on some carry on when boarding without saying why and had us leave them outside the plane with a ticket in hand saying “pick up at gate”. Apparently that meant before gate and with no bags there some continued walking to the actual gate. The lady at the reception desk was very rude and immune to listening when she thought we were idiots. Never had a good flight with this airline.
1/10

"expected me to sleep at the airport"

Not Verified | Booked my flight going home (OKC to ORD), get to the airport Friday afternoon and arrive at the desk in OKC to encounter the United nightmare. I am standing in the Priority line and see there are two people waiting on one guest. Then, one of the United workers call the next person to wait on, with no regard to me standing there. So I say ”is this the priority line” then here comes this guy to get me over to a machine that tells me that I can’t check my bags. He says you have to check your bags an hour before your flight - well I would have been able to had there been people working at the desk. So as I still waited on this individual that is unprofessional, incompetent, and ignorant to put me on the next flight, the horror worsened. Long story short, I missed three flights leaving OKC going to Chicago, then am told that they can book me a flight for the next day, Saturday. Had I wanted to fly out on Saturday, I would have booked my flight for Saturday and not Friday. They expected me to sleep at the airport, not happening. Then they try to give you this song and dance about how they can screw you over and keep your money!
2/10

"has been a total disaster"

Not Verified | The last several times I have used United for my travel it has been a total disaster. I have missed multiple connections due to the plane’s not leaving on time mostly because of late arriving staff. We are way past the Covid excuse and they need to retrain the staff to be friendly. Not only horrible and inconvenient very costly This is the worst year ever for plane travel.
2/10

Not Verified | I will never fly United Airlines again. Poor service, almost they don't serve food. Flight attendants are having fun together, they are talking laughing and we are waiting for the lunch. Only two hours flight left and no lunch has been served yet. I am starving.
8/10

"went above and beyond all her duties"

✅ Trip Verified | Yesterday me and my sister, and my grandfather flew to Santa Clara, CA. My sister got motion sick essentially and vomited. A very kind and helpful flight attendant, Laural, helped me and my sister clean up and she got all the supplies needed to clean up. She comforted my sister and made sure the whole process was simple and easy. Laural went above and beyond all her duties to make sure our United flight experience was better than ever. 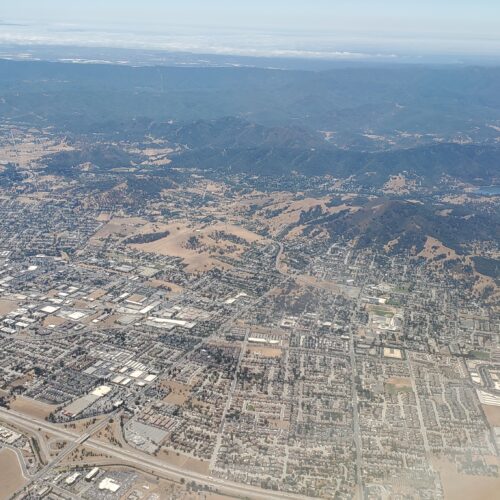 Not Verified | Me and my husband were going to Hawaii for our 30th anniversary. So happy to go to Hawaii and than this happiness turn to a nightmare. As soon they start the plane the smell of the gas went inside in the cabin. The plane had a mechanical problem. They keep us for four an half hours on the plane. After 4 and half hours they decided to let us out of the plane .We waited 2 more hours at the Airport until they got another plane to take us to Honolulu. The time that we were supposed to be in Honolulu we still at the airport in DC. We lost one day of our vacation. We will never fly with United Airline again. The worse airline ever.
1/10

Not Verified | Absolutely trash airline experience. They changed my seat away from my partner in the 30 mins between check in and boarding, and couldn't explain why simply staying they didn't know. In the time it took to change my seat without explanation, despite asking for it, we were moved from boarding group 2 to group 4, essentially downgrading us without any refund on the price we paid for the tickets.
1/10

"My family and my friends will never fly United again"

Not Verified | My daughter was scheduled to leave on Saturday, we arrived at the airport 2 hours early, no plane showed up, there was no one around to ask questions to, after the plane was scheduled to leave one employee showed up and was quite pleasant and explained that there was a rain delay. No problem, she was quite helpful and pleasant even tho she was quite outnumbered by anxious passengers. That flight was canceled and my daughter was scheduled to leave on the same flight the following day, Sunday. Now, Sunday was a mess. There was only one woman checking bags and people in for 2 different flights, she was stressed, and quite short tempered. I’m sorry, but it’s not the customers fault that people don’t show up for work. Once checked in my daughter went through security and made her way to the gate, where once again as departure time came closer there was no plane and no one around to help. After boarding time was supposed to start one lady showed up to talk to the waiting passengers. She was quite rude, she said the plane was running late, but it wouldn’t be a problem and everyone just needed to wait. When my daughter tried to ask about how late the plane would be, because she was worried about missing her connection, she was told to sit down and wait. No questions answered. The plane finally arrived 20 minutes late, the employee that was there then announced that the flight was overbooked and until someone gave up their seat the plane would not leave. By now people were frustrated and basically laughed in her face. Instead of threatening passengers I’m sure she could have found a better way to ask someone to give up their seat. They finally boarded the plane, and then proceeded to sit on the plane for 40 minutes, the attendants then told the passengers that they needed to call in a mechanic for a possible bird in the engine, and to expect it to take an hour. They got off the plane, and within 10 minutes they were reboarding, people expected it to take an hour so they had left their seats to find food, the rude employee then announced that the plane was going to leave without passengers because they had walked away. Completely unnecessary. My family and my friends will never fly United again. Her plane finally left over 2 hours late, and if the employees had handled themselves properly it would have been much easier. There are 2 female employee in Rochester that were very snippy and mean with everyone we saw them deal with.
1/10

✅ Trip Verified | After a delay out of Pittsburgh due to a ground stop and maintenance issue, we arrived late into Denver. Our Tucson flight was canceled. We attempted to get a later flight into Phoenix but the customer service agent on the phone refused to book us because the only seats were business class. After arguing for 20 minutes and asking for a supervisor the seats were gone. The agent indicated he could not issue a hotel voucher. I had to stand in line for 2 hours to get the voucher. United sent us to a filthy, seedy hotel with no shuttle service back to the airport the next day they were all booked. Now we are finally rebooked on a flight to Phoenix which is further delayed. We will have to rent a car and drive to Tucson.
21 to 30 of 4201 Reviews