"incompetent running of an airline"

Not Verified | Flew from Bonaire to Houston to change aircraft from Houston to Detroit. We'll to make it short, flying into Houston they announced they had to go around Houston until a severe weather storm was at Houston Airport had passed. Going around not a cloud in the sky and landing everything was dry a calm. Due to United's incompetent running of an airline they had an aircraft at our gate that was the real reason for flying around. We missed our connecting flight and we had to fly Delta to Detroit no thanks from United. They still haven't a clue where our bags are and couldn't care less. Never again will we fly United.
1/10

✅ Trip Verified | Worst experience ever. Seats I paid extra for where not given to me and when I went to the United service counter I was told they could do nothing for me. (I was also traveling with a 3 year old and a 7 month old) My party of 6 was spread throughout the plane, even my 3 year old, and United said there was nothing they could do. I purchased a padded stroller bag and when I received my stroller off the luggage belt, the handle was broke in half. I went directly to the United desk again and was told there was nothing they could do. They have zero customer help and don’t stand behind there mistakes. Will never fly this airline again.
1/10

"terrible for a 14 hour flight"

✅ Trip Verified | What was annoying is that 2 hours after we took off we had a small lunch, then 5 hours later we got small tiny sandwich and small chocolate bar. Then 1 hour before landing an omlet and some fruits. So terrible for a 14 hour flight. 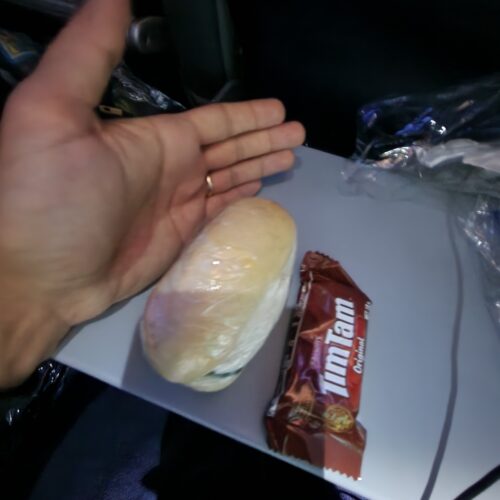 "Economy Plus a big waste of money"

Not Verified | I selected Economy Plus which was a big waste of money. The flight from MLI to ORD there was no beverage service. Cramped seating. No plug in for electronics. Actual flight was uneventful. The flight from ORD to CUN. Again the flight was cramped and seat wouldn't recline. There was a beverage service. No plug in for electronics. I will never pay for premium seats on United. And most likely never fly with them again.
1/10

✅ Trip Verified | United Airlines is the new Spirit Airlines. There is an additional charge for every little thing to include carry on. There is also an additional charge for seating regardless of your child's age. When I asked about sitting next to my sons she replied, "we dont move seats with your type of ticket." Like I'm some kind of 3rd class citizen. Customer service is absolutely horrible. They lost my luggage tag, threatened to call the police, required my kids and I to leaving the boarding area, go back through security, which made us minutes from missing our flight. I was told that "if we missed the flight it would be my problem" even though they were the ones who lost the tag. I had my copy of the tag. We fly 6 or 7 times per year and typically I'll look for a reasonably priced ticket. From now on, I'll pay extra to fly on AA or Delta. Never again with United. Be warned!
1/10

Not Verified | Upgraded my seats to find out they changed planes prior to take off. I am now sitting in the last row with no refund on my upgrade. United has always been the worst airline option and their commitment to that continues. Staff is always friendly however the airline itself is always a significant disappointment.
1/10

✅ Trip Verified | Worst experience ever. I had booking from Reno to Saskatoon and day of flight they had some technical issues with the airplane so they cancel our flight for the whole day, and gave me a ticket for next day, and from Vancouver to Saskatoon day after that. They waste my three days and didn't gave me any compensation for that. Not recommend and will never travel with United again.
1/10

"I forget how bad they are"

Not Verified | When it's been a few years since I flew with United, I forget how bad they are and I give them another try to see if things have changed. We missed our flight with Hawaiian and needed to get to Hawaii the same day so we booked the next flight out with United, and my partner paid for Premium economy/economy plus or whatever they call the step above economy. He then got a notification that he was refunded due to an error and so he tried again and again with he same problem each time. We go to check in for our flight and the person checking us in says that there are multiple premium/plus seats available but that he can't upgrade us and our best bet is to ask the reps at the gate. We get there and I explain that I'm looking to upgrade to premium economy and the woman working the gate looks at me and scoffs and says we don't have that on this flight. I asked if she was sure because I was told something different downstairs and she said, "yeah" as if I was a moron. I left and the whole interaction didn't sit well with me so I went back to ask a different rep to upgrade and I told her that I looked online and saw that this particular aircraft does have a step above economy and that it's called economy plus and not premium economy which I had said before because I normally fly with Eva, Hawaiian, etc. And those airlines call those seats by a different name than United does. I explained that I had called it a different name so maybe she didn't understand what I was asking for before (trying to give her the benefit of the doubt) and the same woman as before interjects and laughs at me saying," yeah it's called economy plus, we don't have that other thing you asked for". Unbelievably and unnecessarily rude. What is the point of nit picking about what name I'm using when you obviously know I'm trying to pay for an upgrade? Right after this stupid and mind-numbing interaction, they announce the flight is delayed. They then get back on the speaker and say actually your gate was moved. Then we get to the gate and learn that our flight was delayed again for maintenance and to get a new plane I never fly any other airlines that delay flights like this, but every time I fly with united, without fail, our flight is delayed. I hate them and don't know how they're still in business. We got on our flight and the staff was rude and short with us until they realized that we had given the whole crew some chocolates to share, and then they changed their tune.
2/10

✅ Trip Verified | I have flown by United before but this time was awful. Just because you want to save money and fly economy doesn't mean we should be stuck in seats that are sized for a scrawny 10 year old. No leg room at all. I'm 5'4 and weigh approximately 140lbs. My knees were all the way to the seat in front of me. They expect you to put personal items under the seat in front of you but you can't bend down to pick anything up. The thing I hated the most was trying to charge my phone. It's under your seat and not a single one worked. Where it's located I'm sure has been kicked a million times. Overall worst flights. If you are a bigger person skip United or fork out for 1st class. The only nice part was getting off the planes and the crew were nice.
1/10

✅ Trip Verified | I'm speechless. This flight was supposed to be 2 stops, and 23 hour flight. It is now 3 stops, 3 delays and 60 hours so far and I'm still sitting waiting. And all the weather is good. I though to give them a second chance since they fail me before, I was stupid. You had been warned. No more United Airlines.
1 to 10 of 4394 Reviews