"not worth the hype"

Not Verified | Istanbul Airport is a huge, unfriendly monstrosity. Check-in desks for the Athens flight were busy. The line for economy class was getting longer, business class check-in was empty yet the agent refused to accept anyone from the economy line. Checked in eventually by charmless staff. Very rude staff at passport control. Boarding was the usual pushing and shoving. A321 Neo not so clean inside. Met by disinterested crew upon boarding. Uneventful flight. Arrived early. Not recommended, not worth the hype.
10/10

✅ Trip Verified | First time flying business class on a long-haul flight and if you can afford it that's the way to go. The boarding process at ORD was a little chaotic as it appeared passengers ignored the pre-boarding request for business class only. Turkish Airlines business class product is exemplary. The seating is the old configuration of open side by side seats which don't offer much privacy if you're seated next to a stranger. The service was excellent with a personal chef taking dinner orders. This was followed by a beverage service (juices/lemonade) and warm mixed nuts prior to pushback. Hot towel service provided before dinner with a table cloth laid out on the tray. Dinner consisted of smoked salmon courgette, steak and arugula salad and fresh fruit. After dinner, an amenity kit was provided with a turndown service (individually packaged comforters) converting seats into a fully lie flat bed. I was able to turn to the side and sleep comfortably. The remote worked flawlessly. The TV screen is a large 17" display. The Denon headsets provided good noise cancellation and sound. Prior to landing in IST, breakfast service (fresh fruit plate w/cheese, yogurt/honey, assorted breads and french toast with strawberry compote). The cabin crew were exemplary with their attention and service. Very impressed with Turkish's Business Class product.
10/10

"Service from the cabin crew was exemplary"

✅ Trip Verified | Separate check in for Business Class passengers was very welcome. Spent no more than 15 minutes going through baggage screen, ID/passport screening and Checking bags. The B787-9 seats offer more privacy than the B777-300ER. There is a privacy screen between two seats together and the aisle side of the seat also has a curved screen. The seats are very comfortable and slightly narrower than the B777-300, however, there is plenty of leg room. I was able lie down fully flat. Dining is par excellence. The seafood appetizer (salmon, shrimp and tuna) with a garden salad was amazing. For the entree, salmon w/spinach watercress and mousseline chateau potatoes in pesto sauce was superb. For dessert, mango nougat mousse and chai. As with the service on B777-300, an onboard chef took our orders. Service from the cabin crew was exemplary. The inflight entertainment options were very good with live news channels, music, movie and tv show channels. WiFi was excellent. All you had to do is log into Turk Telecom with your last name and seat number on the boarding pass and you're connected. Between the B777-300 and B787-9 business class offerings, I prefer the latter because it offers more privacy. Service is the same on both types of aircraft.
1/10

"you are not the priority and complaints get shrugged at!"

✅ Trip Verified | Probably one of the most unreliable and anxious inducing airlines I have ever had the displeasure of flying on! My hell started at Johannesburg airport where I had to wait 3.5 hours in a queue to simply check-in! While standing in that queue, my flight details were changed 3 times! I was still in the check in queue and was supposed to be on the flight already! I completely missed the one little experience of the airport lounge that I look forward to thanks to this airline! I have still been unable to check in online. I'm currently at the check in in Hamburg on my way back home and after dealing with an incredibly rude staff member at the check in desk, only to tell me yet again that I must wait because check in for my flight is at 15.35! Online it states my flight details have changed again and that I can't check in?! Do not fly with this company, you are not the priority and complaints get shrugged at!
1/10

"It was the worst travel experience"

✅ Trip Verified | On 4/11/2022 I arrived at LAX @10:45AM for flight #180 LAX to Istanbul scheduled for a 1:45PM departure. Our original 1:15PM boarding time passed w/o any communication from the gate attendants. We were given numerous boarding times until we were told hours later that the flight was canceled due to a mechanical issue. We returned to the ticket counters to rebook. There was not enough staff; same people who originally/secondly checked us in, were at the gate and also checking in the next flight. The chaos/disorganization among the way the whole ordeal was handled was SO unprofessional . Passengers were instructed several times to move to different lines causing people to lose their places in line; causing more frustration. Since the flight did not show up online or on the app as canceled but rather delayed, we were not able to rebook on our own, even though we had been told it was canceled. The next step we were told to follow was to leave our places in line and go to the baggage claim and bring our luggage back to the check-in counter. The explanation for this was that when we get rebooked, the staff would be able to quickly tag our luggage. Once again, the lines were jumbled and people were angry. The passengers that were in the front of the line lost their places, and many were now in the back. Two areas were made for passengers wanting to cancel their flight and ones who wanted to rebook. We stood for hours. People who ordered business class felt entitled to cut the line and did so with impunity. We returned the following morning at 7am and no attendants showed up for an hour. Next flight was to depart at 1:45 PM. Crew finally showed up at 2:25 PM. At 2:45 PM a bus to took us to the aircraft, and at long last, at 3:34 PM the plane started moving. At 3:43 PM the crew informed the passengers that we were returning to the gate due to Mechanical Issues. By 5:10 PM, back in the terminal, two staff members were at least being polite and helpful, they were the manager, nd another individual named. They succeeded in getting me on a flight that evening that left at 7:27 PM. It was the worst travel experience I have ever had and that was before the nightmare regarding the return trip took place. 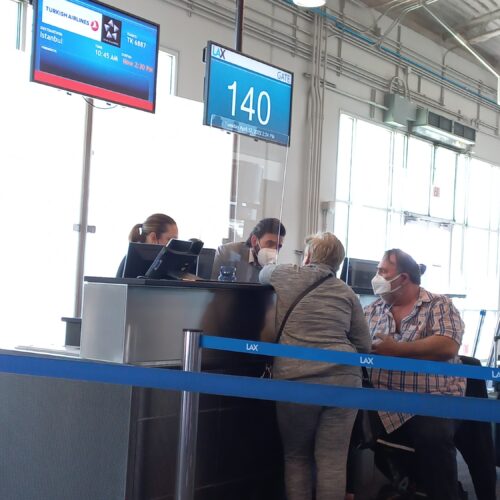 ✅ Trip Verified | Hardly a smile, child meal was an adult meal. Got to Antalya and my baggage missing, 2 days now tell me Manchester not sent it before being told if we receive it tonight, not sure when we can bring it to hotel only have one driver. I am stuck in Antalya with nothing, no toiletry nothing, still no baggage.
3/10

"customer service was so uncaring"

✅ Trip Verified | Had booked a return flight to Turkey for holidays via Turkish Airlines. It was a ~11hrs journey, hence decided to pay extra to get extra legroom seats for both flights. The selection was made based on the online layout provided by the airline during booking. Based on the given layout (attached), I selected seat 24D. It looked like one with extra legroom because there was a gap for emergency exits between Rows 23 and 24. However, the actual layout differed. Seats 23D, E, F were right in front of 24D, E, F, and there was no extra legroom. Tried to highlight the issue to the flight attendant but was told that I am seated in the seat I had reserved. Communication in English was difficult, so I gave up. Tried to highlight the issue via online feedback to request a refund of the SIN-IST flight and change my return flight to a proper extra legroom seat but was unsuccessful. In two subsequent online feedbacks, tried to get their acknowledgment that their online layout was misleading and issue a seat selection refund for SIN-IST, but they refused to answer the formal and just reply to the latter with the similar answers that they provided me with the seat I reserved, so a refund was not possible. The same happened on my return flight. It was just impossible to get my message across to the ground staff and the flight attendants. The customer service was so uncaring and repeatedly refused to acknowledge the fact that they provided misleading info. Communication in English was difficult with the flight and ground staff. Subpar service airline. 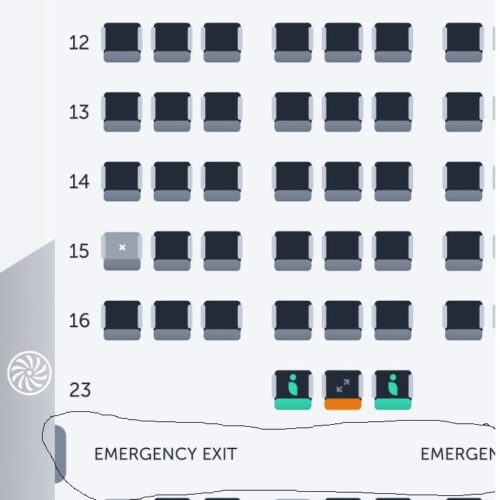 ✅ Trip Verified | Flew Turkish Airlines to Mauritius and return to Birmingham. Excellent service throughout the four flights. Cabin crew attentive and food was excellent as ever. You will not go hungry on Turkish airlines!
1/10

"refused to move from those seats"

✅ Trip Verified | I had booked two seats on the front of the plane in economy. However, two rude customers refused to move from those seats. Even though they had been paid for and despite Turkish Airlines cabin crew failures to remove those passengers seating in our seats. Instead we had to sit at the back of the plane, whilst our seats stolen and occupied by others. Breakfast on Turkish Airlines is by far the worst.
5/10

✅ Trip Verified | I was unable to check-in online because my ticket was issued by its partner airline. This was a bit disappointing. Luckily the check-in queue was manageable. Cabin crew were not very patient and attentive to passengers' questions and requests. The economy breakfast was exactly the same as my two flights a week ago.
1 to 10 of 2123 Reviews