✅ Trip Verified | I have now asked for a refund 3 times, but no response. If this is the customer service offered, I am surprised that any of the aircraft leave the ground. Customer service is for customer service. If no response is offered I will be posting on all my social media accounts the non return of requests or the non answering of enquiries.
1/10

"not answering me anymore"

✅ Trip Verified | Marrakech to Paris. My flight was canceled, which I can perfectly understand. Once back, because of the law I am supposed to receive 400€. I have get in touch with them via email, they were answering me. After two months without receiving my money, I have got in touch with them several times in the email and on Facebook, and they are not answering me anymore. I can understand everything, but not answering when they are reading my emails and messages om Facebook is disrespectful.
7/10

"the flight was enjoyable"

✅ Trip Verified | Düsseldorf to Hurghada. The service on board was friendly but keep in mind that drinks and food is not included in the ticket price. The drink and food menu offers a wide range of drinks and snacks. The legroom was decent, however the seats had limited storage space. Tuifly is a typical holiday carrier, expect children and a lot of noise. Overall the flight was enjoyable. The flight departed in time, after arrival in Eqypt we were committed to scan our body temperature and fill out a health card, due to the Coronavirus.
5/10

"seats were so horrendous"

✅ Trip Verified | On December 15th me and my partner flew from Curacao to Amsterdam, with a stop at Aruba, on a Boeing 767-300ER of TUIfly Netherlands. Check-in was quick, but due to a late arrival of the aircraft boarding started late. Passengers to Amsterdam had to board first, while the passengers from Amsterdam to Aruba were asked to board second and fill up the remaining unassigned seats. The flight to Aruba was very quick (only 20 minutes) and no serviced was provided due to the short flight time. At Aruba the passengers to Amsterdam were asked to remain seated while the aircraft was prepared for its last leg to Amsterdam. After 90 minutes on the ground we departed slightly later then planned to Amsterdam. The seats were extremely narrow (this 767 was equipped with a 2-4-2 configuration, instead of the designed 2-3-2 configuration). Legroom was good, because we booked comfort class (a pitch of 33 inch), but the seats weren’t equipped with head rests. The interior looked also very dated due to the old overhead bins. The entertainment system was fine with a limited but good selection of movies and television series. After take-off dinner was served (chicken with onion sauce, which was not very good) with a non-alcoholic drink service, after which coffee or tea were served. The lights were dimmed (it was a night flight) and two hours before arrival breakfast was served (a croissant with a yoghurt and a drink). To conclude, the cabin crew was great, polite and very professional. But to be honest, the seats were so horrendous that I would not fly TUI again on this aging 767. 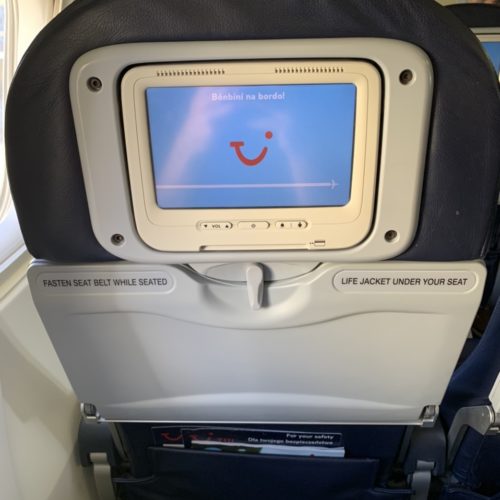 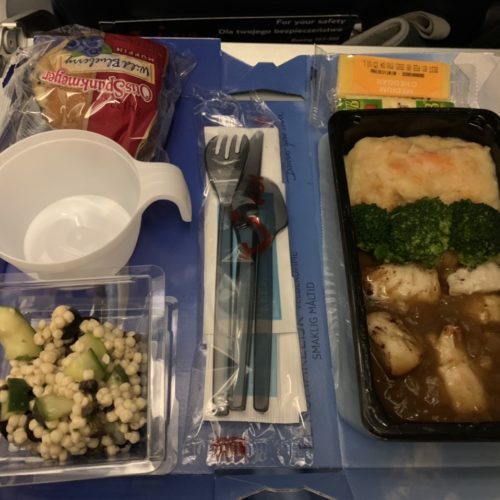 "it was a good experience"

✅ Trip Verified | Amsterdam to Curacao on December 7th with TUI fly Netherlands, operated by a Boeing 787-8. Check-in was quite chaotic at Amsterdam, with multiple TUI departures at the same time and only one staff member trying to sent passengers to the right check-in row (check-in or bag drop-off). Boarding on the other hand was very smooth and efficient. I prebooked Economy comfort (34 inch leg space), seat 12A, which was quite comfortable. The seat was quite narrow though. The seat was equipped with an PTV with a pretty small selection of movies. A free headset and pillow were distributed. After take off the crew came around with a drink service (alcohol was charged), follow by a hot (small) meal with a drink and coffee or tea. During the flight it was possible to order paid snacks or drinks, but there were also two complementary drink rounds. Two hours before landing a sandwich with a slice of cake were handed out, which was really tasteful. The flight itself was uneventful, and the crew was really friendly and professional. Overall, it was a good experience for a typical holiday airline. 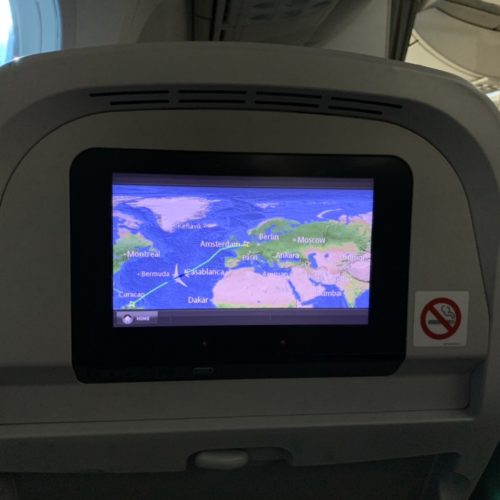 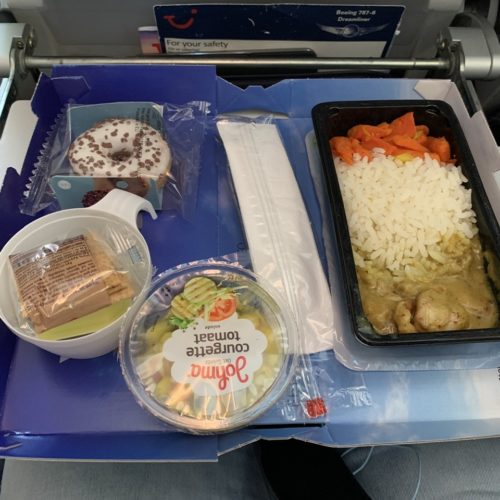 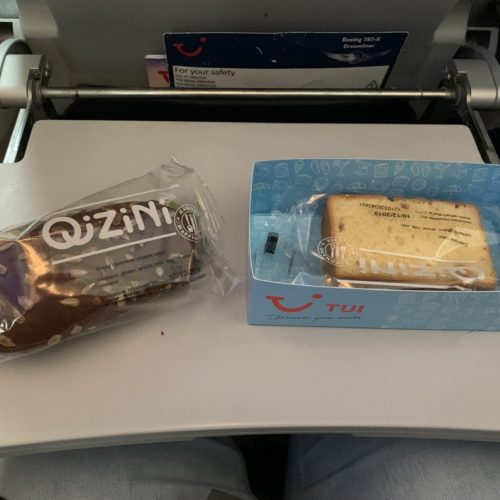 ✅ Trip Verified | Heraklion to Brussels. How to make extra money on clients? I booked my ticket late in the evening, close to midnight. I received 10 minutes later a “cancellation of reservation due to late payment arrival”. Then it was after midnight and I processed again my request. No email to acknowledge receipt whatsoever. In the morning, convinced the payment did not go through I rebooked my ticket. Then I received the two confirmations in one go. I called them, they accepted to reimburse me the ticket but minus 12 euros of double reservation. No chance to explain this was their IT system not working, just a wall of denial. For information the ticket was 200 euros and thus this was not a low price ticket. I am very annoyed they never admitted their website is dysfunctional and make clients pay for it on top of course of the very expensive call you have to pay when complaining. Just bad practices and it is sad this is permitted.
9/10

"happy to fly with them again"

✅ Trip Verified | Brussels Charleroi to Tenerife South return. Both aircraft leased from SmartLynx but despite their age of +\- 20 years, they were well maintained. Both flights left with a delay of 40-50 minutes on departure but arrived more or less on time (thanks to the 30 mins extra flight time most airlines add). Friendly crew. Acceptable choice of food and drinks to buy on board. Will be happy to fly with them again!
1/10

"have to pay for check-in"

✅ Trip Verified | Punta Cana to Brussels on hand luggage only ticket. I'm not satisfied with their luggage policy and customer service on check-in counter. They charged me 30$ for small cabin luggage which I wanted to check-in. The size and weight of luggage were correct (55x40x20cm/10kg) but they said that I have to pay for check-in. On my departure flight from Brussels to Punta Cana I checked-in my luggage without any problem, no charge, but on my way back staff at Punta Cana Airport took 30$ and treated me with disrespect. I will never travel again with TUI!
1/10

Not Verified | Paris to Rabat. First thing, there is no online check-in! When you do the online check-in they only send you a confirmation of the reservation even though you choose your seat! Please be careful. I was victim of that. I arrived 5 minutes after they finished the check-in, they didn’t even give me much attention. The staff were really rude and not professional. I do not recommend this company at all and for sure it will be the last time ever with them.
2/10

"uncomfortable for a 4 hour flight"

✅ Trip Verified | Berlin to Fuerteventura. Bad experience, narrow seats, almost no legroom, uncomfortable for a 4 hour flight; for the better seats you have to pay 30 or 35 euros, although the tickets are not cheap. catering is expensive and not good. rude passengers pushing their sears back without asking and even reacting aggressively when you ask them to push the seat back in upright position; Long check in lines, no inflight entertainment, seats in left 11 row have no window.
1 to 10 of 59 Reviews