"the service is degraded"

✅ Trip Verified | Bangkok to Copenhagen. Its not usual that I choose to fly Thai Airways but I chose Thai this time because of my elderly parents and a direct flight. Normally I would fly Qatar from Europe to Bangkok and vice versa. The service onboard was rushed on a 11 hours 45 minutes flight. We are traveling with Thai air during the virus outbreak so all crew have mask on but When you have mask on, passengers cant see your smile. The crew I encountered were arrogant to me. The seats are good for me but they need to upgrade the screen though. The touchscreen display is not responsive, the contents are good. Comparing Thai Airways 15 years ago and now, the service is degraded.
8/10

✅ Trip Verified | Flew Hanoi to Bangkok on B777-200 4th February 2020. Initial routing was from Guangzhou China. Had huge problems in Hanoi airport as my flights to-from China were suspended due to Corona, so I had to rebook tickets in last Minute at check-in counters in Hanoi. Fortunately, competent Thai Airways staff and station manager helped me through as my ticket, which involved other airlines beyond BKK, was complicated and furthermore issued by a non-responsive OTA. Eventually, I paid cash 179 USD for a complicated ticket change which was OK despite I then accepted a downgrade from business to economy class. Inboard, food was fabulous to my taste (grilled snapper with rice mixture), and I managed to get 4 portions as there were plenty leftovers - many people don’t like fish. Other, tasty dish was creamy stewed chicken, also very good. Drinks provided and plenty, alcoholic as well though these were very hidden, not displayed on trolleys, and only discretely handed out. Bus gating in Bangkok from aircraft to terminal was an anti-climax of and otherwise very good trip.
8/10

✅ Trip Verified | Taipei to Bangkok. Both flights on time. Note there is no more Thai lounge in Taipei, but they use Plaza Premium, which looks nice, but lacks in food and beverage offerings. As for the food on board - some good, but one beef meal had really dry and tough meat. Planes look very dated. Service was, however, gracious and professional.
9/10

✅ Trip Verified | Manila to Bangkok Suvarnabhumi. All in all, I would definitely fly this airline again. In fact, I'm going to actively try to book it over others when I'm going back to Thailand or its neighbors assuming the price difference is minimal. Check in was smooth in Manila airport despite a decent sized queue and not too early-just on time arrival in the terminal. Boarding and sitting was pretty organized. The plane was well maintained and I enjoyed the leg room considering I bought a fare that was around the price of a budget flier. The crew was not just efficient in service but very helpful in the passengers' needs. Meals were enjoyable and I actually finished the rice. (I usually skip it and just eat the main itself). IEM was alright, a bit above average I would say. You can tell they update it. My one hiccup is it was pain to reach customer service(at least in the Philippines) before my flight as I had wanted to make adjustments. For whatever reason, I find Thai Airways to have a certain character and charm to it in every step, I guess just like their home country. From their very accommodating crew to the plane itself. A very underrated flagship.
1/10

"disappointed by the attitude"

✅ Trip Verified | Chiang Mai to Ho Chi Minh City via Bangkok. The first flight from Chiang Mai was late, when we arrive the gate closed and staffs at the gate advice to contact transfer desk. That's when we feel really disappointed by the attitude of staff. They say, "you come back tomorrow, no more flight today". Only when I ask where can we stay, they pointing their finger upstair. Then they tell us step aside for next customer?
2/10

"experience was below average"

✅ Trip Verified | I recently flew business class from Bangkok to Phuket. The experience was below average. Firstly the Royal silk lounge was crowded poor service a really poor range of food including slices of pizzas baked last week it seems; Sandwiches that must’ve been prepacked before Christmas and a poor range of drinks. The aircraft itself was a Boeing 747 from the 80s we still had much of the regional equipment including those old red blue green projectors and pulldown screens! Boarding was chaotic with lines all over the place and to check-in staff for around 400 people that each checked your passport before anyone so boarding time to look in excess of 40 minutes. Why Thai would use a 747 to fly just an hour and a little bit more to a domestic location is beyond me. The plane was very tired and really poor entertainment system. There were no headsets and staff said because it was a short flight they would not be providing headsets. We were not offered any alcohol just water ice tea or orange juice. The Steward seems so early and unhappy not the characteristic expectations of Thai airlines. Yes I understand this is a short flight but all that was offered was one choice of meal which was salmon on white bread with wasabi and a side salad. Too bad if you were vegetarian or didn’t like salmon, my partner could not eat anything on this flight because of that choice. No explanation about why that might not of been a few more choices. You think Thai Airways would make it up with some really good service? Know the stewards were a little bit surly and not very happy about doing this service. 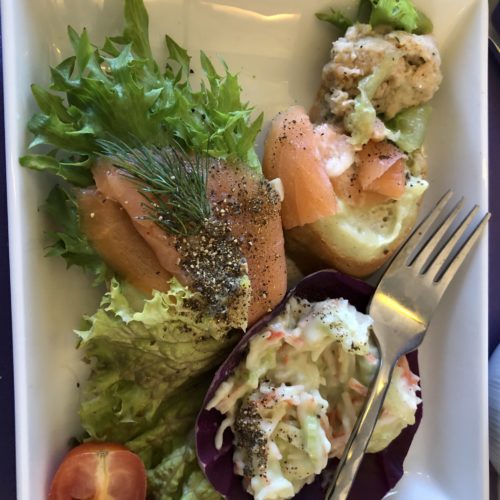 "the window blinds were lowered"

✅ Trip Verified | My wife and I travelled business class on Thai Airways flight Bangkok to London on Friday 24 January. Despite being a daytime flight leaving Bangkok at 13.20, soon after a nice lunch the window blinds were lowered and cabin lights turn off. When questioned, the excuse from the crew member was ‘some people want to rest’. This ignored the fact that clearly most people didn’t - as could be seen from their active tv screens. And those who did could have used an eye mask rather than have such an unreasonable experience on everyone else. I understand they do the same on the reverse leg, but thankfully we escaped making the discovery. Other than to bring hot towels and give out bags of popcorn, the crew did no more than serve two meals. The rest of the time they hid behind curtains with there being one period of some 4 hours when no one passed through the cabin. And at no point did we receive proactive attention or even have an engaging conversation that would have made us feel welcome and valued. The seats were somewhat narrow, with less than satisfactory control of the recline feature and here was no optional mattress. Having travelled between London and Bangkok every year for the past 8 years, we had decided to try Thai Airways for a change and with positive expectations. Sadly our experience was the very opposite.
10/10 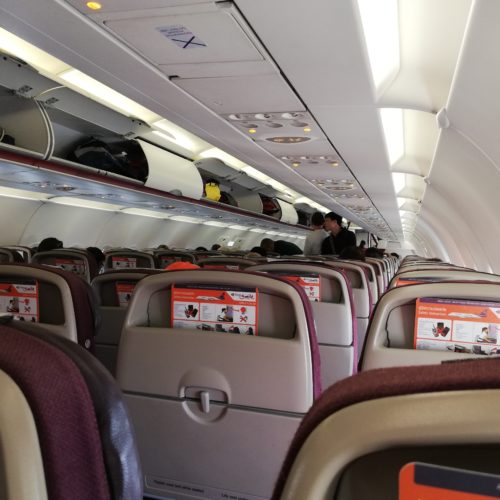 "worst airline I have flown"

✅ Trip Verified | Bangkok to Sydney. Thai Airways is the worst airline I have flown. How old are their international fleet? I could not sit in the seat without a pillow behind my lower back. The staff were rude to me. The inflight entertainment and my food were both mediocre.
1/10

"second flight will be cancelled"

✅ Trip Verified | Bangkok to Phuket booked for June 2020. I have a return flight and if I don't show up for my first flight the second flight will be cancelled. I advised that I cannot make the first flight and they will not allow me to travel on my return sector. The only way a customer can avoid this type of issue is to purchase individual tickets for each sector.
41 to 50 of 899 Reviews