✅ Trip Verified | Truly terrible customer service. Flight was changed and never received my refund. Called up and spoke to someone after being on hold and said the refund was due. It's been a month without receiving my refund and have been on hold multiple hours trying to fix this. Don't save money on cheap flights, not worth it if it goes wrong.
10/10

✅ Trip Verified | The A321neo was fully booked, I got an emergency exit row seat, cabin crew was professional and very cordial, the aircraft was well cleaned and new. Can't really say anything bad this time. 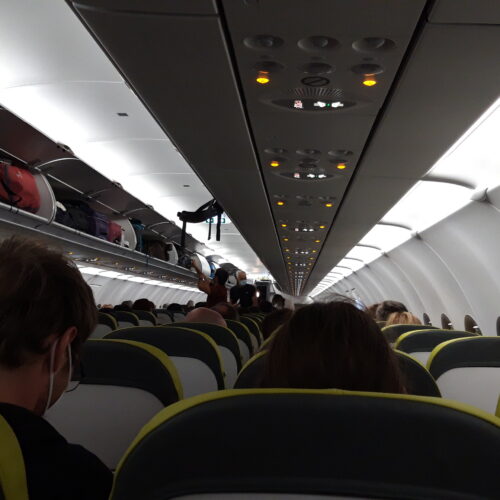 "rebooked me on a flight a whole week later"

✅ Trip Verified | I booked an intercontinental flight weeks in advance, from Chicago to Brussels. It was an insanely expensive flight, but I bought it so I could spend time with my wife, which has been scarce recently. Everything was fine until a few hours before I was initially supposed to take off. They emailed me saying that there have been some changes to my itinerary. I have gotten these messages from airlines before and they usually change the departure time by 5-10 minutes, no big deal. Well TAP informed me that they cancelled my original flight, and rebooked me on a flight a whole week later! No explanation, nothing. Just a nice informational email. Oh, they were kind enough to mention that if I take my initial flight a week later, I will miss my connecting flight from the week before. Good eye. This new flight obviously does not work for me, or my wife who started crying. I requested a cancellation and went to look for a new flight with a different airline. The cancellation went super smooth. The refund not so much. I read their terms and conditions which state that they have to refund me the whole amount. Now all I can get is a voucher for TAP Airlines, which I absolutely do not want! Good to know that during this whole time, I have not been able to get through to customer service: office in Europe, office in USA, messenger, nothing. I called for hours - nobody picked up. Or when I think I got through to someone, they hang up on me without saying a word! Not even an acknowledgment that they exist.
2/10

✅ Trip Verified | Terrible luggage management!! I flew from Hamburg to San Francisco on July 11, 2021 with TAP Portugal. The flight was great! But when arriving at San Francisco airport, my luggage was not there. I could not find any TAP Portugal representative to know more about my luggage and had to spend about an hour at the luggage customer service. There they told me that my luggage would not arrive and that they could not locate it. After multiple phone calls on the next day and day after, they finally told me that my baggage was still in Hamburg and was never put on the flight with me (even though I checked in the luggage 2h before the flight). This was the beginning of a nightmare because they could not send me my luggage in San Francisco before the following Thursday, however I had to fly to NYC on this Thursday for business. Instead of directly sending my luggage to NYC, TAP Portugal decided on sending the luggage to San Francisco before sending to NYC. Unfortunately, the airline has mixed up the baggage and sent mine to Sacramento! They now plan on sending my luggage to San Francisco first and then NYC today (6 days after my flight). I definitely don’t recommend this airline because of the luggage management! I have called over 15 times with them, told my story every time again, trying to get my luggage back! The most critical is that I will start working for a luxury company next Monday and do not have any professional outfit (since I had everything in my baggage)!! I do not have any toiletries with me either! I have asked TAP Portugal how much I could spend to buy new outfit and toiletries, they told me they could not find a limit, and they could not find how much I will be reimbursed! Honestly disappointed and hopping for the best to get my luggage tonight.
3/10

"I will not be using TAP again"

✅ Trip Verified | I will not be using TAP again. The experience started in the airport at Ponta Delgada in the Azores. After having carefully read all the requirements enforced by the UK government and having subjected myself to the test and outrageous fees required by same, I arrived at the counter for my flight where are the check-in staff argued with me for 25 minutes about whether I had the correct documentation as required by the UK for reentry. Eventually, after I pointed out multiple times what the current guidance from the UK is is and show them all the receipts I had including a bank statement, I was giving my boarding pass. As I am unable to climb stairs and I had requested handicap assistance for the flights. The route was from Ponta Delgada to Oporto, where I had reserved a hotel room for the rather long layover between both segments of the flight. My wheelchair attendant in Ponta delgada was wonderful and was the highlight of the trip. Once on board, the fun ended. The first segment was being flown by an A320neo with less legroom than either Ryanair or Wizzair, but at thrice the price. Add to the outrageous price the fact that there was no catering on board except items to buy at very high prices which was indeed disappointing. The cabin staff was very friendly on both segments and very attentive. However, the leg room was so tight and the seats were the new thin non reclining type. I mistakenly assumed that this was part of the a320neo kitting of the cabin, and hope that the flight from Porto to London Gatwick would be better. After a restful night at a hotel near the airport I arrived well ahead of my flight as sometimes when you request wheelchair assistance it takes a lot longer to be seen to. After checking in - this time without an argument from the desk - I was told where to wait for assistance. In due time young woman showed up with a wheelchair, talk me through security to passport control which was unstaffed at that time. There she rather unceremoniously dumped me and said she would be back in time for my flight to take me aboard the aircraft. She never returned. Wheelchair bound and unable to move easily, I was a captive of TAP Portugal and Porto airport. Boarding time came and went as I grew more and more nervous. Finally, 10 minutes after the gate was supposed to close, a man from the wheelchair assistance program often puffed up to me and apologised profusely as apparently I had just been forgotten somehow. He then explained that the flight had been delayed buy 25 minutes for unknown reasons and that I would still make the plane as he pushed me through the airport at breakneck speeds. I thanked him for his trouble and made the flight back on time. Much to my dismay, the A320 - this time not a neo - had exactly the same, torture seating as did the previous plane. Joy! Another 2 hours and 15 minutes of sheer bliss. Again, cabin personnel was excellent which was not hard to be, as the flight was only half full. 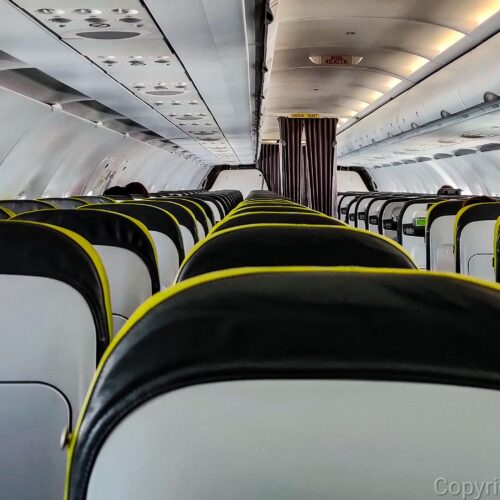 "I did not receive anything for my money"

✅ Trip Verified | I booked my ticket back in February 2020, for a September flight. They kept changing the flight and the times they were giving were not good for me, I had to be there by a certain date due to an engagement I had there at my final destination. Unfortunately Covid hit and I was not able to travel out of the country. They credited me but only partially as they claim the ticket was non refundable, this cancellation was not my fault and I should have gotten a full credit. I also paid for my luggage for both ways at $85 each, when I spoke to them they also told me the luggage going was not cancelled in enough time and I could not get my money back, but they would give me my money back for my luggage coming back. Today is July 2021 and I have not received it, every time I contact they tell me I’m going to get it but there are a lot of requests. This airline is horrible, I could see if there was not a pandemic and I choose not to fly but this is not the case. I believe that they push you off like this figuring that you will stop and they keep your money and that’s the end. I did not receive anything for my money.
3/10

"Gate was closed 1 hour prior to departure"

Not Verified | Gate was closed 1 hour prior to departure. When we arrived at the Gate during "Last Call", the Gate was already closed. We were checked in with our luggage and everything. There was no call, nothing. When I indicated that there is still "Last Call" on the information the employees on the gate pressed a button and then it changed to "Gate Closed". We needed to wait 10 hours at the airport, book a new flight and pay it by our own. TAP did not react to any complaints. I would not suggest to use this airline.
1/10

"They canceled our flights multiple times"

✅ Trip Verified | I bought our tickets in advance, before covid. They canceled our flights multiple times. I asked for a refund instead of voucher, but my case is still in process. TAP is unfair, unreliable. Never buy a TAP flight ticket.
1/10

✅ Trip Verified | I had to cancel my trip due to Covid-19. It was a non-refundable ticket but when I cancelled I was informed that credit would be extended because of the circumstances. However I had no specifics regarding the deadline. Once travel was possible again, I learned that my credit expired in January 2021, which was before travel was even possible again. Customer service has been extremely unhelpful and confusing. They refuse to give me any consideration and I am out the full fare. I would never use this airline in the future. Extending credit as a “courtesy” during Covid but not giving reasonable time to use it is an empty gesture.
3/10

"can’t believe the level of stupidity"

✅ Trip Verified | Horrible experience coming back to the states. I did one stop in Porto before coming back. They lady at the gate reception wouldn’t let me go through at first because I had a PCR Covid test printed in French. This is unbelievable, I just had the test done and it was clear negative in it. She then proceeded to send me over to the airports Covid testing (which had a huge line) if I had that done there I would’ve surely missed the flight. All of these unnecessary because I actually was never told that I had to print the result in English. Luckily I had the France ministry of health email still and I was able to download the official copy of my test result in both French and English. After that they let me through I just can’t believe the level of stupidity in this airline.
1 to 10 of 1094 Reviews