Sao Paulo to Buenos Aires with TAM Airlines. On time depature and arrival. Cabin clean, crew attentive. Simple breakfast served in a bag, plenty of juices, coffee, etc. Cockpit announcements on take off and landing. Had to deplane by bus, but probably the fault of the chaotic airport. Too much carry on bagagge allowed and not enough space. Why can´t the airline staff at the boarding gate do something about it?
4/10

Miami to San Paulo with TAM Airlines. Chaotic boarding at Miami. Every single passenger had three and four carry on items and nobody could care less. Thus ensued discussions, some strong, among passengers over bin space. Crew could not have cared less. Delayed departure due to catering issue and subsequent delayed arrival. IFE was not working all the time, had to be rebooted. Service dismal and uninterested. The food was acceptable, drinks difficult to get refilled. Not impressed, even though I have flown other TAM flights and have enjoyed them. Not this one.
4/10

Rio SDU to Brasilia on 13 November. Check in quick and breezed thru security. Boarding was delayed 45 minutes for a security issue on the plane. As I don't speak Portuguese it was hard to figure out what was the issue. The gate agents didn't speak much English but I figured out from talking to others what was going on. Friendly attendants on 1 hour 35 min flight. Snack served and drinks twice. Seats are tight but I'm 5'8 so managed ok. Landed 20 minutes late and bag was off quickly. Decent flight, and TAM is pretty consistent on domestic flights in Brazil - delays but no cancellations at least.
5/10

Manaus to Recife, returning Salvador da Bahia to Manaus, It is 2015 and their service is more appalling than ever, staff still unable to speak another language than Portuguese, several foreign travelers seeking information were dismissed by the staff. Planes are new and cabin recently renovated, they no longer serve sandwiches, just some toasts with soft drinks, sometimes they don't serve anything, even on flights longer than 2 hours. They are now cheaper than their competitors, most of the time. I was surprised that all flights left on time, that's something rare for TAM. Will fly them again, but only If I don't have a choice. 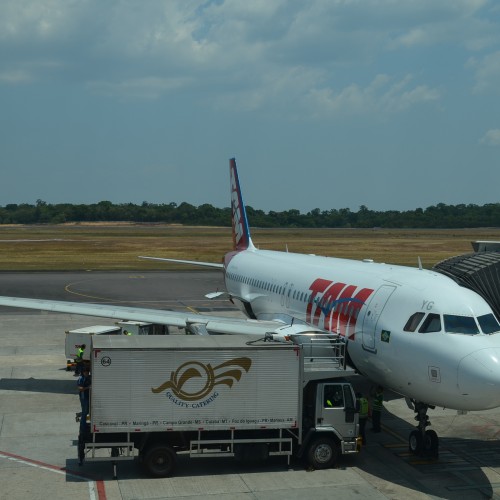 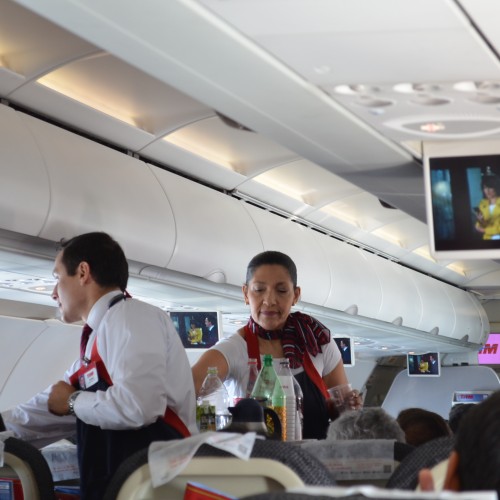 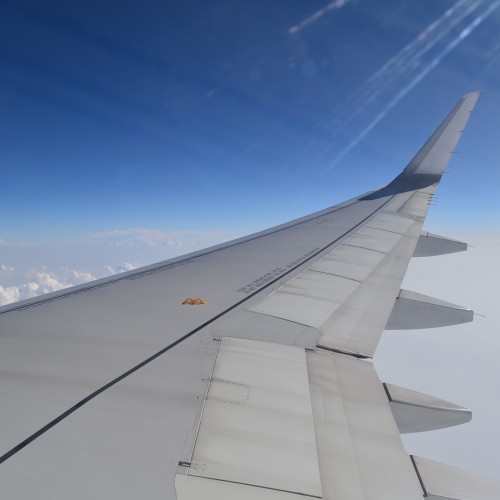 "excellent from start to finish"

New York JFK to Rio de Janeiro with TAM, and excellent from start to finish. Online check in was smooth - connected from AA flight from ORD and bags tagged all the way to Rio.AAdmirals lounge at JFK was a warm welcome from everyone Gate agent for TAM friendly and personable, boarding a mess but that is typical of flights to Brazil. Boeing 767-300 Business cabin was very nice - just like LAN (which makes sense since they basically own TAM) - seats are fully lay-flat and have plenty of room. AVOD is excellent with movies, TV and music selections. Flight attendants were smiling and assisting passengers. Dinner was high quality steak and veggies, salad, starter and ice cream to finish it off. Landed on time and immigration was quick. I was nervous as I hadn't flown TAM except within South America - but I would pick them over AA/UA/DL/CM/AV anytime going.
3/10

The service offered by TAM is absolutely poor. The booking process is difficult particularly if you are a foreigner and hasn't got the TAM Fidelidade, and on top of it if you select a different language you pay a higher or lower price and also its pricing policy is confusing changing almost on a daily basis despite the fact that you are flying from and to the same airport. It does not give you the possibility to select a proper meal if you hold their frequent flyer card and you fly in economy class eventually you risk not have food for you as generally they run out to the choices offering you the left over. That happened to me twice this year because I tend to seat back at the end. Their inflight entertainment is not far from the other airlines although their touch screen hardly works. Forget about Duty Free, they apply rates in USD$ despite the fact the Brazilian currency is real, much cheaper, therefore the exchange rate applied is exorbitant. The crew is okay but some of them give out the impression to be afraid to speak out.
8/10

London to Rio de Janeiro via Sao Paulo. This is my first time flying with TAM. Ground staff informed that I needed to recheck-in my luggage on arrival at Sao Paulo for my final destination at Rio de Janeiro. My connecting flight was just over 2 hours but due to a delay from LHR to GRU, it was only 1 hour and 45 mins to catch my next flight out. The good news was domestic check in from international connections was just beside the arrival hall at terminal 3 before proceeding to terminal 2. After boarding, was given toffee sweets which was a nice gesture. Amenity kit which includes socks, comb and pen were provided. The seats were fine but are cramped in comparison with Cathay and Singapore Airlines as the seating configuration for TAM's B777 is 10 across. Food was delicious. Inflight entertainment good but there was limited choices of movies and TV series. Throughout the 12 hour flight, rarely see the cabin crew offering drinks or food in between meals. Cabin crews were nevertheless, helpful and cheerful to serve the passengers.
1/10

I can't ever recall a more incompetent airline. TAM Airlines made changes to our reservation and I needed to organise a flight change that suited our schedule. I called the toll free number in the US to do this and reached a TAM/LAN service centre. Remarkably they told me that the representative works for LAN, not TAM, and that there is nobody available that can speak English to handle the matter. I then called Brasil to resolve the problem, and I did get an agent who speaks English however the agent has no authority to change tickets (she works for LAN and is based in Colombia), and she created a case number and told me someone from TAM would call me within six hours. No phone call received within three weeks. Also worth mentioning I am Oneworld Emerald, which of course makes no difference to anyone in TAM. This airline does not deserve to be in Oneworld. No question every new booking in Brasil will be with Azul, which is easy, comfortable, user friendly and is the jetBlue of Brasil.
7/10

Santiago to London via Sao Paulo with TAM. A lovely new lounge at Sao Paulo. The TAM Airlines inflight service and food was very good. What really annoys me about TAM though is that every time, with no exception, when checking in online, I find my pre-assigned seat has been changed for no apparent reason. I've just checked in for my return flight and found that once again the seat has been changed.
21 to 30 of 226 Reviews