Not Verified | My friend was checking airline reviews and was hesitant to fly Swoop because of bad reviews. I was shocked! I fly swoop all the time and only once had a bad experience, but that was at the height of the pandemic when they cancelled my flight and instead flew me into Halifax, a larger center here in the Maritimes. Considering they are about 1/3 the price of the ‘big’ Canadian airline, they are fantastic. Yes they charge for everything, but even with all the extras are still much much cheaper than AC. I prefer seeing my family in Ontario 3x per year instead of once. Swoop is how I can afford that!
2/10

"still waiting for that refund cheque"

Not Verified | We had booked to go to Vegas. We were suppose to fly out March 16, 2020. Then convid-19 hit. We cancelled our trip as we were not going to risk our lives. Swoop would not refund the ticket, just give us a credit. Then covid-19 as we know did not go away in a year. So Swoop offered a refund in October of 2021. So we of course took that option. We are still waiting for that refund cheque. After numerous letters to Swoop customer service, reaching out to BBB and CTA, absolutely nothing is being done. It is just a big run around.
2/10

✅ Trip Verified | I've flown with Swoop 4 or 5 times over the past 5 years and I've never had much trouble with them. It's inexpensive and it does the job, that's all I need. I've used the same 30 liter backpack for 3 of those 5 flights with Swoop and it's always been accepted as a personal item, I purposefully pack light. When I booked the flight, the additional cost for a carry-on was something like $45, but, since I've travelled with this backpack on Swoop many times before, I knew I'd be fine with declining the fee for a carry-on. When I checked in at the airport the morning of my flight, the Swoop employee had me place my bag in this measurement tool - which was highly problematic and arbitrary because my pack was slightly too large one way but considerably smaller than required in another way. The guy charged me $69 for it. A little later I passed by another customer who had been behind me in the check-in line who had a much bigger pack than me. He told me that he wasn't even asked to place his pack in the measurement tool, let alone charged for his pack. He let me take a photo of his pack so I could go back and show the employee to try and get my money back. Well that didn't work. He told me to try the customer service number if I wanted a refund. A few days later, after waiting on hold for over an hour, I got through to customer service and explained the situation. They said that the employees have discretion to ask some customers to measure their packs but not others. So for some arbitrary reason I had to pay $69 for my backpack which they've considered a personal item 3 times before, because they deemed it a carry-on, even though the total volume of the measurement tool was larger than my pack (my pack was only too large in one dimension, smaller in others) and other customers with larger packs didn't have to pay anything. That's ridiculous. If I had known my pack could possibly be considered a carry-on I would've paid for it at the cheaper price of $45 when I booked my ticket. Absolutely ridiculous and a bullying money grab.
1/10

"their customer service is non existent"

✅ Trip Verified | Customer service is non existent. Never before have I tried calling an airline, just to be met with 16 hours of waiting for someone to answer over a span of 3 days. The recording says it's easier to get ahold of someone via social media DM than talking to a human on the phone. How is that even acceptable? The website was completely bugging out when I was trying to change my return flight due to a family emergency, so I wanted to talk to someone to get that sorted out asap, to absolutely no avail and 16 hours wasted sitting on hold. I did get ahold of someone on Instagram (a day after messaging) and they were 0 help, they didn't answer any of my questions and provided no feedback to any issue I stated, they told me to just go on the website and change it myself. Did they not even read my message where I explained "the website does not work, it will not let me select a new flight"? This airline was a last minute choice as it was the earliest and only direct flight available, it was over $500 cheaper than the next nearest flight. The crew on the plane were kind and the flight was smooth. It's just their customer service is non existent.
1/10

✅ Trip Verified | Poor customer service, absolutely no additional services (won't even provide free water on board), delayed departure (and no explanation offered), very slow to deliver baggage. Not worth perceived savings. Swoop also doesn't partner with any other airlines, so there's no option to fly with a partner if something goes wrong (like what happened with our outbound flight). Don't recommend. I give them a one because we arrived safely, but that's it.
1/10

"they did not allow us to board"

✅ Trip Verified | Edmonton to Hamilton at 11:10am on 18th feb 2022. Me, my husband and my brother in law were travelling together. We checked in 9:50am. At security they put our one bag separate for detailed checking it took some time and we reached at boarding door at 10:50am still 20 minutes to flight but they did not allow us to board. They said they closed the doors but we still had 20 minutes. Staff was so rude with us. We requested them but still they did not allow us. Please don’t waste your money on swoop. Swoop staff at Edmonton airport is very rude.
1/10

✅ Trip Verified | The airline is grossly overpriced they may allow you to buy a cheap ticket but any baggage will be at an extra cost including carry-on. I flew with WestJet from Toronto to Cancun prior to using swoop. Swoop is owned by WestJet. I had an oversize bag that they charged me an extra hundred dollars flying with WestJet. I assumed when I flew a swoop it would be the same. This is not the case they said that my baggage exceeded their oversize baggage limit so I needed to unpack some of it luckily I was able to unpack into a backpack that I had brought as well. I then had to pay an oversize bag charge which was over $100 I had to pay to check the backpack which is another $60 and then I had to pay for my guitar which I could normally bring as a carry-on all and all I paid over $300 for my luggage also I got them to Put a fragile sticker on my suitcase and my backpack. My computer was in my backpack and now it’s completely destroyed. I spent over $1000 Canadian on a plane ride that would normally only cost me around 300. Please never use this airline. 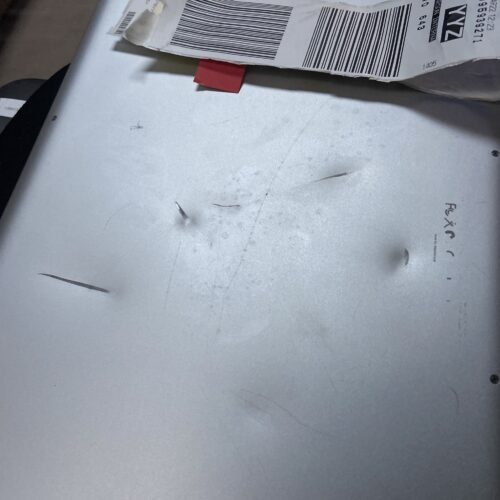 "would not issue a refund"

✅ Trip Verified | I will never book with your company again. We had booked a trip pre-COVID. Swoop changed our flight times/days multiple times. The last change had us flying out of Hamilton airport and arriving in London ON. Swoop maybe you can explain to me how we are supposed to retrieve a car from an airport over an hour away. We were forced to cancel our trip due to this change. You would not issue a refund because “we cancelled” and now you will not even extend our credit. I hope everyone reads these comments and realize the savings are not worth it. We will never book will never book with you or your parent company Westjet airlines again
1/10

"Never fly with them"

Not Verified | Swoop is bad. Never fly with them. We were supposed to fly to Mexico at 8:45am and they sent an email at 4:35 am saying that the flight was cancelled which is not enough time to notify out of town people like ourselves. They did rebook our flights for the next evening, but we’re losing 2 days at our resort in Mexico. We were offered $30 dollar food vouchers for our troubles but that will not cover food for two days, plus they’re only good within the airport. Don’t fly swoop
21 to 30 of 542 Reviews