"the service was what was expected"

✅ Trip Verified | I had booked this flight a month before flying as it came at a very cheap and reasonable rate. The web check in for the flight was fine and I had opted for the auto seat selection without getting charged a fare for seat selection. So the boarding pass was given to me 12 hours before departure. The check in and baggage drop was smooth. The boarding started a bit late but we made up for that en route. Noted that I was flying on a 737 Max 8 type aircraft which had much bigger overhead storage bins and the seat pitch on board was on the generous side which was appreciated. Also the plane was much quieter. However when boarding, most of the flying attendants were busy working in the galleys and were not wishing the passengers which was rather unusual. Also it was observed that in the back of my seat pocket, the safety card was not present which was not good at all as this document is very necessary. The safety instructions and general service also seemed to be rushed on board the cabin. It felt as though the staff just wanted to get things through. Perhaps these factors along with the lack of staff friendliness highlight the issues that the airline is going through at the moment. It is to be noted that there is an onboard wifi named SpiceScreen which one can connect to their mobile devices free of charge. It had a decent selection of movies / podcasts / magazines which was much appreciated. The flight landed on time and baggage collection was done appropriately. On the whole, for the cheap fare that was paid, the service was what was expected and it's true that even though the airline is going through challenges, there are definitely aspects that should be taken care of.
1/10

"It was the worst check in"

✅ Trip Verified | SpiceJet really needs to start managing it's check in counters better. No person available to guide passengers to empty counters, people moving from one counter to the other haphazardly in order to check-in faster. It was the worst check in have experienced. Please please please- don't make already exhausted people so angry that they snap at the staff on duty. The airline has value for money but does it mean we need to ignore all the other stupid mistakes that they make?
1/10

✅ Trip Verified | SpiceJet flights are always late and passengers have to suffer to delays. Each time delay happens from Patna. The delay exceeds up to 8 Hrs. Very bad response from SpiceJet. 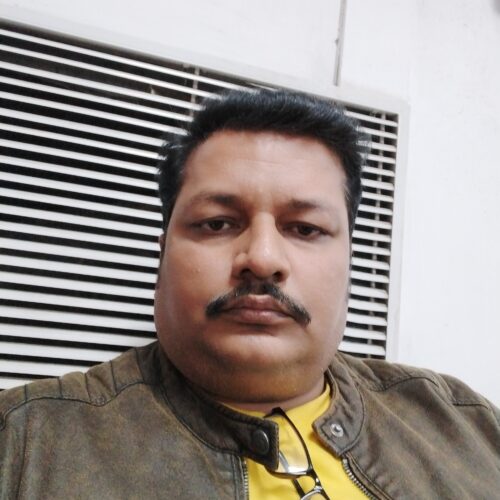 "I didn't even get to my flight"

✅ Trip Verified | I didn't even get to my flight. It was a transfer flight and there was no information shared with me at all about online check in or that I had to check out and check back in again on my transfer flight. They only sent me a whole lot of promo mails which besides that it's annoying makes it hard to find the actual important mails in your inbox. Besides the all the promo mail, there wasn't any mail about online check in or that I had to check out from my transfer and check back in. Instead they let me all the way through to the gate and told me on the last moment that I was supposed to check out and back in. And the website was also not clear in that (I checked). I took a sprint to the check out and went back in, but check in was closed and they didn't do anything for me other than telling me that I should have known somehow. No (partly refund), no later flight instead, nothing. Only telling me that I should have known somehow what the procedure is and pointing to the terms and conditions part on my e-ticket, which by the way says nothing about checking out and back in in a transfer flight. Be aware of this. No spice jet for me anymore.
1/10

Not Verified | The worst flight ever. My flight got cancelled and they told 1 hour before the estimated time. Never recommend. It's not the first time they are taking off this flight but still they made sure that customers are made waited and then eventually cancelled the flight.
1/10

Not Verified | The flight timings was 1.10PM to start from Bangalore to Shirdi but we are waiting in the airport still its 5.25PM. No proper communication nor the exact timings given for the fight. This is the worst customer experience. We are waiting from 8 hours in the airport. When the flight is booked for afternoon but the flight is not arrived even after 6 hours from the scheduled time. Never will use SpiceJet nor recommend for others. Very bad experience.
1/10

"There was a lack of clear communication"

✅ Trip Verified | I recently had a bad experience flying with SpiceJet due to significant delays and poor communication from the staff. My flight was initially delayed by several hours due to a mechanical issue, and the staff did a poor job of keeping passengers informed about the situation. There was a lack of clear communication about the cause of the delay and what steps were being taken to resolve the issue. Furthermore, when the flight finally did depart, it was further delayed due to additional issues with the plane. The staff did not seem particularly concerned about the impact of the delays on passengers and were unapologetic about the situation. Overall, my experience with SpiceJet Airlines was very disappointing and I would not recommend flying with them in the future.
1/10

"It seems that SpiceJet has a new business model"

✅ Trip Verified | It seems that SpiceJet has a new business model: Selling people a cheap flight, annulate it and keep the money. Twice I had an annulated flight and the right to get my money back. The first flight it took me almost two months to get my money back and for this flight its impossible to reach them. Choose Indigo, we had several flights with this company, strictly on time (Dutch CEO).
6/10

✅ Trip Verified | SpiceJet is currently least preferred airline in India but as getting a good deal in last moment and schedule suits me go went with them. Overall experience was ok, certainly not bad. Flight departed on time and reached before time. As its a lcc so no meal included and nothing much expected. The aircraft used was on wet lease from Corendon airlines so even flight crew was from corendon, as they didn't know Hindi so that was a language problem with few passengers. Seat confirmation was same as Boeing 737 operated by spice jet, legroom was just ok for small route.
1 to 10 of 544 Reviews