Not Verified | Southwest has now stated that they do not have to notify you of a change in flight status. Booked a flight July 1 for Sept 19. SW changed the flight Aug 3 without notifying anyone. Found out 16 hours before leaving that flight was changed and now I will miss the wedding due to the change. They could put me on Delta and I would make it in time but they are not willing to do so. Why should I have to pay 3 times as much because they did not notify anyone anyone (this was verified by their agent). They refer me to contract of carriage page 43 para 3 stating that they have the right to change flights and will notify as soon as possible. Well they had from Aug 3 to Sept 18 to notify me yet the only way I found out was Sept 18 when I went to pre board. Their response was oh too bad that we did not notify anyone of the change. They should have put me on the Delta flight at their expense. They had 46 days in which they could have notified people of the change. Will never fly Southwest again.
1/10

"the last time I fly with Southwest"

Not Verified | I got a notification e-mail the day before my return flight that my flight was cancelled. I called the airline, and it was hard to understand the agen during the full phone call. When I repeatedly asked why my flight was cancelled, the only reason he could drum up was that my flight was "not ticketed". What in the hell is that supposed to mean? I payed for a higher class ticket so that wouldn't happen. Then he tells me that I'm getting a refund for my return flight. Let's say it's $450. But then he sets me up with a new flight, on the same planned day, with a different airline, that costs let's say $870. How does this make sense? This not only is the last time I fly with Southwest, but it's the last time I fly PERIOD. I'll take a train or rent a car.
1/10

✅ Trip Verified | The absolute worst experience! I have flown with SW about 12 times since the COVID disrupted our world. This day was humiliating to say the least! Once onboard I had my face mask on as requested. I had lowered the mask below my nose while my mouth was still covered to take a couple of deep breaths before take off. The female flight attendant was walking past and immediately reprimanded me. I quietly tried to explain what I was doing. Her response was that of a nazi ruler saying this wasn’t acceptable. During the 30’ flight it was time to take my prescription so I ate a snack so I wouldn’t take the medicine on an empty stomach and then took a drink of water. The entire time the attendant was just staring me down. Once we arrived HOU and I stepped off the plane the neo-nazi was standing there and pointed me out to her manager. They then said obviously my health needs wouldn’t be acceptable to fly with them and denied me to make my connecting flight, leaving me stranded 1300 miles from home!
10/10

"reason I only fly this airline"

✅ Trip Verified | I was traveling from Las Vegas to Louisville on flight 5456 on Aug 19, 2020. While in the waiting room waiting to hear my number, I noticed the two Pilots of this flight come out and talk with the wheelchair customers, after which they then pushed their wheelchair onto the plane. I was never so touched by what these Two Pilots did. I have never seen this before and will never forget it. Thanks to Southwest for another reason I only fly this airline.
2/10

"take no responsibility for my loss"

✅ Trip Verified | What happens when your luggage doesn't make your connecting flight on southwest airlines. I was aware my luggage may come in on a later flight and that as confirmed by Louis from baggage claim. I spoke in person to Louis and he called to confirm my bag was in flight to Tampa and would arrive on the 10pm flight from Memphis and that I would get a call when it arrived. According to him my bag would be held in the baggage claim office for me to pick up. I received a call around 10pm that they didn't have my bag yet and would call me when it came in. The following mid afternoon I received a call that my bag was thought to have been stolen off the baggage belt. Knowing my luggage would be there at 10pm, is it to much to ask that it be secured in the baggage claim area? The associates failed to do so. I received an email that Southwest took no responsibility for my loss and I might file a claim with a secondary insurance if I have one. Thanks for the advice! The value of my Pro travel bag and contents is more than $3500. Of which it looks like I am plain out of luck! Through no fault of my own my free checked bag is ending up costing me over three grand. Southwest sent me an email stating they take no responsibility for my loss. Well failure to secure and protect my belongings makes them totally responsible. If my bag was in the office it couldn’t have been stolen. Sorry for trusting a company that obviously doesn’t really care about its customers. 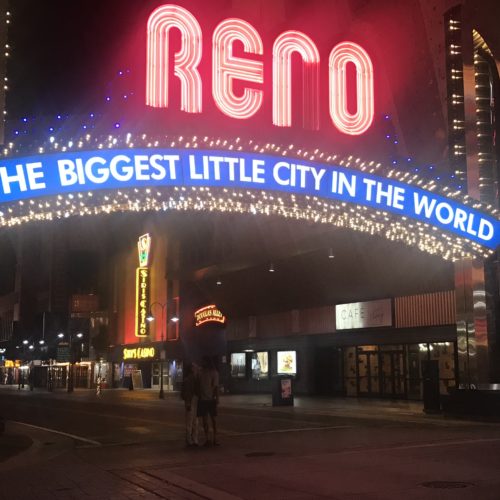 "Customers are not the enemy"

✅ Trip Verified | Apparently Southwest’s new slogan is, “If you don’t comply, you do not fly.” Forget “Welcome Aboard” or the “Somebody Up There Who Loves You.” Southwest staff have always been considerate, pleasant and hospitable. No more. Now they are mask enforcers - thoughtfulness is over. Yes, we need to wear masks. We get it, but there is a way to manage it. Yelling at your paying passengers and repeating “If you don’t comply, you do not fly” fifty times is not it! There is a kinder way to enforce the mask rule. Customers are not the enemy. We are the people showing up helping Southwest stay in business. Flying is difficult enough now. Southwest used to be the friendly airlines with people who liked their jobs and their passengers. No more.
1/10

"It has been horrible service"

✅ Trip Verified | This is a review of Southwest customer service. I had to have a representative book my husband's return flight after a three week battle over Rapid Rewards points I'd purchased. That battle was more than enough; multiple calls, points never showing up, had to purchase the points again. I wasn't able to book the flight myself because of the points situation, so I called in. I told the representative I needed to book my husband on my flight. The itineraries were related and my flight was in the system. She said she put him on my flight. She did not. When I opened the email about an hour later, I realized it was the wrong flight. I tried to call; they close at 3 pm AZ time. I called the next morning thinking it was very annoying to have to call again but that they would change it. To my surprise, I was told they were not going to change it and I could pay the difference to switch him to my flight. A $478 difference on a $91 flight. They are insistent that they will do nothing even though it is abundantly clear that the representative blatantly booked the wrong flight. They do admit she booked the wrong flight and never told me which flight she booked, but it was my fault for "not checking." Stupid on my part, but I didn't realize I needed to check the work of a representative in the highest customer service department of the airline. It is shameful and disgusting and I'm going to have to cancel my trip. It has been horrible service on top of horrible service that has gone on for almost a month. Not sure I'll ever fly Southwest again, which is a shame because it used to be my favorite airline.
5/10

✅ Trip Verified | Everyone has to wear a mask. So, a woman sat in my row with an empty seat in between. She took her mask off the whole flight. Not one stewardess said one word. They looked straight at her. I feel they jeopardized everyone on the flight, especially me. I was going to see my elderly mother. I would hate to pass anything to her while I am visiting. I am very disappointed in Southwest.
10/10

"pilot went above and beyond"

Not Verified | Today, on 08/22/20 Flight 1541 at 07:40am, a Southwest pilot (never revealed his name) went above and beyond for a 12-year-old who was extremely terrified flying the first time by herself (yes, she thought she was brave enough to do it). The crew tried to calm her and she continuously screamed that she wanted to go home. One flight attendant held her hand, everyone tried to calm her, and the pilot apparently let her into the cockpit (prior to taxi away) to hopefully ease her fears. She eventually calmed down. The same pilot then proceeded to escort her off the plane, bought her breakfast from Chick-fil-A, and took her to her next gate! I can't even begin to express the gratitude. I would write a letter of appreciation to the CEO if I knew who he was, I spoke with him while I was on facetime with her. Although I'm sure that the crew was probably at the brink of putting her off the plane, they comforted her and completed their flight. I love Southwest, always have!
10/10

"really nice gesture on her behalf"

Not Verified | We went to the airport to pick up a minor from a flight from Atlanta, and we were talking about the fact that we wanted to make a sign to welcome my grandson home, and the agent informed me that she had some construction paper and a marker and let us pick and make our signs, since she wasn't busy and there were no lines. We thought it was a really nice gesture on her behalf, that she was able and willing to help us out.
21 to 30 of 1173 Reviews