✅ Trip Verified | Stansted to Ivalo. Flew with Small Planet to go and see Father Christmas - delayed by four hours coming back with no information or updates. Claimed for food that we had to purchase, it is a year ago now - I received an email stating they had received my complaint and would deal asap. Have chased them three times now and never get a reply. Staff were surly, plane was dirty and there was no food available on the flight as they had run out of everything! Avoid at all costs.
1/10

"recommend never flying with them"

✅ Trip Verified | Rhodes to Amsterdam. On my return flight my suitcase was destroyed. I filed a claim, and more than 5 months later I still haven't been able to get any word from them. Only automated e-mails telling me that they are very busy. Not even 1 human response, let alone an evaluation of my claim. Small Planet Airlines must have the most inhuman customer service I have ever encountered in any business. I would recommend never flying with them at all, because anything you want from them, other than the actual flight, will not be given to you. 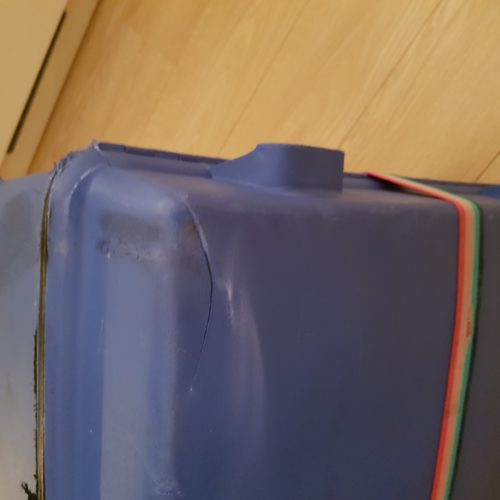 ✅ Verified Review | On time departure from Larnaca to Leipzig. Very friendly crew. I was surprised that 3 of them including first officer was from Greece and Cyprus. Very nice and colorful aircraft that makes your day. Wind in Leipzig was not calm it was about 20 kts. Perfect landing. 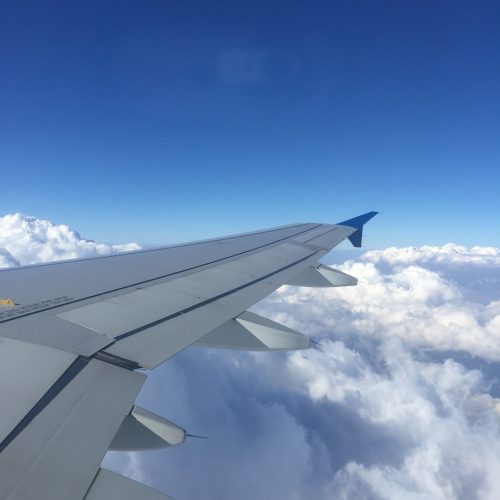 "had no issues whatsoever"

✅ Verified Review | Amsterdam to Heraklion. Low cost budget airline in our case chartered by Neckermann. Tickets were very cheap, but the service not! Good service departure on time friendly personnel. Seating tight but thats the trade off for cheap tickets. Airplane registered in Germany so safety and maintenance should be ok. We had no issues whatsoever.
10/10

✅ Verified Review | Flew Lublin to Heraklion. Very comfortale trip, without delays, friendly, helpful and professional crew, good amtosphere on board, everything fast and without problems. I felt safe during the journey and I think that I will choose Small Planet for my next year holiday.
9/10

✅ Verified Review | Gatwick to Preveza return with Small Planet Airlines. Our flights both ways could not have been any smoother and the experience was faultless. I didn't try the food so unable to comment but all the staff were friendly and attentive. Would use again.
10/10

✅ Verified Review | Gatwick to Prevesa. We have flown now this route three times with Small Planet Airline since 2015, most recently out on 29.06.17 and back 06.07.17, and consider that this airline just gets better and better. On the latest occasion both flights left on time and arrived early. The aircraft was spotlessly clean and comfortable with smart leather seats and bright multi-coloured headrest covers. The friendly cabin crew were professional and safety aware, whilst the commentaries from the flight deck both before take off, during the flight and before landing was informative and very well executed. For a no frills budget airline the catering was both plentiful and reasonably priced eg. full English breakfast with coffee (if you wanted it) for £7.50. Great to see that this airline has revived the old tradition of offering boiled sweets to all passengers with courtesy prior to the aircraft starting its descent. Based on our experience I would have no hesitation in commending Small Planet Airlines.
2/10

"no respect for customers complaints "

✅ Verified Review | Gatwick to Ivalo return. After a fantastic holiday in Lapland we begun our return Journey with Small Planet Airlines. Due to adverse weather conditions the flight was delayed 3 hours. After 3 hours the pilot said they we would be re routed to Luton Airport. Whilst waiting for 3 hours the airline run out of food and drink. This was a particular concern with small children on board. We were charged for food and drink despite the fact with a delay that long the airline should not be charging for food and drink. When we arrived at Luton we had to wait two hours for our baggage. I contacted Small Planet Airlines to raise a complaint due to the additional costs we incurred having to get home from Luton instead of Gatwick. After having no response for over two months I contacted Small Planet Airlines to see how my complaint was being handled only to be told they did not have my boarding pass. I had supplied this to the company with the other requested document but they had obviously lost this. I received a response from the company but it failed to answer the points I raised in my initial complaint so I contacted them again requesting they respond to the points I raised. Some four months later I have had no response. I have tried to contact the company but each time I am put on hold for 15 minutes then you are automatically cut off. It would appear that this is a deliberate tactic to avoid the complaint being dealt with. I have sent the company several emails requesting they contact me to discuss my complaint. All have been ignored. I have also sent an email to the their chief executive which has also been ignored. The company appears to have no respect for their customers complaints and makes it impossible for them to be registered. I would like to say that the pilot and cabin crew were excellent on our return flight it's just a shame they are let down by such poor customer service from this company.
2/10

"advise you not to use them either"

✅ Verified Review | Newcastle to Ivalo return. Firstly the flight out to see Santa in Lapland was broadly on time. However, there was a significant delay on the way back. We were held in Ivalo airport which is pretty basic at best. On the plane, the crew informed us that the delayed flight was caused by the original cabin crew having excessive hours in the air. The cabin crew that served us had to take a taxi on their day off from Manchester to Birmingham where they were delayed by congestion into the airport. By the time they got to the airport they had already missed the departure slot and no ground staff were available to fuel the plane, hence the significant delay. Now to be fair with the cabin crew on the return flight they were great and really did their best. However on making a claim in December 2016 we are yet to receive a reply. We have tried to call the UK & Lithuanian customer care lines but after about 20 minutes on hold you are cut off. The frustration is you are told that you would be due a refund because of the delay but the lack of response or acknowledgement is just rude. So all I can say is this company are seriously let down by their after sales care and complaints team. I assume they just don't care and assume that if they continue to ignore complaints they will just go away. I would not use Small Planet Airlines again now would I advise you not to use them either.
1/10

"rather walk to my destination"

✅ Verified Review | Gatwick to Santorini. 2hr delay going out but flight was reasonably pleasant, staff friendly and the plane appeared to be reasonably new. Coming back we had the joy of a 7hr delay. The delay itself wasn't too grim (it was during the day and was spent in a taverna up the road from the airport rather than the tiny departure lounge). We eventually left on a plane which had clearly been sourced in a hurry that looked like it was the only one in the scrapyard that still worked. Luckily we arrived back in the UK in one piece, and this is where the fun begins! Don't expect a quick response to any delay claims (weeks will pass). Don't expect to be offered the full amount, as stated in the regulations on flight delays. Don't expect to receive the payout within the time limit they state (13 weeks in our case, it's now 15 weeks since they promised a payout, and over 6 months since the claim was first placed). Don't expect to get a response to any chasing emails. They ignore Tweets too. The only response I got on social media was posting to their FB wall (along with many other disgruntled customers) - you can't post directly to the wall, you have to put a comment in one of their posts. Despite the actual flights being OK (staff are lovely), there is no way I would ever fly with Small Planet again. They suffer badly from delays and their customer service is one of the worst I've encountered. I'd rather walk to my destination, it would probably be quicker.
1 to 10 of 85 Reviews