✅ Trip Verified | This is the worst airline ever. Had a flight scheduled from Orlando to N. Eleuthera. Flight was delayed multiple times because of not having an available Flight Attendant. After 6 hours the flight was finally cancelled and we were booked on a flight the following day to go from Orlando to Ft. Lauderdale and then to N. Eleuthera. The next morning at 6:00am, the flight to Ft. Lauderdale was delayed to the point of missing the connecting flight. Silver Airways said we could wait until the NEXT day or rent a car out of our own pocket and drive to Ft. Lauderdale. So we rented the car, barely made our flight leaving from Ft. Lauderdale but managed to reach N. Eleuthera a day late. We were told upon leaving Orlando that we would be reimbursed the flight cost from Orlando to Ft. Lauderdale and that it should hit our account within the next few days. Upon trying to leave N. Eleuthera, our flight was again delayed a dozen times and then ended up being cancelled. We were put up in a nice resort but by the time they had cancelled our flights, there were no restaurants open forcing us to eat at the resorts extremely expensive restaurant. We also had to extend our rental car to the next day so that we could reach the airport. We ended up being booked with BahamasAir and JetBlu for the trip back. Both airlines have always been fantastic so no further delays were experienced. Upon reaching Orlando, we again spoke with the ticket counter about getting our refund for the flights from Orlando to Ft. Lauderdale. After some time we were finally told that the refunds should be processing and should hit our account in 7-10 business days. Still haven't gotten the refunds and based on reviews, we consider it unlikely that we will get them or the refunds for all of the expenses the cancellations and delays ended up costing. I will never ever ever in my life fly Silver Airways again.
10/10

"the flight was very enjoyable"

✅ Trip Verified | My first time traveling with Silver Airways to George Town, Bahamas and I must say the flight was very enjoyable, the flight attendant was very professional. Our flight was delayed due to a issue with the plane so we had to wait for another one. Once we were able to leave, the captain apologized as soon as everyone was settle on the plane and explain to us why we were delayed. Which is not a problem at all. I would be safe and delayed then having a flight with complications in the air. We were all very thankful, not a problem at all "Great Job Captain"! The sound from the plane actually smooths you and in no time you are asleep. I could not believe I slept all the way there. I look forward to traveling with them again real soon. The flight attendant shared that they have all brand new planes coming out in the next couple of months. I look forward to the new plane experience. 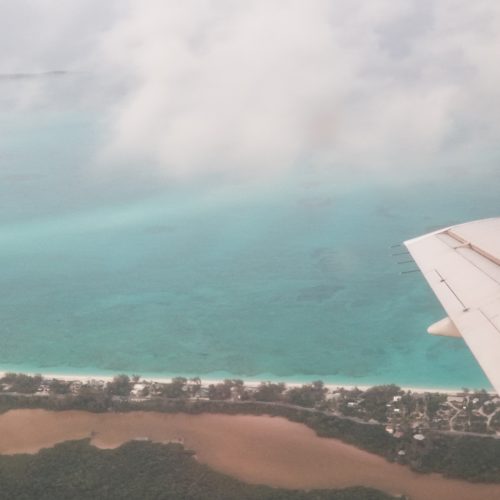 ✅ Trip Verified | Key West to Tampa. Silver Airways is the absolute worst airline I’ve ever flown. I have an expensive carry on bag that I always travel with. I was allowed to bring it on plane on original flight. On the return flight, an extremely rude and unprofessional flight attendant forced me off the plane to give ground crew my bag. Another gentleman entered the plane with the same bag and told me just to put my purse in my duffel carryon bag. I tried but she wouldn’t let me off the plane and wouldn’t offer to ask the ground crew to bring it to me. Then she came back to my seat and threatened to kick me off the plane in an extremely confrontational manner because she said I called the baggage handler a name. That never happened! There was no reason to be upset with him. I had no issue with him. Completely made that up to throw her weight around! All of that and there were empty compartment bins all over the plane. Worse than that is the condition of the planes. Felt and sounded like riding in a tin can. Pieces were broken off inside the plane and bathroom light was broken. Told to use our flashlight on our phones to see in bathroom. Steer clear of this low budget, high priced airline with extremely unprofessional employees abusing their power! There were people who had been waiting over 8 hours for flights in terminal and none of the employees could tell you an accurate status for your flight. My departure time changed 6 times in one hour fluctuating from 1-3 hours late! 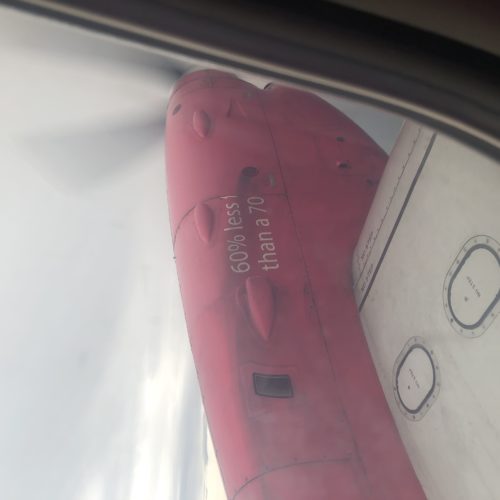 "8 hours unable to leave the gate"

✅ Trip Verified | This airline has provided some of the most awful customer service I've experienced in my life so far. They strung us along at a gate all day- changing the story and not providing by updates. We waited over 8 hours unable to leave the gate to even eat since we had no information- then finally the flight was cancelled without any actual explanation (along with almost every other flight that day). I was traveling with 2 small children as well. And we had to then get our bags, except that they were lost. The desk people were rude to everyone throughout the experience. The next Day, the new flight was also 2 hours delayed and once we boarded we sat on the tarmac another hour with badly functioning ac in the Florida summer heat. Terrible! Next time I'll pay more to avoid this awful air line. Flight also cancelled on our return trip & had to overnight. 2 previous vacation days wasted because of silver air. Also no functioning ac on any of these planes unless you're in the air- and you may never get in the air if you're taking silver.
1/10

"Customer Service has a lot to be desired"

Not Verified | Huntsville to Orlando. Booked our flight well in advance, to have them 11 hours before the flight was to leave to cancel! And of course they sent the text message after hours so you couldn't talk to anyone! I called this morning to talk to a Silver Airlines Representive and was told since I booked thru Expedia to call them and they hung up on me! No explanation, no nothing, just hung up! Called Expedia, they will try and refund my money but can't refund my return flight from Orlando because its still a running flight! What? If I can't get there I can't come back? Never again will I ever fly Silver Airlines! Consumer Beware - Customer Service has a lot to be desired. Pay a little more and fly another airline!
2/10

"they really upset me"

Not Verified | I don't leave many negative reviews unless I'm really upset. And they really upset me and my family. Delayed leaving Orlando no big deal. Coming back leaving Eleuthera got to the airport building at 12 for 2:15 flight. Sat out in the heat until 5:30 before they cancelled us and 4 other flights back to Florida. We knew it on Flight Tracker before they told us. Yeah they had to put us up half way down the island. Yeah they rebooked me but flew out of different airport 45 minutes away. Had to use taxis dropped $125 doing that. The "vouchers" they give you were only accepted by the airline that rebooked us and the room at the resort. The meal vouchers and taxi vouchers are worthless nobody wants and doesn't accept them. So we spent an extra day that I didn't really have from work getting back. Some people we met at the airport were on there second day of trying to leave and got stranded again.
1/10

✅ Trip Verified | This airline is a joke - I'm not sure how it stays in business. It is habitually late which is verified by many of the local Bahamians and even the Customs staff in the US. Our flight from Marsh Harbour to Fort Lauderdale was over two hours late and as a result we missed our connecting flight to PVD. Had to spend the night which cost me an additional $500 (traveling with a family of 6) plus a lost day of work. Silver would not agree to provide us with a voucher. Please, trust me when I tell you to find another carrier - you'll be glad you did.
1/10

✅ Trip Verified | Fort Lauderdale to Orlando. While trying to book with United I was sent to this poor excuse for an airline. They literally don't care that they are so lousy and dysfunctional. Their employees must have to go through training to teach them how to stay calm while being cursed out by annoyed passengers. Once you are at the gate you are at their mercy. Our plane was delayed a few times, and giving passengers updates was not their concern. The plane I was on was filthy and I felt like I was flying in an aircraft that was on the verge of losing a propeller or wing. As we took off (finally) I looked over and another passenger was doing the sign of the cross. Do not fly with these people unless you enjoy sittting at an airport gate with no idea if you will ever make it to your destination. Trust these reviews!
1/10

"the flight was cancelled"

Not Verified | Orlando to Pensacola. My flight was supposed to be from Orlando to Pensacola. I arrived at 4:45 PM for my 6:45 PM flight only to tell me the flight was cancelled because no flight attendants showed up. So now I have an 8 hour drive home, on little sleep, because I have an event early in the morning and staying overnight in Orlando isn’t an option. The company was unapologetic and made no attempts to assist, whether by providing a rental car, etc. Absolutely would NOT recommend!!
1/10

"Zero notification that it was cancelled"

✅ Trip Verified | Booked a 7.15 am flight to Pensacola. Got up super early, returned rental car, etc. went to check in to find our flight was cancelled. Zero notification that it was cancelled and even the monitor stated on time. Reason: no pilot. I’m a nurse. Could y’all imagine showing up to the hospital and me saying. Sorry. No nurse today. No. We take extra patients, we work extra shifts etc to meet the needs of our customers. The best they could get us was an arrival in Pensacola at 5.25 pm tonight. So here we sit with our luggage that we can’t even check in until 2 hours prior to departure. Happy first day of vacation. Thank you Silver Airways our hard earned vacation day at the airport was great. While in line I heard this is typical of this airline.
31 to 40 of 90 Reviews