"a rather good flight I must say"

✅ Trip Verified | Managed to get a good deal on Saudia from Kuala Lumpur to Istanbul via Jeddah. Was a little apprehensive having read the reviews on this airline but was surprised on how pleasant the flights were. To be honest, the pitch on their economy seats was a lot better than many legacy airlines - plenty of room to stretch the legs (and I am 5'5) and the front seat barely touched the knees even when fully reclined. Leather seats, so cool and comfortable. Was served 2 meals for a 7+ hour flight and they were quite delicious. Many have written that the plane toilets were dirty but I did not encounter that on all my Saudia flights on this trip (even on the return Istanbul - KL flight which was full). The only gripe was that insufficient water was provided throughout the flight - you have to ask for the extra bottle. Movies were not aplenty but there were some new Hollywood selections. A basic comfort kit was even provided for economy class passengers - a nice touch. Overall, a rather good flight I must say. I would fly this airline again especially with the 2 x 23kg baggage allowance they give! And no, they did not lose any of our luggage - everything arrived at the respective destinations well and good. Now coming to the airports - on-route to Istanbul, the transit airport was Jeddah for 1.5 hour layover. Yes, the transfer area was crowded and the toilets were not so clean - but coming from Malaysia, they are not that different from our highway toilets - wet, doesn't smell good but honestly, tolerable. Coming back, the layover was at Riyahd airport - bigger, more pleasant although only 1 toilet area for the whole departure lounge.
5/10

✅ Trip Verified | My seat was 48L I asked for the mineral water because the one given earlier finished. The stewardess says 'later'. After 1 hour I have not received, I asked again the same stewardess when she passed by and until the end of my journey I haven't received the water as requested - bad service. The toilets seems not checked by the staff and it was awful. Do not intend to fly with the airline any more.
1/10

Not Verified | Munich to Lahore via Jeddah. 8 hours of delay. Delay is not the issue, they have written a rule on board that if your stay is more than 6 hours they will give you a hotel room. Now they are saying that the rooms are only for EU, American and Canadian passports. And they only give transit visa to EU, American and Canadian passports. Worst experience. No compensation. The terminal is poor. No place to eat. No KFC no McDonalds nothing.
8/10

"all marks to their efficiency"

Not Verified | Lahore to Jeddah via Dubai. It was my first time travelling via Saudia with family. The flight was at 11 AM, we reached airport at 7:30 AM and after checking process / security reached counter at around 8 AM> The check-in staff was good and they were cooperative, anyhow they took alot of time as the lady issuing boarding cards was new induction Flight was on time and those who were with families were called to board the aircraft before travelers travelling alone. The attitude of male flight pursers at the aircraft door was harsh and a lot was left desired. Aircraft was new. Flight was uneventful, smooth takeoff and food was served about after 45 minutes. They had two meals chicken or fish, my son opted for chicken but he did not like it, he being diabetic needed to eat, so I asked flight crew for additional meal for him, which they obliged, rather their attitude towards my son became more caring. We landed on time and since we were transit passengers so we were sent to transit lounge. Then for the next flight for Dubai once I passed through the security check / check-in counter it was found that Saudia Staff at Pakistan has issued me with two boarding cards for Lahore to Jeddah flight, however other family members had correct boarding passes. This caused delay in my move to aircraft and consequently my family was also stopped, however after checking our tickets and online confirmation we were allowed to board the aircraft. Cabin crew on our flight to Jeddah was very cooperative, kind and caring, all marks to their efficiency. The aircraft was new and very clean. 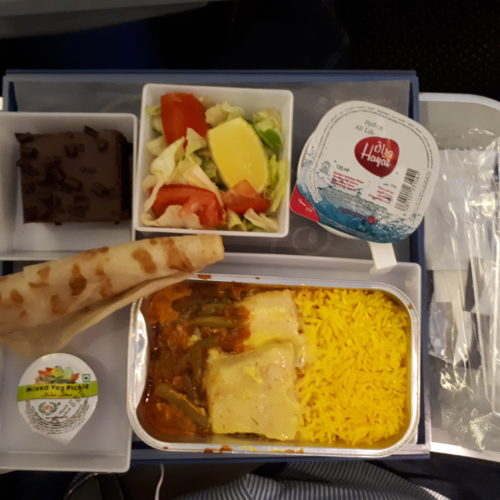 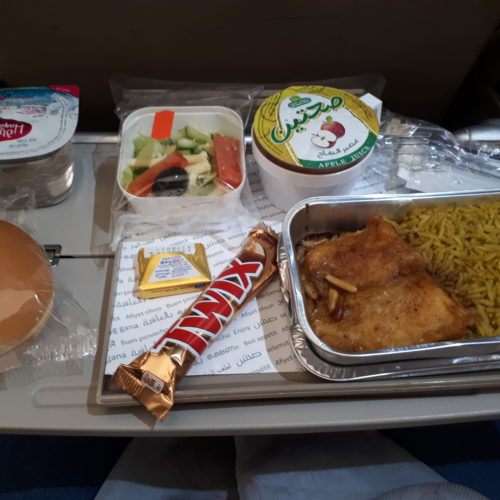 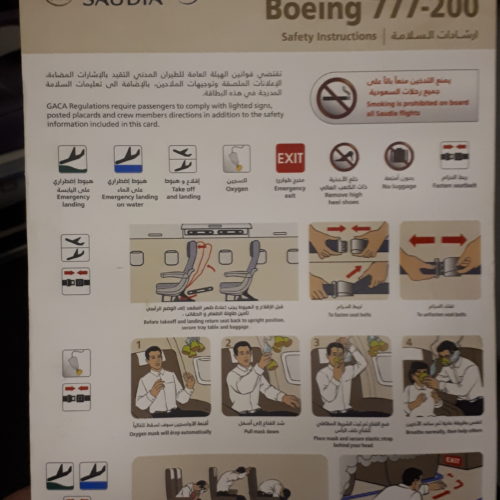 ✅ Trip Verified | Dammam to Los Angeles via Jeddah. I lost my tablet when arriving from Dammam and transit to Jeddah. I discovered that I missed it in the plan when I was in the security check point. I contacted Saudi Airline almost 35 minutes from my arrival. They said they checked the plane but did not find anything. The Executive managers did not help at all. As I complained, they made me miss my next flight. I was left with nobody to talk to till 10:30 am. I cannot go back to the border as my exit from KSA was final. I had to book a new flight. I paid from my own pocket the new trip starting after 17 hours from my arrival to Jeddah. At around 10:30 am I told my story to the next shift manager. I asked him how to catch the new booked flight. He helped me at around 12:0 pm to catch the flight booked on Etihad to Abu Dhabi then LA. Saudi airlines did not transfer my checked luggage to Etihad and ended up with no luggage at the end of my trip. Saudi Airlines is lacking professional services and customer respect.
4/10

"I was totally ignored"

✅ Trip Verified | Jeddah to Dubai. My seat 35L window I was totally ignored, the cabin crew only interacted with the gentleman sitting at the aisle. Very surprised to see that they were serving ladies after men not caring of a simple worldwide etiquette, never happened with other airlines. My seat was broken and really uncomfortable I was trying to ask for a cushion but I gave up since they did not care of me. Moreover the access to the lounge in the terminal is restricted to frequent flyers and they don’t accept credit cards.
1/10

"luggage left behind at Jeddah"

✅ Trip Verified | I travelled with Saudia on 5th December from JFK to Dhaka via Jeddah, and arrived at around 1.30 in the morning. After long flight when I went to pick up luggage the Saudi airlines ground operation crew told me that the luggage has been left behind at Jeddah. They told me that it Will be coming next flight. They ask my info and told me that they will let me know when it is available. After 2 days no communication from them. Then I called them back and they said it will Take another 2 days to 3 days. I requested them to get the operation managers phone number they refused to give. I am helpless at this point what should I do. All my belongings with checked in bag.
5/10

"Seats are not that comfortable"

✅ Trip Verified | Jeddah to Manila business class. Aircraft that time was their old B777-300. Seats are not that comfortable and it will not give you fully reclined seat compare to some of their Boeing 777-300. No overnight given to us the fact that we are in business class, one of the pax was complaining to the CM regarding the kit but all he can say is shortage although he apologized. Given the fact that their tickets are not cheap. While their business class lounge is so outdated and small. Toilets are small and dirty, selection of foods are limited. If Saudia is trying to compete with Qatar Airways and Emirates they should improve their airport, lounge, make their aircraft clean, and fix their old aircraft. In my opinion nothing can beat Qatar Airways with regards to their in-flight service, their well maintained aircraft, hospitality of the crew on board, friendly ground stuff, their huge and beautiful first/business class lounge.
1/10

"movie selection is so terrible"

Not Verified | Los Angeles to Hyderabad via Jeddah. The crew was rude, the food was so bad that I didn't eat. The asked me to move seats because I was traveling alone, which I willingly did. But, the entertainment system didn't work in seat they moved me to, so they moved me to another seat, but the seat recline didn't work. And I know it's only a slight recline anyway, but on a 15 hour flight every little bit helps. The movie selection is so terrible. The few they had were edited so poorly that it wasn't worth watching. And to top it off, Jeddah airport is the most disgusting airport I've been too. Please don't fly them. I'm sorry to provide such a negative review, but they truly earned it!
1/10

Not Verified | Los Angeles to Jeddah. Very bad service with very little portions of food. If you ask for extra bread they say we don’t have extra. Bathrooms are very dirty. The staff have a very bad attitude. No respect for passengers. Never had this experience with any airlines before it’s my first time and my last time with Saudia. I don’t recommend it to anybody.
21 to 30 of 302 Reviews